Queen Elizabeth Has A Number Of Firsts During Video Call, Including A Virtual Music Performance

The Queen recently took part in a video call to celebrate Commonwealth volunteers during which she was treated to her first-ever virtual musical performance.

RELATED: Queen Elizabeth Is Back In The Saddle As She Goes Horseback Riding At Windsor Castle

Nikoletta Polydorou runs the symphony that helps “transform the lives” of youth, many from refugee backgrounds. 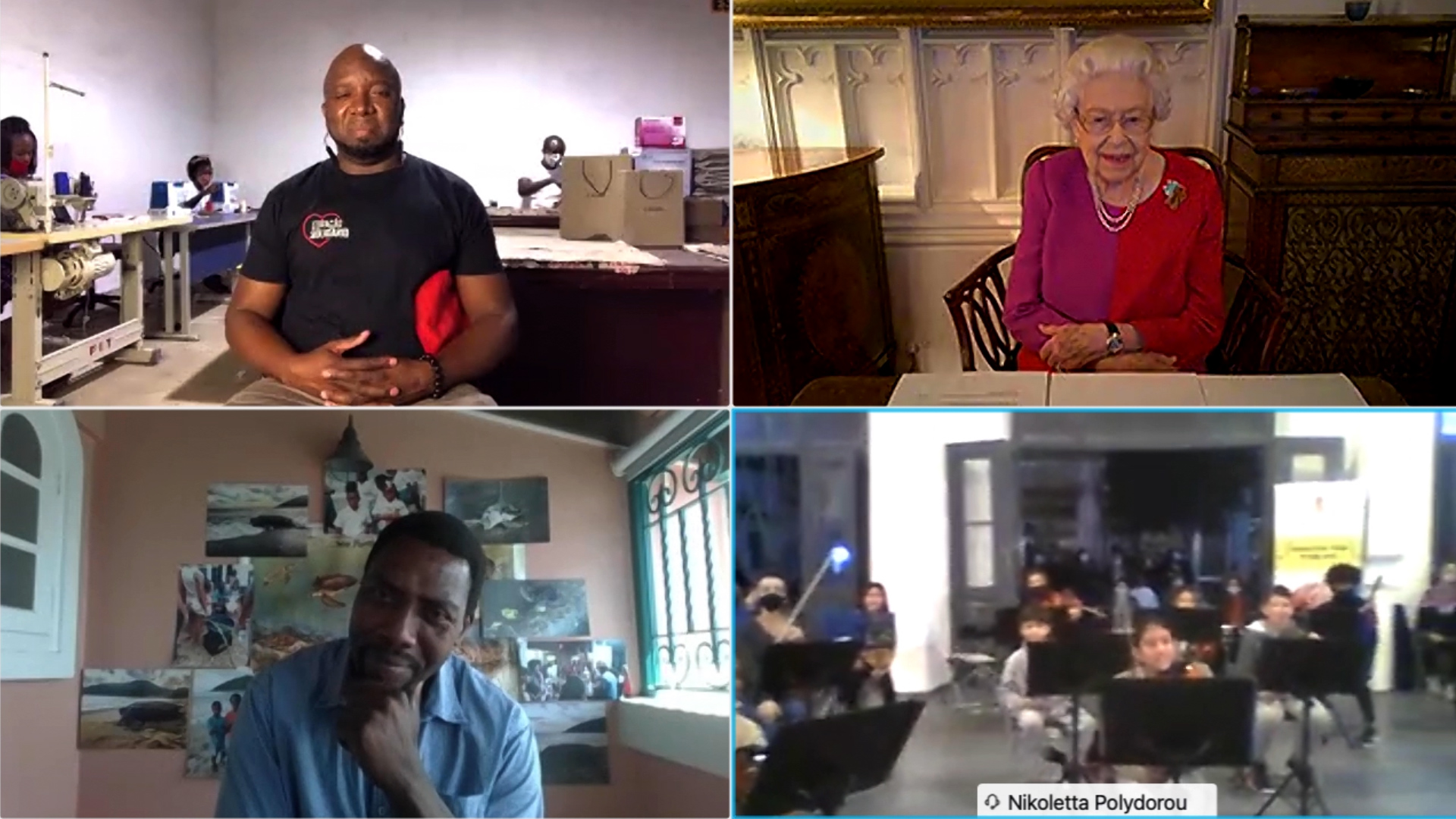 During the call, the Queen met multiple recipients of the Commonwealth Points of Light award, including Polydorou of Cyprus, Len Peters of Trinidad and Tobago, and Ruy Santos of Mozambique.

Santos, who founded the collaborative working space that promotes nutrition, education, and youth employment called Makobo, provided Queen Elizabeth with another first — a facemask as a gift.

The facemask was one of Makobo’s handmade creations by the women the centre supports, which Santos said came “from Mozambique with love.” The women have created over 6,000 masks for hospitals, charities, and underprivileged communities.

“That is very kind of you,” the Queen responded.

🇲🇿Ruy from Mozambique took The Queen on her first ever virtual tour to show his soup kitchen which fed 6,000 people a day during the pandemic

Ruy has also been working with local dressmakers to produce handmade facemasks and presented The Queen with her first gift of a facemask pic.twitter.com/WMVSVtIn19

The centre also acts as a soup kitchen, which fed 6,000 people a day during the pandemic, including lunches for school children.

“We are trying to replicate the lunchbox initiative and…kitchen all over the country to feed one million children by the end of 2025. But it’s more than food, we want to promote more opportunities for young people and especially women to reduce the high rates of malnutrition and illiteracy in Mozambique that affects 80 per cent of our population,” Santos said.