As the United Kingdom comes out of its second lockdown, Prince William and Kate Middleton will make a number of stops by the Royal Train to reach numerous communities.

On Sunday evening, the couple boarded the Royal Trian where they will then travel 2011 km, making stops in England, Scotland and Wales, until Tuesday.

Singer Shakin’ Stevens performed “Merry Christmas Everyone” as the Duke and Duchess of Cambridge met transport workers at Euston station, a song they personally requested.

According to a press release from Kensington Palace, the two will follow government guidelines while visiting “frontline workers, volunteers, care home staff, teachers, schoolchildren and young people to hear about their experiences, sacrifices and the inspiring work they have done” throughout 2020.

RELATED: Kate Middleton To Miss Out On Wearing Tiara At Grand Royal Event

And with the trip coming during the festive season, a number of performances in all the locations visited will take place to help showcase the local artists who have been supported by the Culture Recovery Fund.

To kick off the trip, Joe Whale — better known as the 10-year-old Doodle Boy — created a drawing to celebrate. 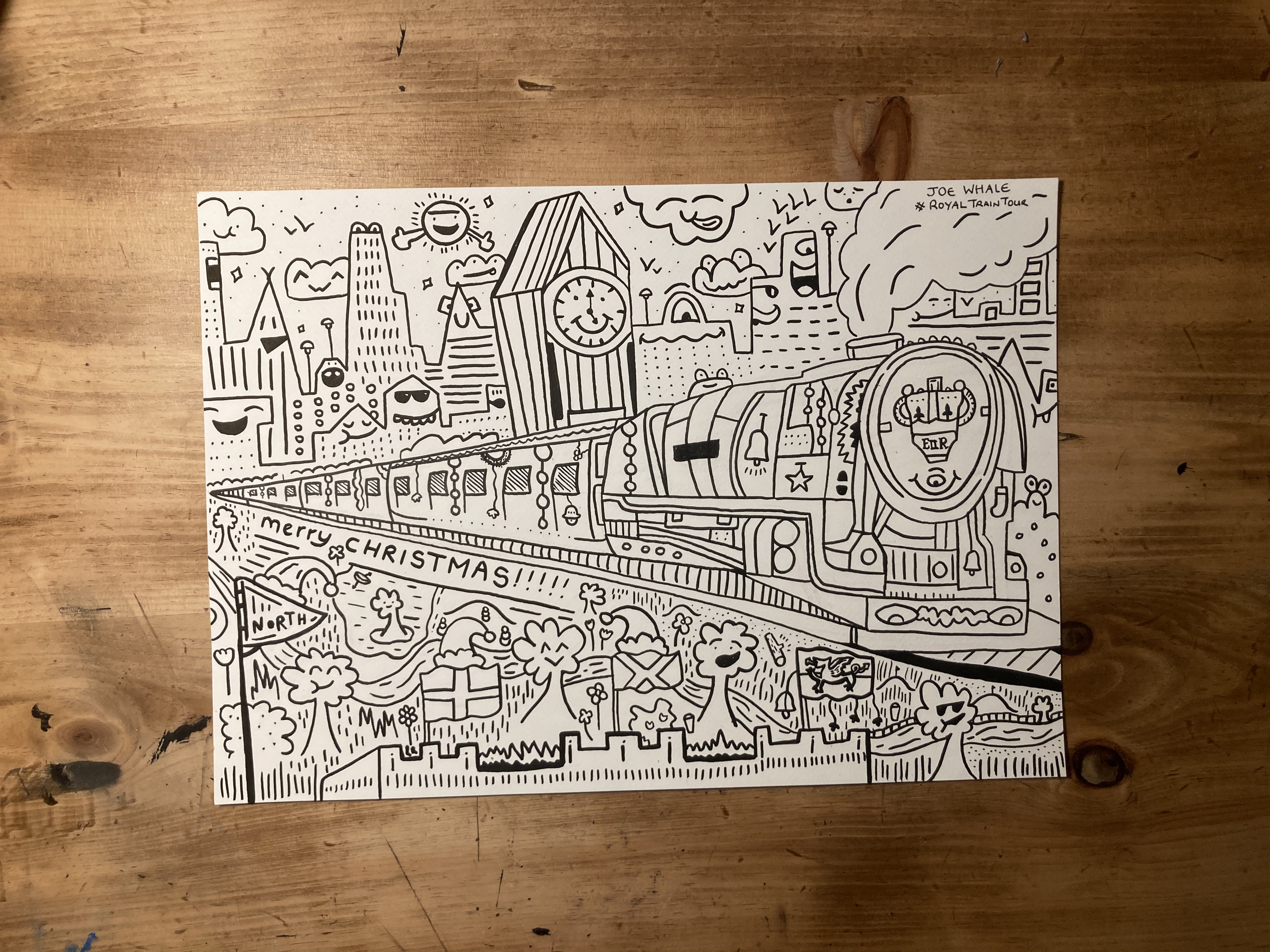 The Royal Train was first used 178 years ago, with Queen Victoria being the first sovereign to take the train in June 1842. But during the Silver Jubilee, the Royal Train carriages were formed and have been used ever since.

“The Duke and Duchess are very much looking forward to shining a spotlight on the incredible work that has been done across the country throughout this difficult year and to sharing their gratitude on behalf of the nation for all those supporting their local communities ahead of the Christmas holidays,” a spokesperson said.