The kids of Prince William and Kate Middleton joined their royal parents for their first ever red carpet at The London Palladium on Friday night to watch a special pantomime.

WATCH: William and Kate bring the 3 Cambridge children to the red carpet for a special Panto at @LondonPalladium. Prince George, Princess Charlotte and Prince Louis strode up the red carpet with Mum and Dad pic.twitter.com/ZzZwJeR5Qr

The Duke of Cambridge gave a short speech, which included paying tribute to “national treasure” Dame Barbara Windsor, best known for her role on “EastEnders”, who died the day before.

“She was a giant of the entertainment world, and of course a legend on pantomime stages across the country including here at the London Palladium. And I know we’ll all miss her hugely,” Prince William said.

During the interval of tonight's special performance of The National Lottery’s Pantoland at The Palladium, The Duke and Duchess met a small number of key worker families to hear more about their experiences over the past year. pic.twitter.com/6lR2hJC4rr

— The Duke and Duchess of Cambridge (@KensingtonRoyal) December 11, 2020

Then honouring the key workers, William added, “You have given your absolute all this year, and made remarkable sacrifices. So too have your families, who I’m sure have seen far less of you than they would have liked. It’s lovely that you are all here together tonight. You are representative of the huge number of people across the UK who have stepped forward to make a difference this year in so many crucial ways. The country owes you a huge debt of gratitude.” 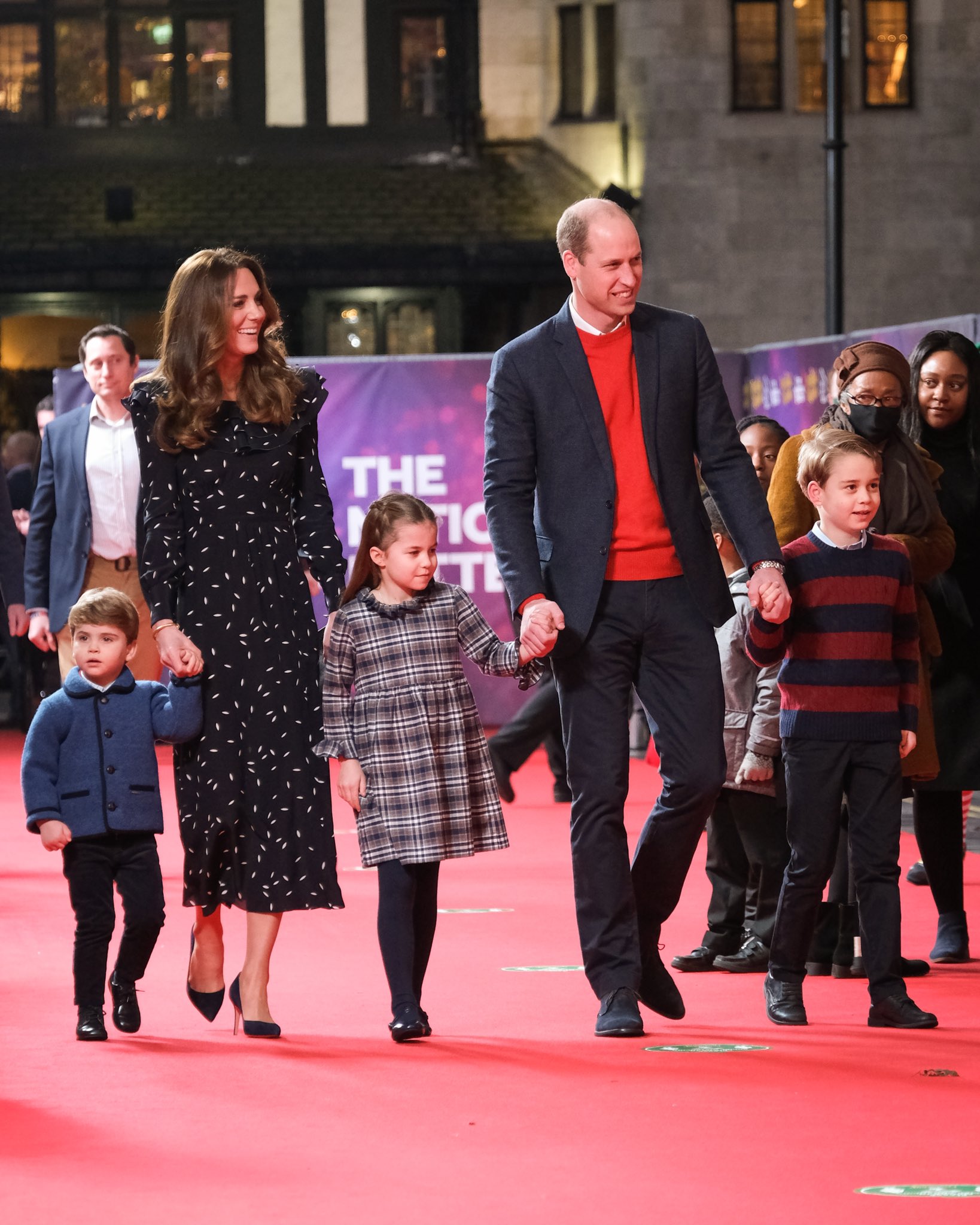 Prince George, 7, looks particularly grown up in a striped navy and red sweater, while Princess Charlotte, 5, wore a festive plaid dress. But it was Prince Louis, 2, who stole the show with his wide-eyed wonder in a blue button up jacket previously worn by George.

The kids are said to have thoroughly enjoyed the performance, with Louis sitting on Kate’s lap for much of the show.