Common is remembering Ahmaud Arbery while also helping out those less fortunate.

Arbery was an unarmed Black man who was shot and killed while jogging in February. The incident was caught on film.

On Friday, Dec. 18, Common made an appearance at a local community centre near where Arbery was killed in Brunswick, Georgia. 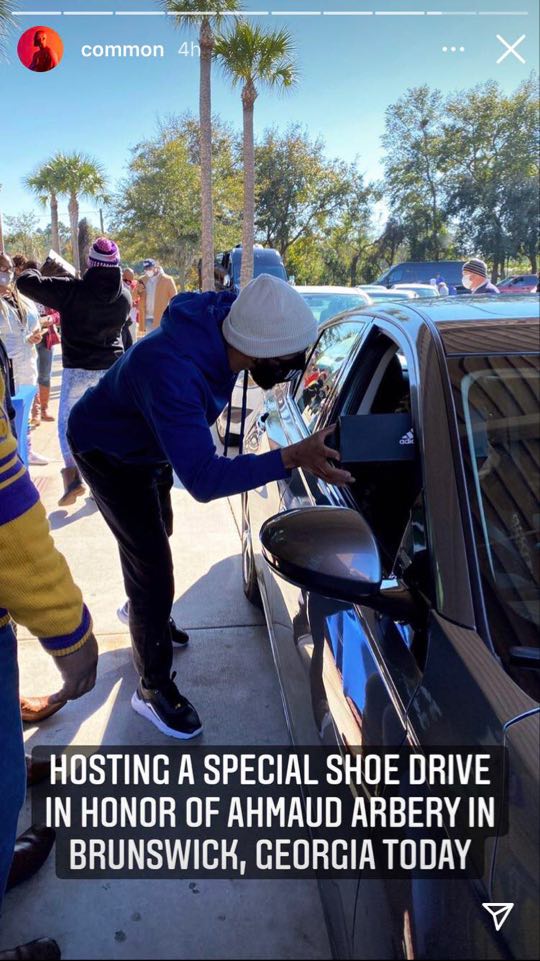 In photographs shared to his Instagram Stories, the rapper can be seen handing out stacks of Adidas boxes to those in need.

The artist also held a private meeting with Arbery’s mother, Wanda, according to TMZ.

Common and Wanda reportedly spoke about achieving justice for Arbery, as well as keeping his name alive.

The three white men charged with the murder of recently pleaded not guilty.

The case led to a national outcry after a cellphone video of the shooting surfaced on the Internet.