Justin Bieber Says Hillsong Is No Longer His Church

Hillsong Church has lost its most famous member.

Justin Bieber took time on Monday to refute a report that he was studying to become a minister at Hillsong Church, a place of worship he had been associated with for years, saying that Hillsong “is not my church.”

RELATED: Justin Bieber Is Once Again Challenging Tom Cruise To A Fight

Bieber posted his thoughts on his Instagram story, writing, “I’m not studying to be a minister or anything even close to that. Have no desire for that [.] [T]his is fake news.”

In a subsequent post he added, “And btw, Hillsong is not my church.. For clarity, I am part of Churchome.” 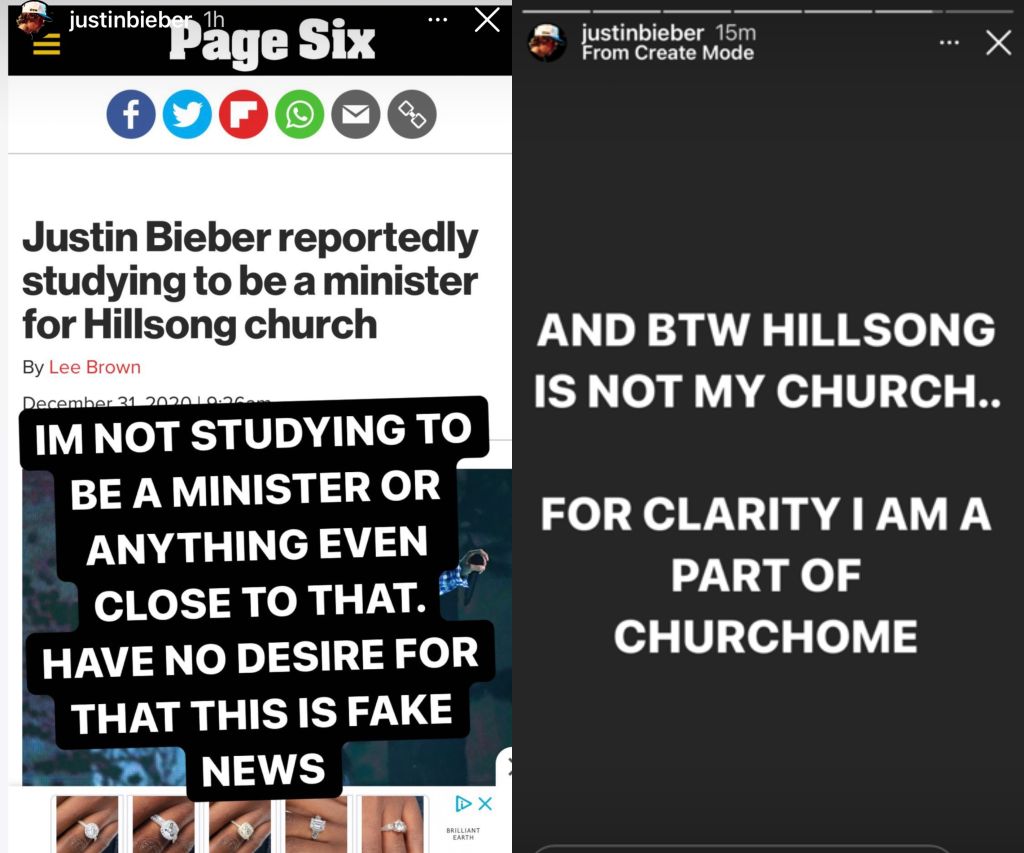 Bieber’s announcement comes after his former pal and Hillsong pastor Carl Lentz was ousted from his leadership role in the church for having an extramarital affair.

Churchome, a registered non-profit organization in the U.S., is self-described as believing “that Jesus perfectly reveals the true heart of God.” The church’s website declares that, in their view, “[Jesus is] not a distant or indifferent dad who scowls with arms crossed as he considers all you’ve wasted and everything you’ve broken. Instead, he’s a God who loves you, whose arms are open wide to welcome people home.”

Churchome says “the big idea” behind their community, “is that every woman, man, girl and boy — every age, every race   would find a home in God.” Adding, “A home where they belong. God has made us a family, and we want to be a community that operates as a family.”

Bieber was a member of Hillsong Church since at least 2014. At one point, the pop superstar was so close to the Carl Lentz that the pair lived together. They reportedly had a falling out in 2018.