A livestreamed concert will mark the fifth anniversary of David Bowie’s death and what would have been the music icon’s 74th birthday this week.

A variety of musicians and celebrities will come together for “A Bowie Celebration: Just For One Day”, a special virtual event in support of Save The Children. The event will feature artists who worked directly with Bowie and those who have been inspired by his music. 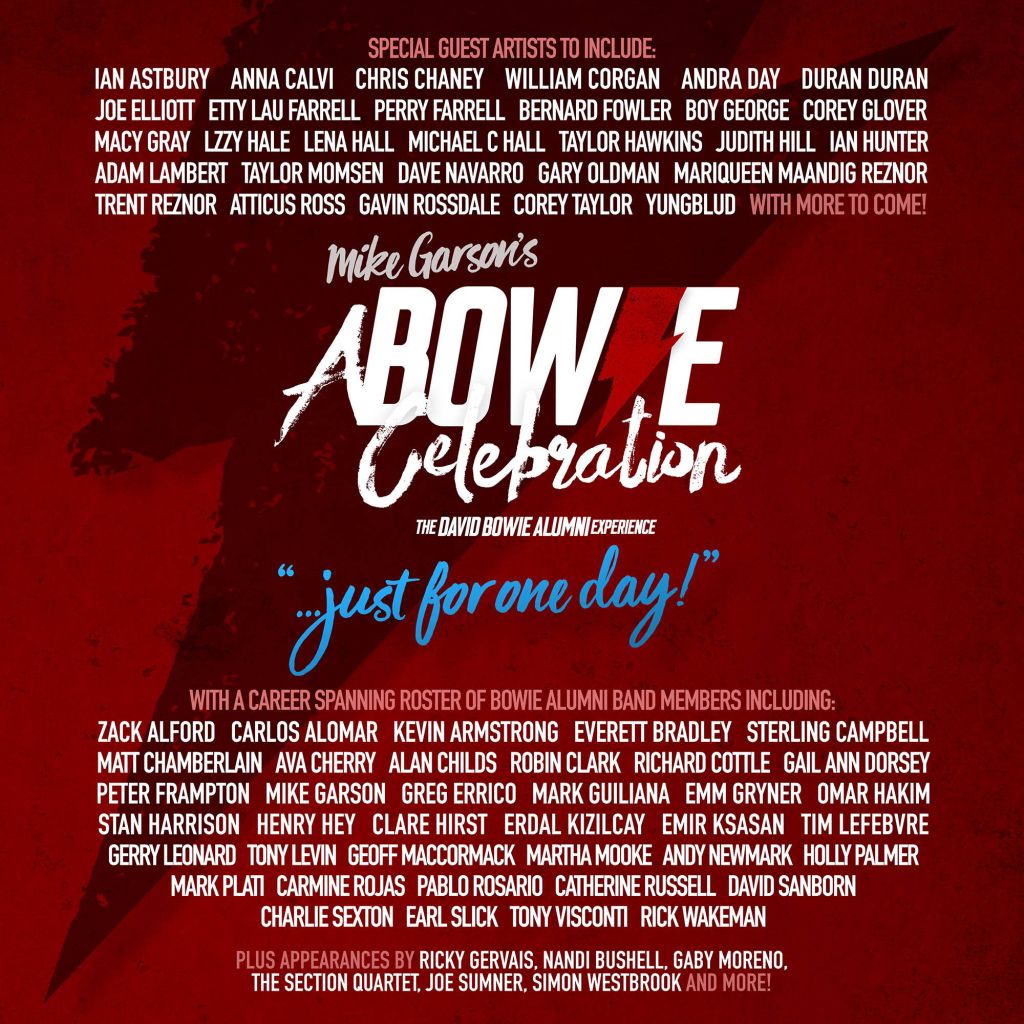 Alumni of Bowie’s bands spanning from his 1969 self-titled album to his final album Blackstar will also take the stage to pay tribute to the singer during the event.

With $2 per ticket being donated to Save The Children, the three-hour event will be available online as of 6 p.m. PT on a loop for 24 hours to ticket holders and can be purchased online.