Lana Del Rey’s newest album is almost here and to tease the upcoming music video she shared the cover art and song list.

“There’s always turmoil and upheaval and in the midst of it- there’s always beautiful music too introducing my new album chemtrails over the country club,” Del Rey captioned the black and white cover.

RELATED: Lana Del Rey Is In A Sling After Wiping Out While Figure Skating

It was unclear if Del Rey was responding to a particular comment but the singer addressed the lack of diversity on the cover after many people expressed their displeasure.

“I also want to say that with everything going on this year! And no this was not intended-these are my best friends, since you are asking today. And damn! As it happens when it comes to my amazing friends and this cover yes there are people of colour on this records picture and that’s all I’ll say about that.”

Del Rey then named a few of her friends that appear with her and will also feature in a music video. 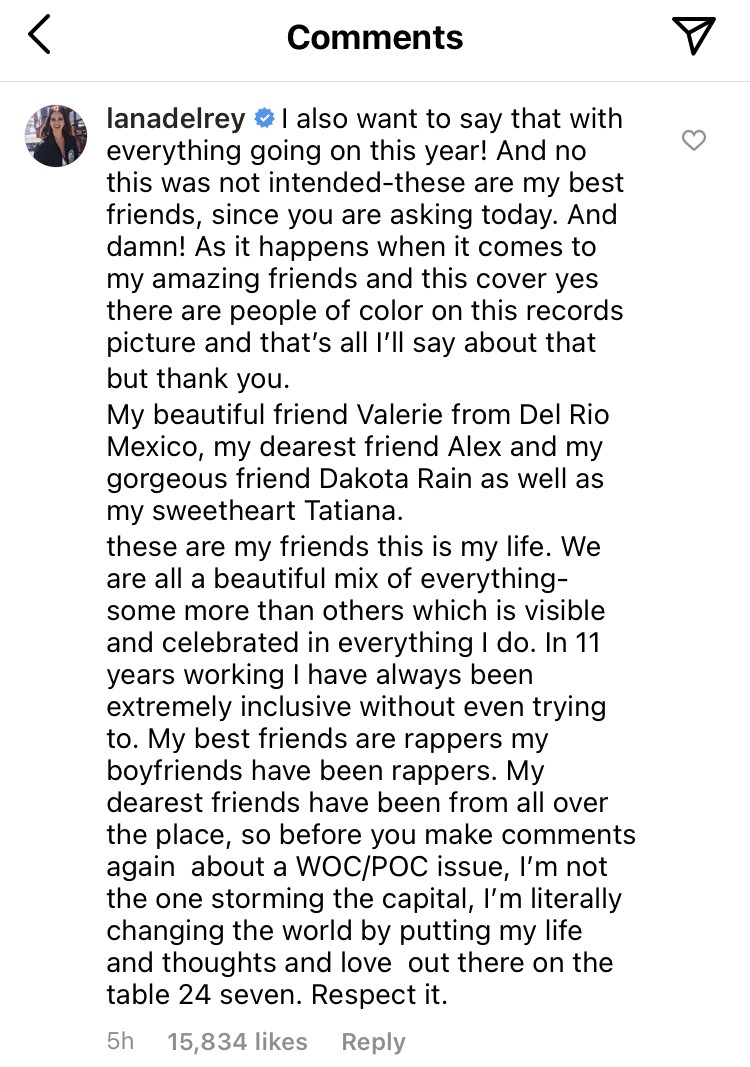 She continued, “We are all a beautiful mix of everything- some more than others which is visible and celebrated in everything I do. In 11 years working I have always been extremely inclusive without even trying to. My best friends are rappers my boyfriends have been rappers. My dearest friends have been from all over the place, so before you make comments again about a WOC/POC issue, I’m not the one storming the capital, I’m literally changing the world by putting my life and thoughts and love out there on the table 24 seven. Respect it.”

The tracklist includes songs “White Dress”, “Wild at Heart” and “Let Me Love You Like A Woman” which was released in October.

The exact release date has not been announced but the music video for “Let Me Love You Like A Woman” will be released Jan. 11.