Dwayne Johnson is offering fans a look at his latest project, and it’s a personal one.

Following the previous release of a teaser, on Tuesday the former WWE superstar shared the first full trailer for “Young Rock”, a new NBC sitcom based on his unusual childhood, growing up in Hawaii as the son of a professional wrestler.

And man the lessons I learned along the way from loved ones who now walk in the clouds.

Previously, Johnson shared a teaser for the show on Instagram, writing in the caption that he “really” wished his father Rocky Johnson — who passed away on Jan. 15, 2020 — “was around to see this one. Maaaaan he would’ve been proud.”

Added Johnson, “And yes, I was clearly kicking puberty’s a** at 15yrs old and becoming a tequila tycoon by the time I was 10.”

Appearing on NBC’s TCA press tour, Johnson said the process of going through his upbringing to bring the show to life “was incredibly complicated and it was incredibly tough.”

Recalling his father, who passed away in January 2020 at age 75, the actor said, “Growing up, and you know we specifically went with these timelines in my life that were very defining times at 10 years old, 15 and 18 … there’s a lot of things in between those years that took place … but it was complicated and the relationship that I had with my dad was incredibly complicated — that was fuelled by tough love.”

He continued, “My dad was kicked out of his house at 13 and he was homeless, so that then shaped the man who then raised me. And in that complication came an extraordinary life that was full of travel. I lived in 13 different states by the time I was 13 years old, also lived in New Zealand.”

The Rock’s father will be played by Joseph Lee Anderson on the show, and Johnson said, “My dad died one year ago this month last year, he died suddenly, and he’s obviously featured throughout the show and Joseph, he did a tremendous job playing my dad.”

“From growing up in a strong and resilient family, to being surrounded by the wild characters of his professional wrestling family, to playing football at the University of Miami, the show will explore the crazy rollercoaster that has shaped Dwayne into the man he is today and the larger-than-life characters he’s met along the way,” the release adds. 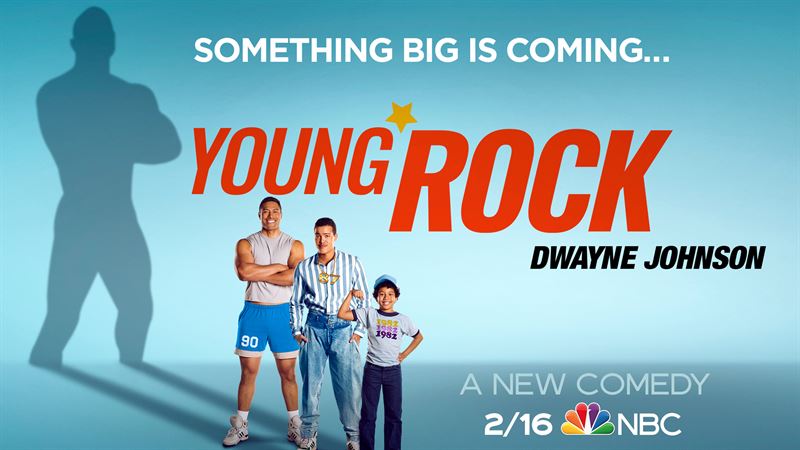 Johnson himself will make brief appearances in each episode, while three young actors will play Johnson at various stages in his youth: Adrian Groulx will play Johnson as a child, Bradley Constant as a 15-year-old Rock — rocking a “full moustache” — and “Marco Polo” star Uli Latukefu as Johnson in his college years.