The 24-year-old daughter of Madonna launched her official account by posting a shot from the Parade X Juicy Couture campaign she recently starred in.

While most comments underneath the post were supportive and positive, some Instagram users felt the need to share strange remarks about the model’s famous mom. And Lourdes had a response for all of them. 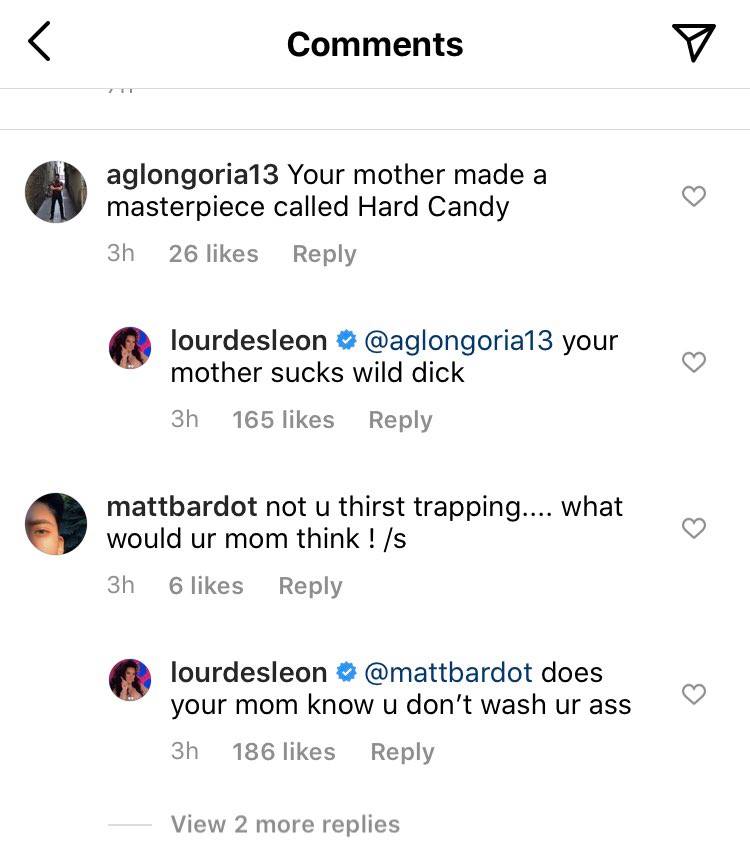 RELATED: Madonna’s Daughter Lourdes Leon Bares It All For An Art Basel Performance

“Your mother made a masterpiece called Hard Candy,” wrote one fan.

Another fan posted, “Not u thirst trapping…what would your mom think!”

Leon, who goes by the name Lola, has also featured in previous modelling campaigns for Adidas and Stella McCartney.