Saweetie Wants To Perform The Pepsi Super Bowl Halftime Show: ‘I Could Definitely See That In My Future’

Pepsi’s Super Bowl Halftime Show is one of the most-watched TV events of the year, a stage that Saweetie believes she’s ready to tackle.

“To have that platform, wow, that has to be an amazing moment,” Saweetie told ET Canada. “I loved when Beyoncé performed! She shut it down when she took a moment to represent our community and culture. That moment showed me the power an artist has, so I’m happy she showed girls that look like her that you can do it too.”

When asked what a Saweetie Halftime Show performance would look like, the 27-year-old admitted, that she’s not quite sure yet as there are a few factors that could ultimately change the aesthetic of the show.

“It depends on the climate of what is going on and what hits are circulating at the moment, but I could definitely see that in my future,” she said.

Saweetie is no stranger to the big game as her grandfather, Willie Harper, won the Super Bowl as a linebacker on the San Fransisco 49ers in 1981. Her love for watching the game transcended as she ended up playing on the Powder Puff team in high school. 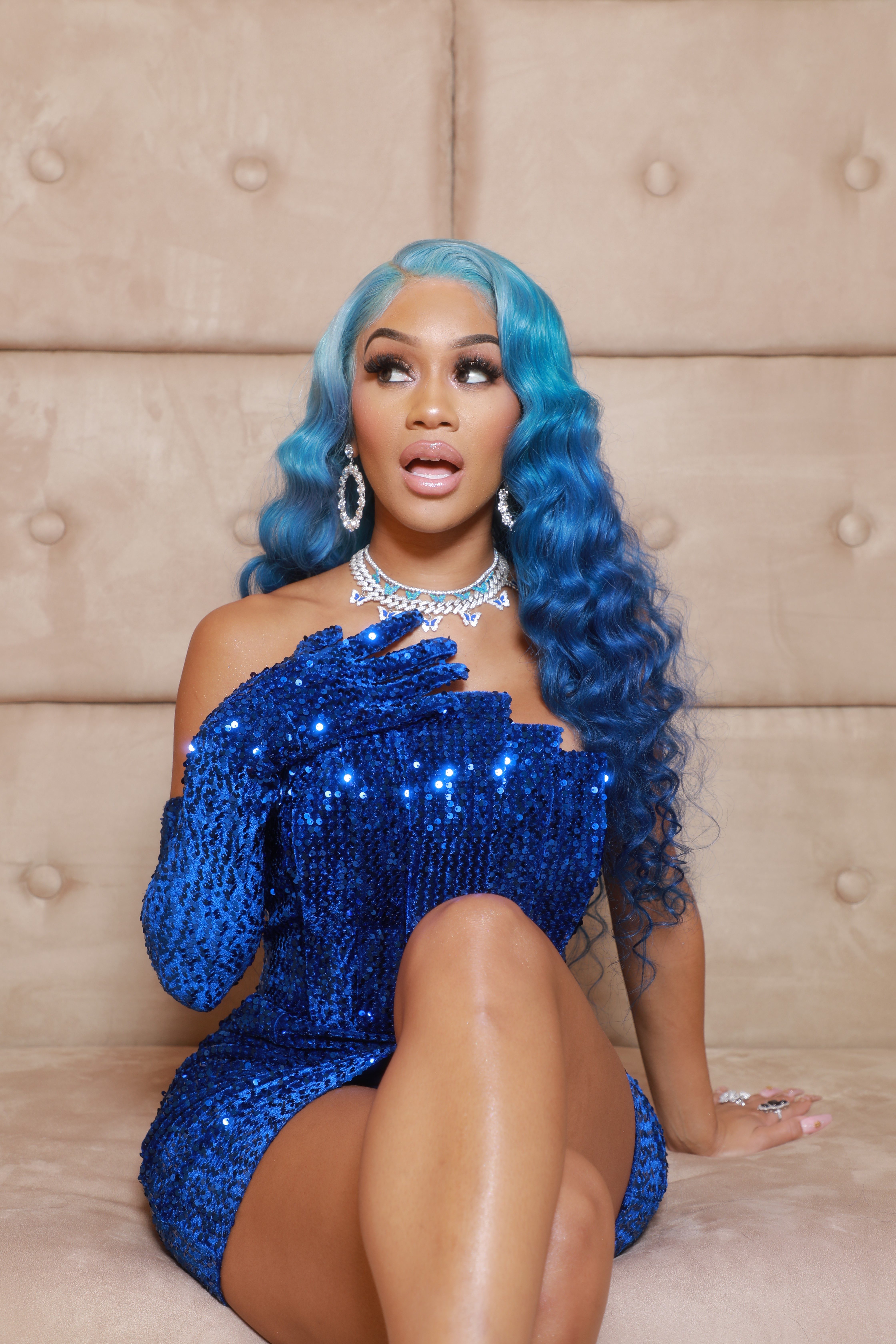 “I actually played quarterback,” Saweetie said. “I wasn’t wearing these nails, but as you can see my hands are bigger than the average female’s hands so I can grip the football well.”

This year, Super Bowl LV will be hosted in Tampa, Florida between the Kansas City Chiefs and the Tampa Bay Buccaneers. Though plans will no doubt be different this year due to the COVID-19 pandemic, many events will still continue virtually.

RELATED: Amanda Gorman ‘Humbled To Be The First Poet’ To Take Part In Super Bowl

“I’ll be attending Super Bowl and the festivities in Tampa,” Saweetie said. “We’re having a Saweetie Bowl. I’ve been to Tampa once, but I’m excited to enjoy that warm weather again because California is freezing.”

As for who will win next Sunday, Saweetie says she can’t pick a team as she’s dedicated to the 49ers, but does plan on wearing her grandfather’s winning ring as the ultimate weekend accessory.