Megan Fox sparked engagement rumours after she was spotted sporting a large ring on her left hand this week.

The “Transformers” actress has been in a relationship with Machine Gun Kelly since splitting from Brian Austin Green last year.

Fox was photographed wearing the sparkler while out in New York on Thursday.

The 34-year-old star and her 30-year-old beau were in the city ahead of Kelly’s performance on “Saturday Night Live” this weekend.

However, Fox took to Instagram Stories on Friday to clear up engagement speculation by posting a close-up picture of the ring. 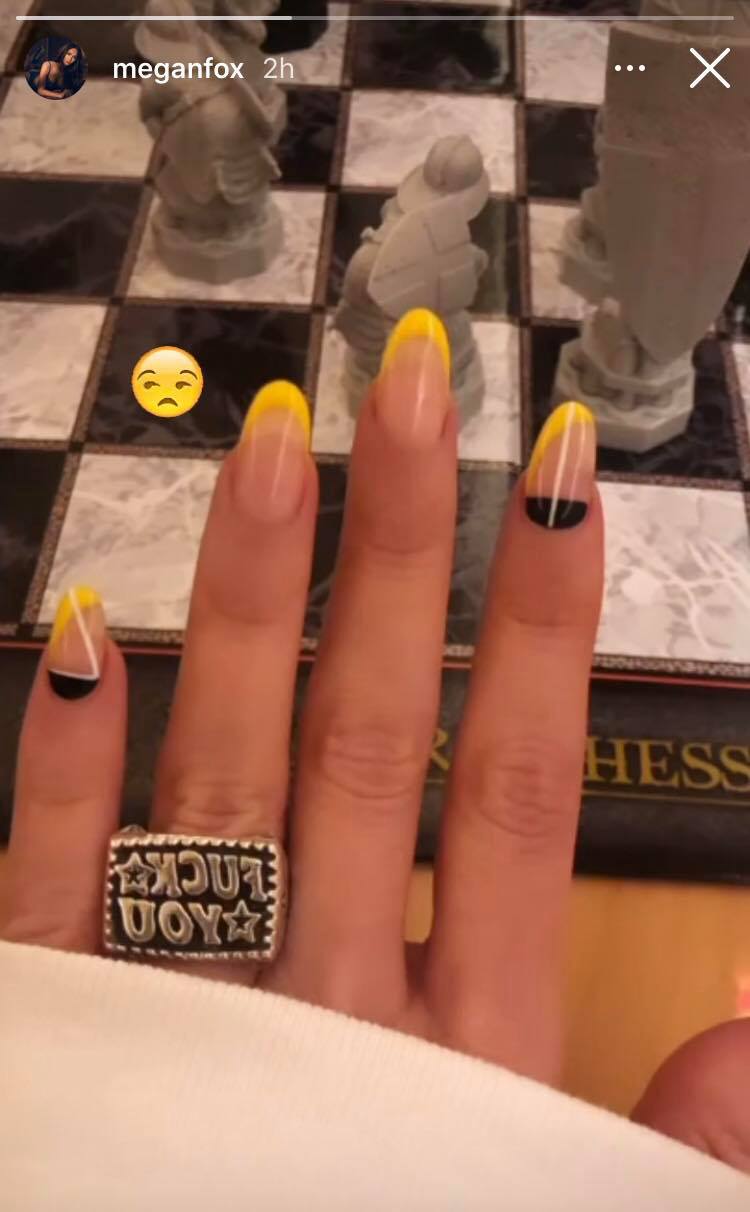 The rectangle-shaped jewellery piece is emblazoned with the words “F**K YOU”. It also has a few stones surrounding the base.

Some fans pointed out that Kelly has previously been seen wearing the same ring.