Jamie Lynn Spears has a clear message for the media: “Do better”.

The 29-year-old actress is speaking out following the recent “Framing Britney” documentary, which chronicled the cruel treatment her older sister was subjected to by members of the paparazzi and some interviewers. 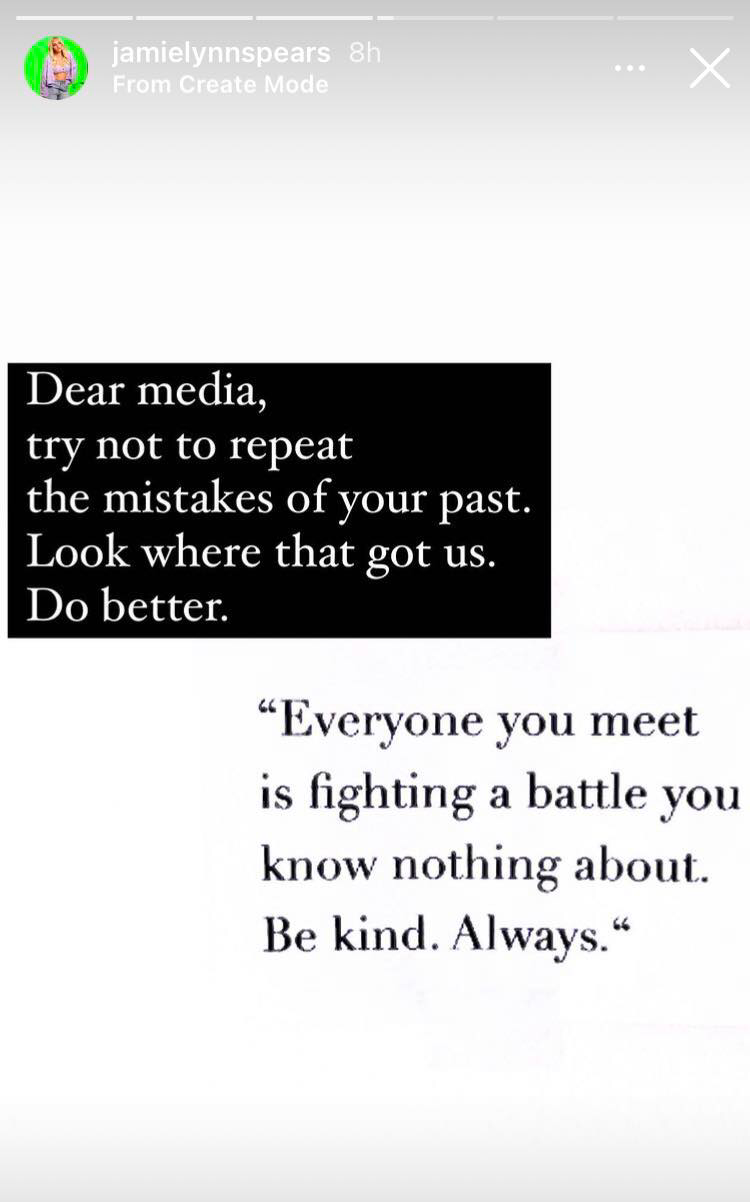 “Dear media, try not to repeat the mistakes of your past. Look where that got us. Do better,” wrote the former “Zoey 101” star on Instagram Stories.

Diane Sawyer and Matt Lauer are among the broadcasters who have been criticized for asking Britney “misogynistic” questions during past interviews.

Jamie Lynn also clarified reports about her attending a virtual rally in support of the #FreeBritney movement on Feb. 11. 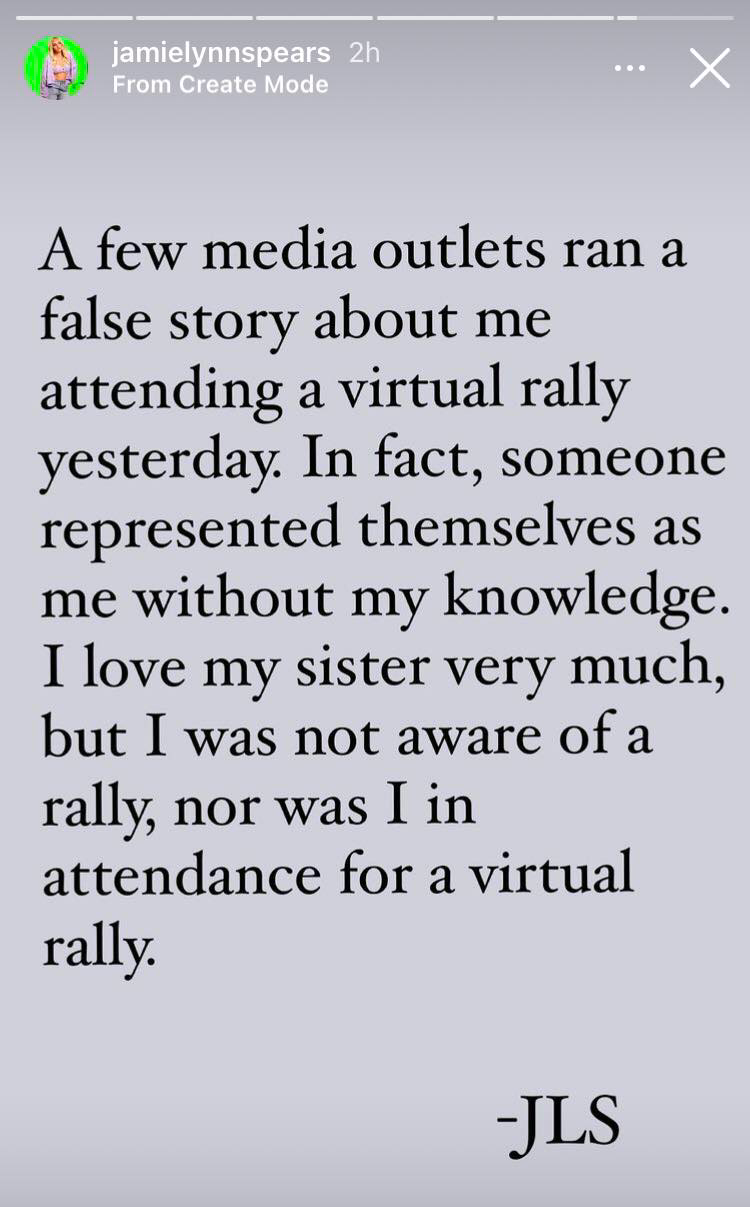 “Someone represented themselves as me without my knowledge,” she explained. “I love my sister very much, but I was not aware of a rally, nor was I in attendance for a virtual rally.”