The former “Bachelor” star took to her Instagram Story to make the announcement on Feb. 12. 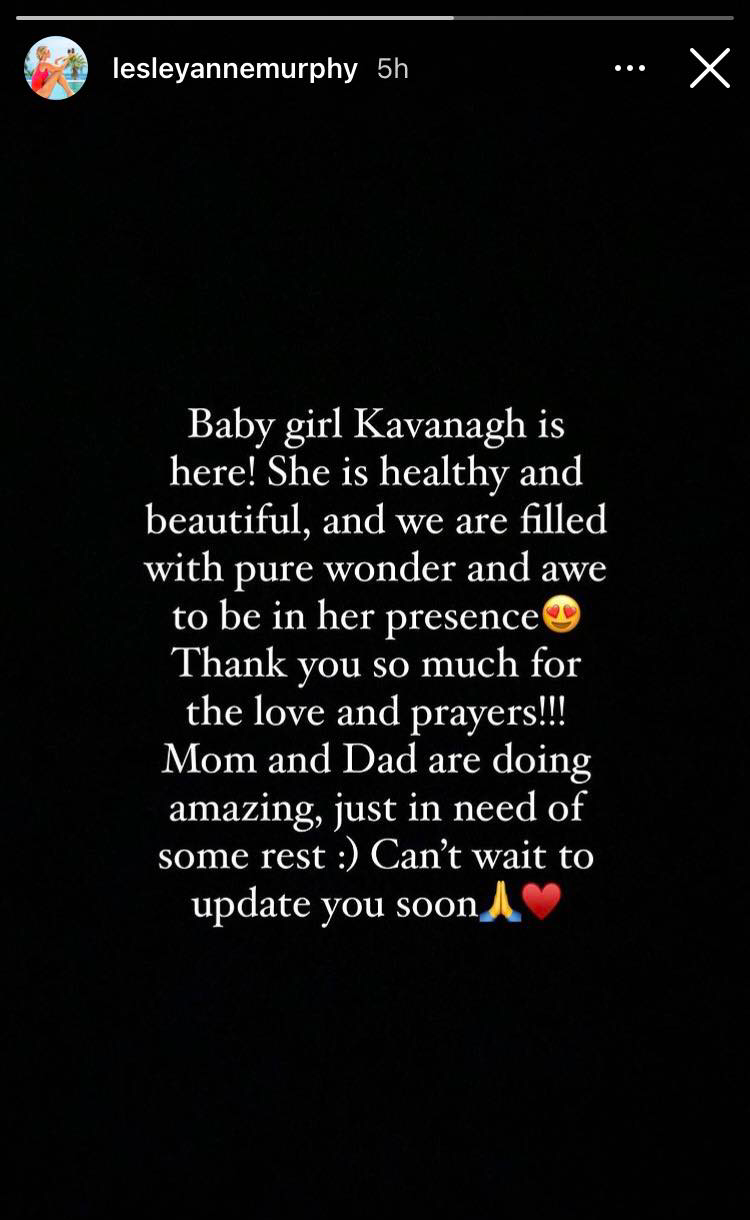 “Baby girl Kavanagh is here! She is healthy and beautiful, and we are filled with pure wonder and awe to be in her presence,” wrote the reality TV star.

Murphy appeared on season 17 of “The Bachelor” where she competed for Sean Lowe‘s heart.

She later took part in “The Bachelor Winter Games”, coupling up with Dean Unglert.

RELATED: Tayshia Adams Says She Never Felt ‘Edited’ On ‘The Bachelorette’: ‘I Definitely Feel Like That Was Me’

Murphy began dating Kavanagh in 2018 and the pair announced their engagement in February 2020.

The two revealed they were expecting their first child together in September of last year.

A post shared by Lesley • The Road Les Traveled (@lesleyannemurphy)

RELATED: Rachael Kirkconnell Of ‘The Bachelor’ Apologizes For Past ‘Offensive And Racist’ Behaviour

“Baby Kavanagh taking flight in 2021,” wrote Murphy at the time.