In Prisoners, Hugh Jackman plays a small-town carpenter whose daughter mysteriously vanishes one Thanksgiving afternoon. As Jackman tells ET Canada’s Roz Weston, it’s a scenario that even non-parents should find terrifying. “There’s something elemental about the parent/child relationship. Like the Ariel Castro case, it grips everyone. Whether you are a parent or not, it grips you,”; says Jackman.

Prisoners had its world premiere last week at the Telluride Film Festival where it was met with rave reviews that compared it favourably to Silence of the Lambs and Mystic River. Critics were especially impressed with the movie’s unconventional, downbeat ending. It’s an ending that Jackman’s co-star Jake Gyllenhaal, who plays the detective assigned to find the missing girl, is particularly proud of. “I think this movie is amazing, and I am so excited by the ending. It’s hard to end a movie the way this movie ends,”; Gyllenhaal says.

How did the cast stay sane working on such dark, downbeat material? Jackman credits his children, the eldest of which was recently seen sporting a Wolverine tattoo (a temporary one, we hope). Asked how he feels about the tattoo, Jackman told ET Canada, “I don’t remember going to school and saying “My Dad’s an accountant!’ So yeah, it’s cool to have your kid be proud of what you do.”; 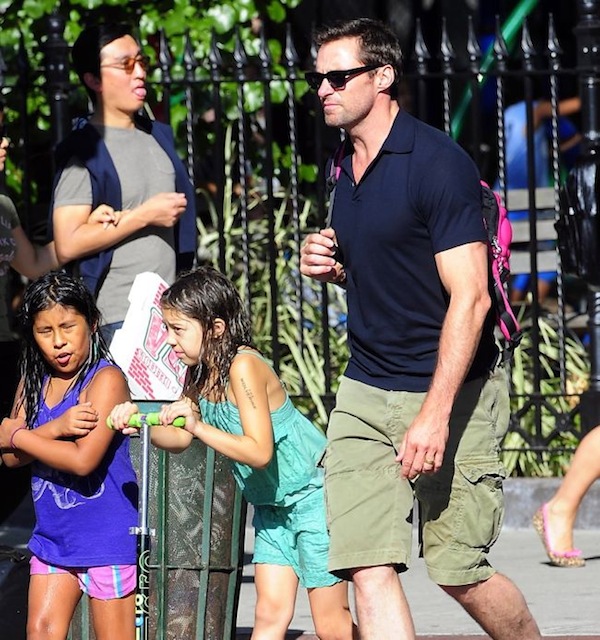 Prisoners will have its Canadian premiere at the Toronto Film Festival tomorrow night.