Drew Barrymore Celebrates Her Birthday With A Slew Of Special Guests

Monday on Global’s “The Drew Barrymore Show”, the host celebrates her 46th birthday with help from Savannah Guthrie, who brought a slew of surprise guests, including David Letterman, Cameron Diaz, and Steven Spielberg.

RELATED: Drew Barrymore Gets Birthday Surprise From David Letterman 25 Years After She Flashed Him On ‘The Late Show’

During the show Guthrie surprises Barrymore during a cooking segment with a virtual appearance by her “Charlie’s Angels” co-star Diaz.

“We have spent so many birthdays together,” Diaz says of their friendship. “Usually we get to actually be together. We are not big gift-givers, we’re more about experience, so we always try to go someplace and do something with the girls and be together and cook and eat and hang and stay up all night and just have the best time.”

Diaz adds, “When we’re at a restaurant she’ll say to the waiter, ‘Ask Poo Poo what she wants’ and people will be like, ‘What?’” 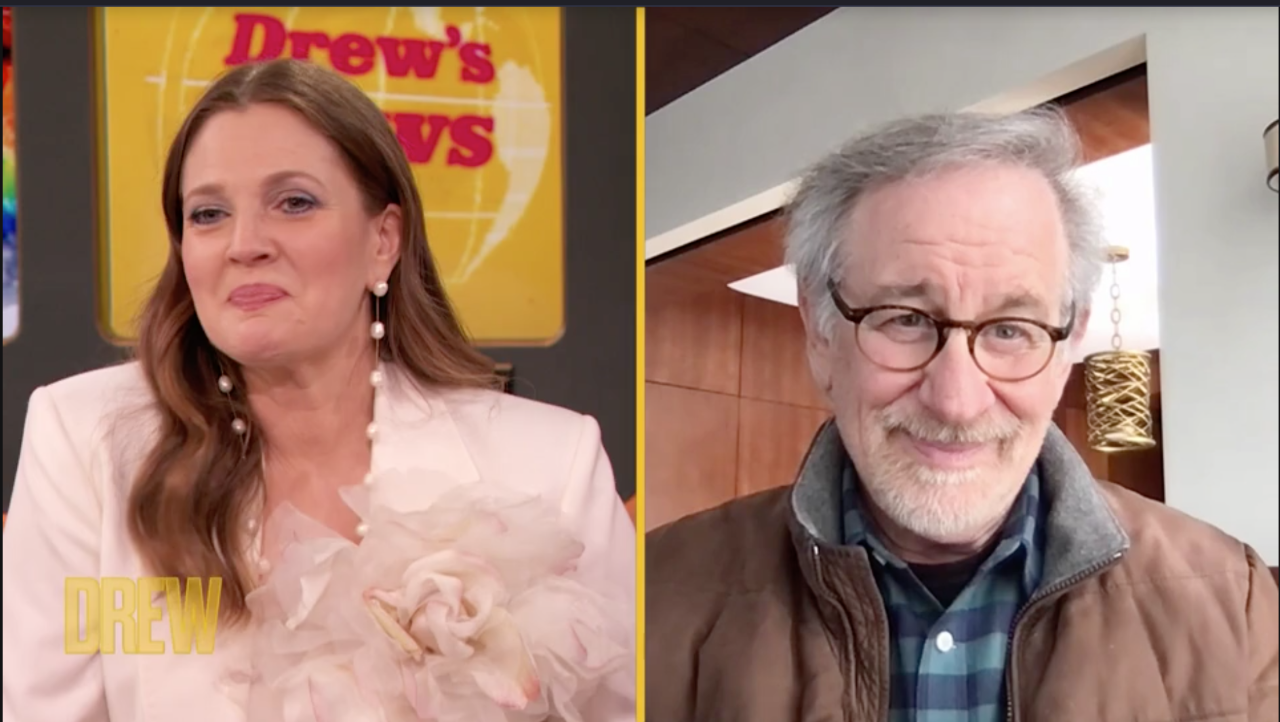 For a final surprise, Barrymore gets a virtual visit from Spielberg, who gave her her breakout movie role in “E.T.” at the age of six.

“Oh, Drewface, I still care about you, I’ve always cared about you ever since the first time this little blond hurricane walked into an audition in my office and took us by storm and then took the entire world by storm, that was you then and that is you today,” he says.