Prince Harry has made his U.S. late-night talk show debut.

Thursday’s episode of “The Late Late Show with James Corden” featured a special appearance from the Duke of Sussex.

Corden took him on his first double decker bus, where Harry revealed it was the first time he was on one.

“This is the first time I’ve been on an open top bus, not really allowed to,” he said.

All aboard! James is taking Prince Harry for a double-decker tour of Los Angeles and it starts NOW 🚌 pic.twitter.com/hQGwfsjqyX

It’s not every day you get to *pop* by the Fresh Prince house with a real prince. pic.twitter.com/HASS05qK1X

Harry did comment on “The Crown” saying “it’s not news” but likes it better than the tabloid stories- “it is loosely based on the truth.”

Harry said he hopes that Damian Lewis plays him at some point. “Damian Lewis as you and me as William, that is great casting,” Corden agreed.

Speaking about his “hilarious” son Archie, Harry shared that his first word was “crocodile and that he is already “putting three or four words together”. He also revealed that the Queen got Archie a waffle maker for Christmas.

“Archie just wakes up in the morning and goes ‘waffle’,” Harry added.

It wasn’t all fun, Harry and Corden did speak about Harry and Meghan’s new lives in California with the duke calling it “a continuation of what we were doing back in the U.K.”

“My life has always been about public service, and Meghan signed up for that. We enjoy doing that,” Harry said. “It was never walking away, it was stepping back rather than stepping down. It was a really difficult environment, that I think many people saw. We both know what the British press can be like, and it was destroying my mental health.”

Harry described the environment as “toxic”, adding, “I did what any husband and father would do and got my family out of here.”

“But we never walked away. And as far as I am concerned about whatever decisions are made on that side, I will never walk away. I will always be contributing. My life is public service so no matter where I am in the world, it will always be the same.”

Later on in the segment, Corden and Harry took part in an obstacle course where they crawled through mud, threw a javelin and Harry impressibly pulled himself up a rope with only his arm strength.

Not sure that counts, James. pic.twitter.com/8VPyxOI76r

Earlier this month, Harry and Corden were spotted on top of a double decker bus filming in Los Angeles. 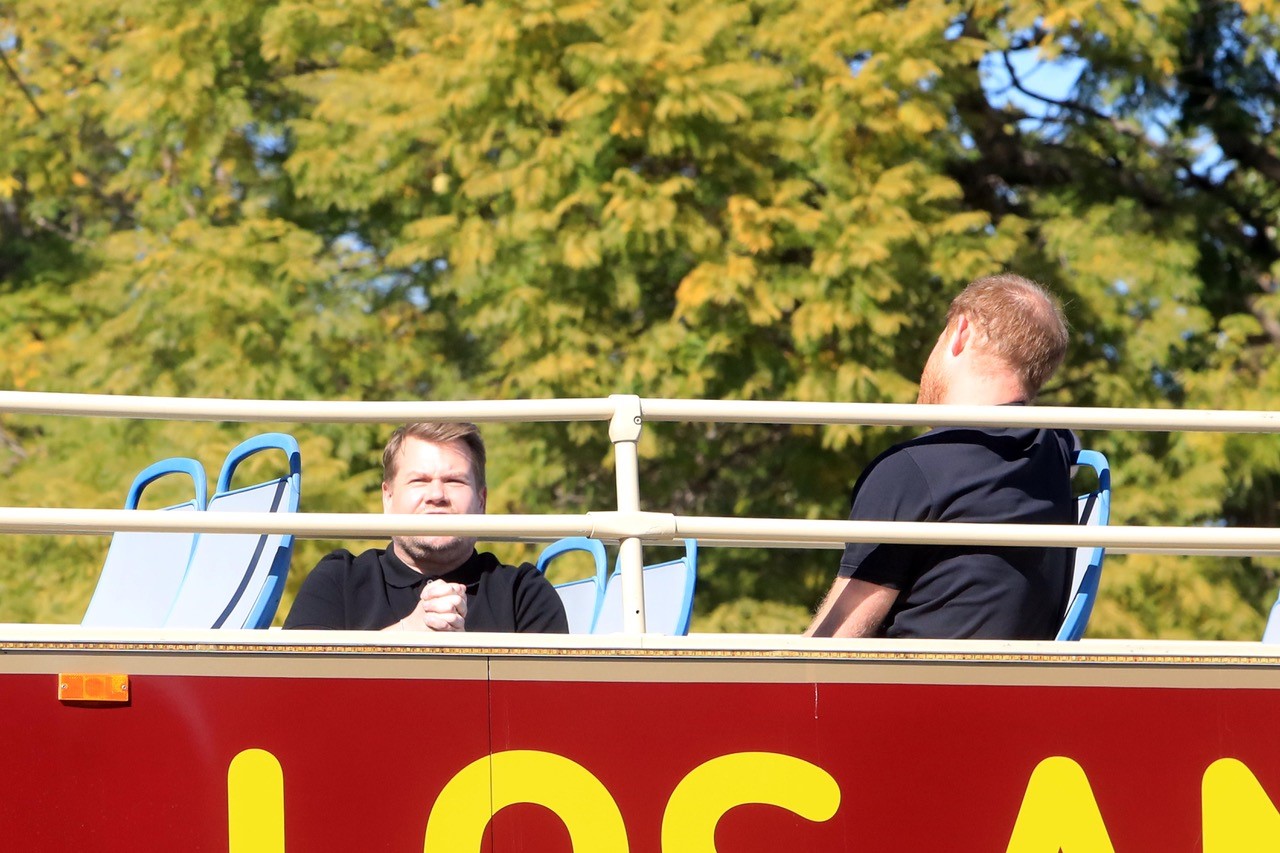 Corden and Harry have known each other for many years, including Corden previously attended Prince Harry and Meghan Markle’s 2018 wedding in Windsor where he entertained guests at the reception with a dance-off.

While Meghan Markle did not physically join her husband for “The Late Late Show”, both will appear on Oprah’s special “Oprah with Meghan and Harry: A CBS Primetime Special” airing March 7 at 8 p.m. ET.