Visitors to the website of the Duke and Duchess of Sussex’s Archewell nonprofit will notice a whole new look.

As the Daily Mail reports, the original incarnation of the Archewell site, which launched in October 2020, featured a photo of young Prince Harry with mother Princess Diana, along with a letter in which he wrote, “I am my mother’s son.” 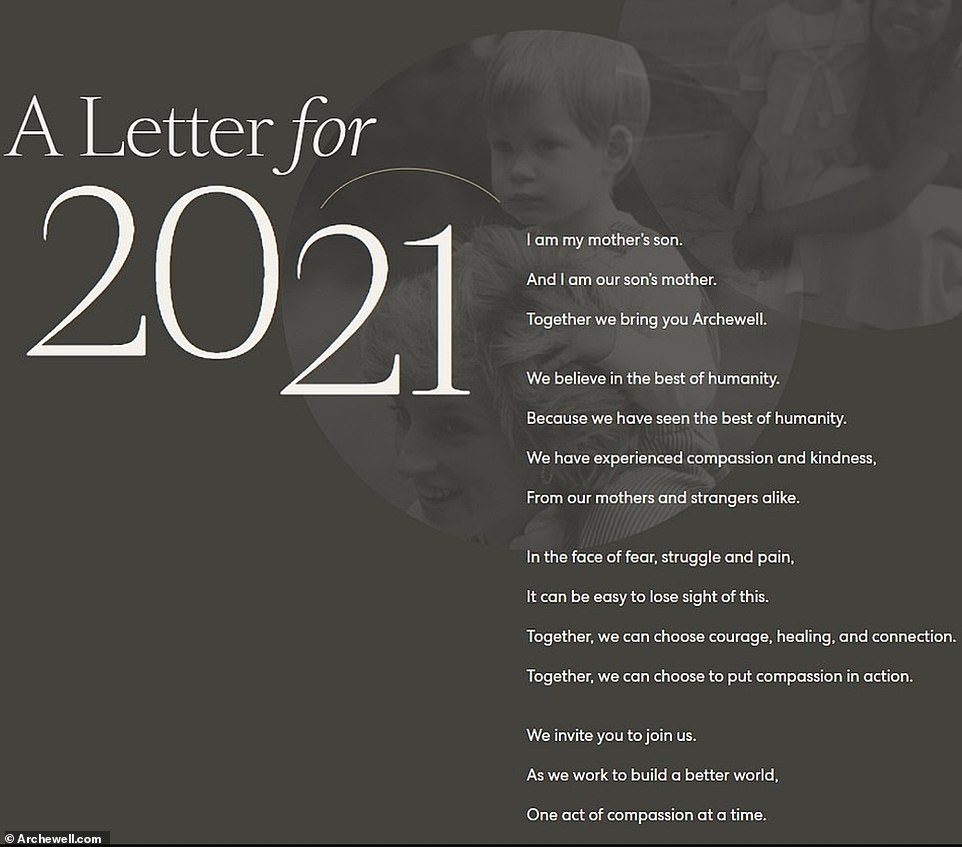 However, that landing page has now been changed.

Instead, a new photo has replaced the photo of Harry and Diana, now featuring the grown prince and wife Meghan Markle, both wearing face masks while handing out meals.

According to the Mail, the new look for the couple’s nonprofit could confirm reports that Harry’s brother, Prince William, was irked that Harry may be “exploiting” their mother’s memory.

Royal expert Phil Dampier told the Mail that featuring the late “people’s princess” on the Archewell website would likely have raised William’s ire.

“I think William will be slightly worried if Harry uses Diana for any of his charitable or commercial ventures without consulting him, and I don’t think he would be happy if Harry appears to be exploiting his mother’s iconic status,” said Dampier last year.

“It’s also very significant that Harry called himself his ‘mother’s son’ but has made no mention of Prince Charles,” Dampier added. “William is very much following now in his father’s footsteps with his environmental and conservation work.”

Meanwhile, the couple will soon be seen in what’s believed to be a groundbreaking interview with Oprah Winfrey, their first in-depth interview since stepping away from the royal family.

The 90-minute CBS special will air on Sunday, March 7.