January Jones is throwing it back.

Hours before Sunday’s bicoastal Golden Globes were set to kick off, the “Mad Men” star slipped into the same cleavage-baring, fire-engine red Versace gown she originally wore to the 2011 awards ceremony to commemorate the 10-year anniversary of her red carpet fashion moment.

“10yrs later and it still, (sorta), fits,” Jones wrote in the Instagram caption.

The 43-year-old actress also shared several Instagram stories of her makeup-free look in the gown at her home on Sunday afternoon. “Squeezed into this beauty today,” read one of her captions.

Another Instagram story referenced Jones’ son, Xander, who was born in September 2011. “Part of the problem.. also I had a child,” she wrote, as she posed with a doughnut. 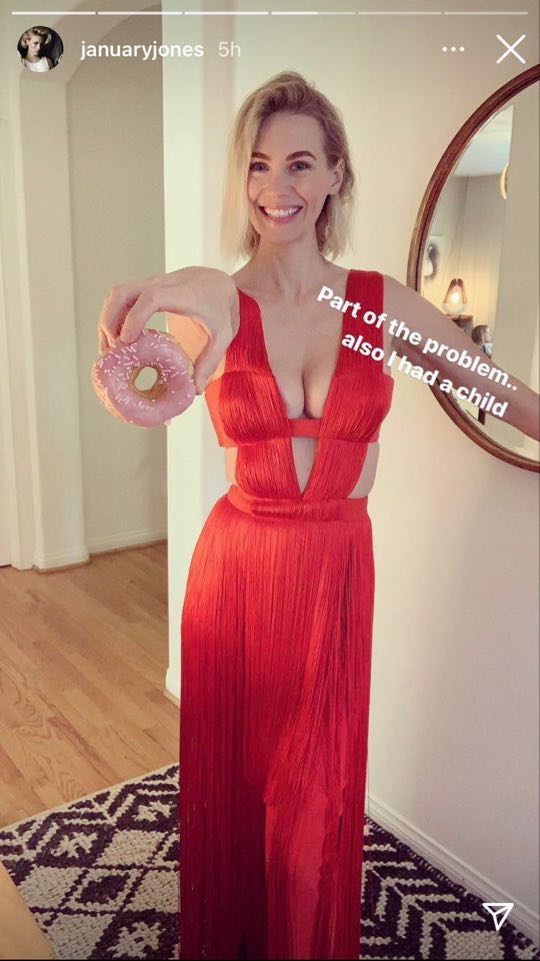 Jones’ “Mad Men” co-star and TV daughter, Kiernan Shipka, also got in on the 10-year throwback party, sharing a photo of her in the same Globes outfit she wore to the 68th annual awards show.

“hey @januaryjones I heard we’re putting on our Golden Globes looks from 10 years ago,” the “Chilling Adventures of Sabrina” star wrote on Instagram.

Tahar Rahim, ‘The Mauritanian’ Star, on How He’ll Celebrate If He Wins