In the cover story, Doja Cat discusses her forthcoming album Planet Her in an interview with SZA, who also contributes to the upcoming LP and is a good friend of the “Say So” singer.

Describing herself as “a personal fan,” SZA asks Doja about her tendency to hop from one genre to another.

“I’ve always wanted to try things,” she explains. “I commend artists, like you, who stick to something. It feels pleasing aesthetically and very driven. For me, I want to try all these things, but I’m starting to learn what I’m falling into is a lot of the house, disco, vintage-y essences — that’s where my heart kind of lies. But I still am doing s**t that I don’t understand. It’s still really fun!

Doja also describes the album’s title, Planet Her, as “giving divine feminine,” and discusses her approach to the album’s collaborations.

“It’s people that I respect and I’m extremely excited about having on the album and it’s a full-circle moment for me, basically. Just knowing that I have you on it is just sexy. It’s perfect,” she tells SZA. “I feel confident. It doesn’t feel like something out of myself, you know? I feel like I’m doing what I want to do.”

“It’s definitely part of me. I didn’t know, also, that ‘Streets’ would be doing well right now, of all times. I loved ‘Streets’ and for it to blow up on TikTok a few weeks ago is completely out of my expectations,” she added.

SZA wraps the interview by asking, “Are you ready to be Britney Spears? ‘Cause that’s where you’re headed. Do you know that? You’re going to be a f**king global, like, number 1 sensation. Cause there’s never been anybody like you. You’re literally about to be Britney Spears, and I can’t wait.”

Meanwhile, the artist who created the stunning visuals accompanying the interview also discusses how he created the trippy imagery, collaborating with famed photographer Steven Klein.

“This was a really fun process,” Melbourne-based 3D artist Jason Ebeyer tells V Magazine. “Firstly I had a few calls with Steven to discuss our ideas for the overall editorial work. From there I had a call with Doja just to get to know a little more about her and help me get a better understanding of herself and also the stylized character we would be producing. My first step in the 3D process was to create a realistic model of Doja after which Steven and myself went in and adjusted to create this stunning stylized embodiment of Doja who exists in this digital environment.” 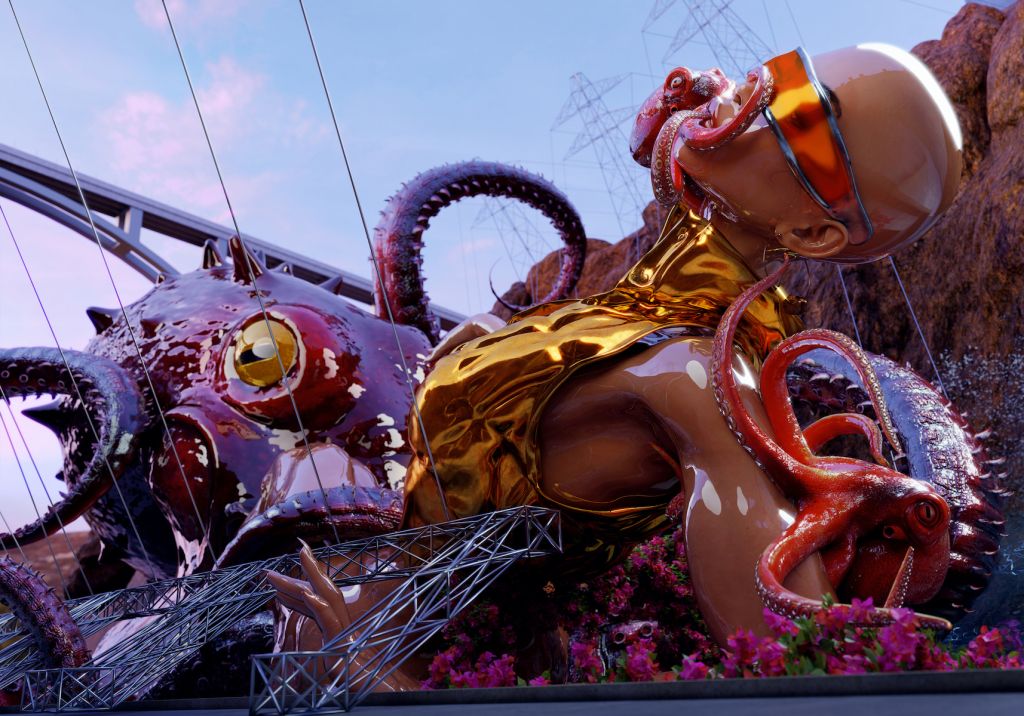 The full interview can be read in the latest edition of V Magazine.