Usually when an actor skips out on a TIFF screening, it’s for one of the following reasons: 1) They’ve already seen the movie a hundred times and don’t want to see it again, 2) They are extremely self-conscious and can’t stand the idea of seeing themselves onscreen, 3) They’d much rather go to a bar than watch a movie.

But Kate Winslet had a novel reason for skipping out on the TIFF screening of Jason Reitman’s Labor Day. The actress, who has been pregnant since June, showed up for the red carpet portion of the screening and participated in the post-screening Q & A, but was notably absent during the screening itself. As Winslet explained after the film, the film’s horrific pregnancy scenes just weren’t something that she was in the mood for.

“Emotionally it was very hard, and those scenes were very difficult,”; Winslet said. “Actually, I chose not to see the film tonight because it’s just weird to do that right now.”

ET Canada’s Rick Campanelli caught up with Winslet on the red carpet and asked her about the best part of being pregnant. “The best part is you just can’t get stressed out at all about any of it,”; she said. “Enjoy it and be really pleased that something fits. You just have to be chill.”

Winslet arrived on the red carpet in a typically elegant Jenny Packham gown. 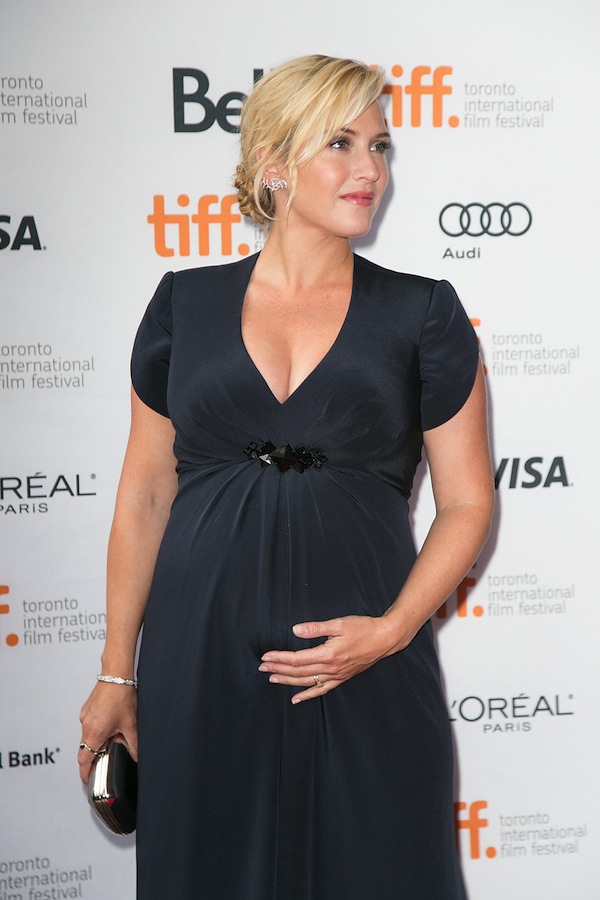 Tune in to ET Canada on Monday night for our sit down with Winslet.