Olivia Wilde is on a “Watermelon Sugar” high after Harry Styles nabbed his first Grammy Award on Sunday night.

Taking to her Instagram Story in the wake of the announcement, Wilde shared an iconic photograph of Paul McCartney eating a watermelon. 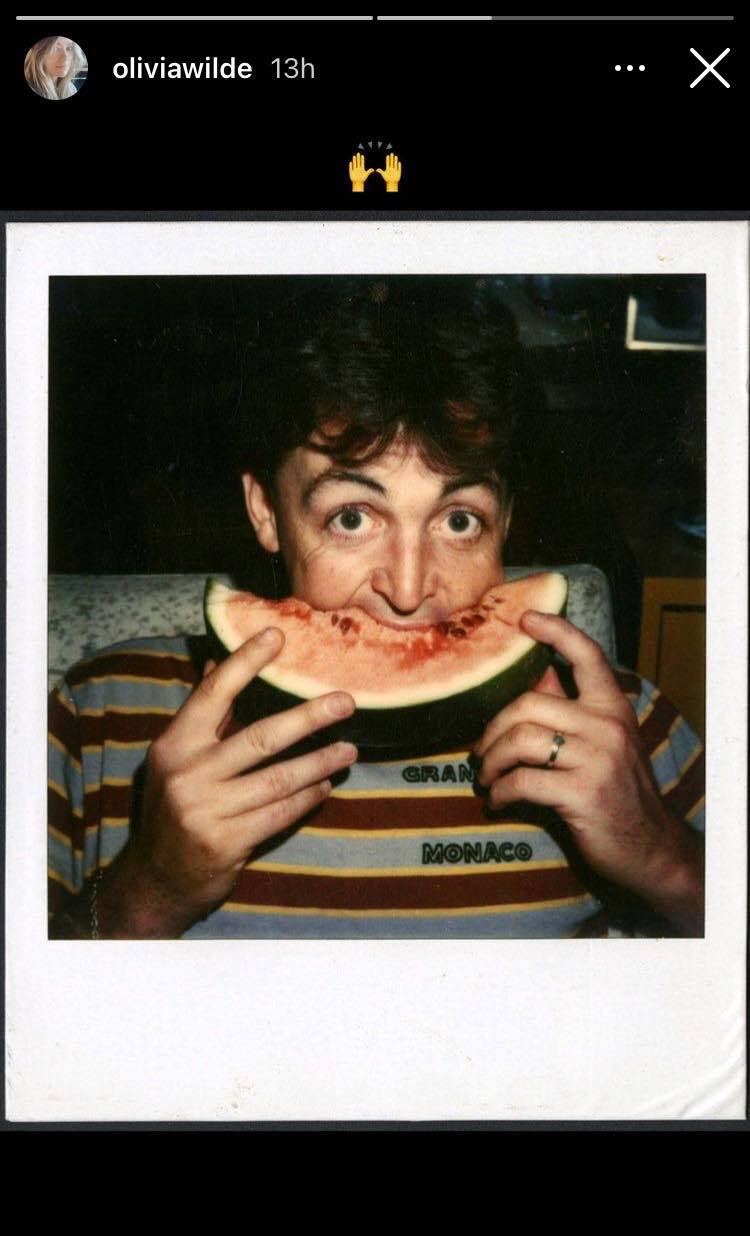 The 36-year-old director/actress and the 26-year-old musician/actor sparked dating rumours after being spotted holding hands as they attended a recent wedding together in Montecito, California.

Wilde is directing Styles in her upcoming psychological thriller, “Don’t Worry Darling”, which centres on an unhappy housewife in the 1950s.

In November, a source confirmed to ET that Wilde and comedian Jason Sudeikis called off their engagement after nine years together. The pair share two children; 6-year-old son Otis and 4-year-old daughter Daisy.