As Asian communities across Canada and the U.S. continue to be the subject of shocking violence, harassment and abuse, Global News is proud to announce a network-wide news special, “Hidden Hate: Anti-Asian Racism”, airing on Saturday, April 24 at 7:30 p.m. local time on Global.

The national network news special is the first of its kind to air in Canada.

RELATED: Bong Joon-ho Calls On Filmmakers To Speak Out Against Hate Directed At Asian And Black Communities 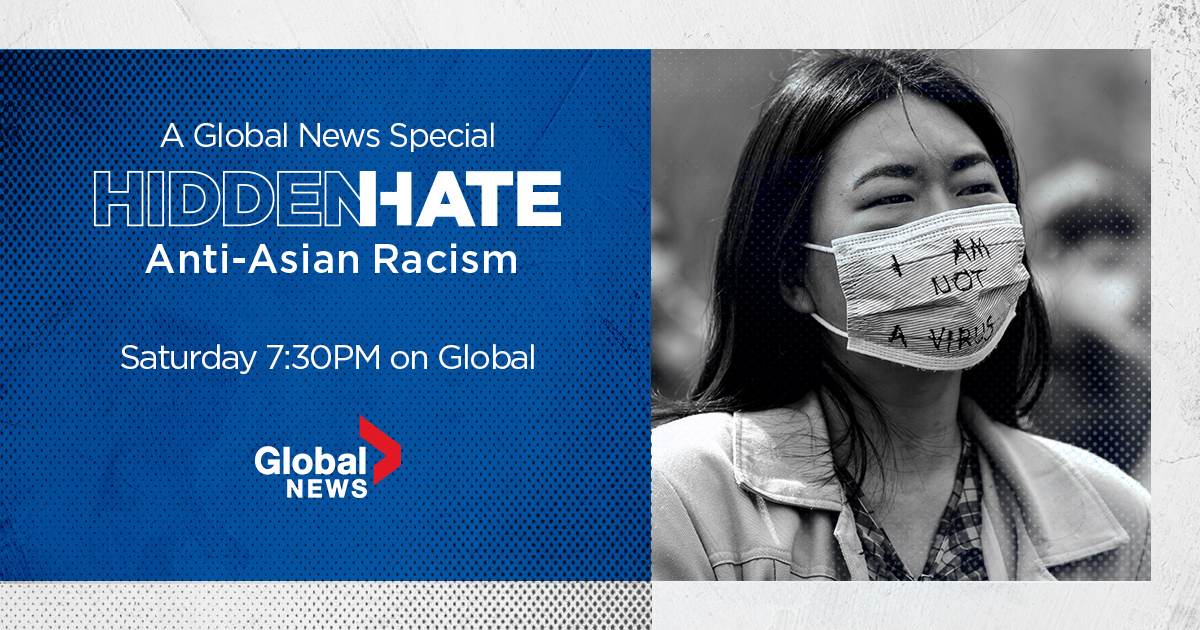 The program features a strong group of reporters and anchors from Global News stations across the country, including Tracy Tong, Miranda Anthistle, Sophie Lui, Tracy Nagai and Liem Vu.

“As a daughter of immigrant parents, this project is deeply personal to me,” said Tracy Tong, co-host and co-executive producer of “Hidden Hate: Anti-Asian Racism”. “Every day, Asian Canadians are being assaulted, harassed, spit or coughed on. Many of the incidents remain in the shadows; and while it is largely invisible, it is unacceptable. Our team of journalists has worked passionately to shed light on deep-seated racism that is often dismissed in this country, and explore the ways our communities can band together to push back against prejudice.”

Topics to be addressed in the special include the rise of racist incidents amid the COVID-19 pandemic, the law around hate crimes in Canada, Asian stereotypes in pop culture and much more. The special will also feature NBA veteran and former Toronto Raptor Jeremy Lin, former Governor General Adrienne Clarkson, and Asian Canadian actors Paul Sun-Hyung Lee and Ludi Lin.

RELATED: Sandra Oh Speaks During Stop Asian Hate Rally: ‘I Am Proud To Be Asian’

“Global News strives to be at the forefront of conversations that are most important to Canadians. The rise of Anti-Asian hate is one of the most crucial discussions happening across the country in today’s climate,” said Alexandra Henderson, vice president, Local Stations, Global News. “We are so proud of our team of journalists and producers from across the country who have banded together to create an insightful and moving program that not only takes a look back on the history of Asian racism in Canada but examines the rise of racist incidents across North America as it relates to the pandemic.”

Watch “Hidden Hate: Anti-Asian Racism” Saturday, April 24 at 7:30 p.m. on Global TV or the Global TV App or on Watch.GlobalTV.com.