John Legend and Chrissy Teigen have been scooping up real estate all over the place but their recent attempts to sell one of their many properties haven’t been going too well.

After moving to a new Beverly Hills home last summer, they put their existing home (which they purchased from Rihanna in 2016) on the market, with an asking price of $23.95 million.

As TopTenRealEstateDeals reports, their attempts to sell that other 90210 home have yet to bear fruit, so they’ve reduced the price by a whopping $6 million, and are now asking $17.95 million.

The home they’re selling is described as “the contemporary-style home where they lived when their two children were born, the home often seen on Chrissy’s social media posts.”

After buying the house, they undertook a massive renovation, including changing the colour scheme from cool to warm tones, while the kitchen was revamped in order to suit Teigen’s cooking videos.

“Built in 1966 and decorated to the highest contemporary standards, the 8,520-square-foot home has seven bedrooms and eight baths,” notes the site.

“Drama begins at the entry with its 33-foot ceiling, a curving stairwell leading to a second-floor catwalk, and a peek at the family room where John kept his grand piano,” the description continues.

A large sunken living room boasts a floor-to-ceiling glass wall and views over the canyon. 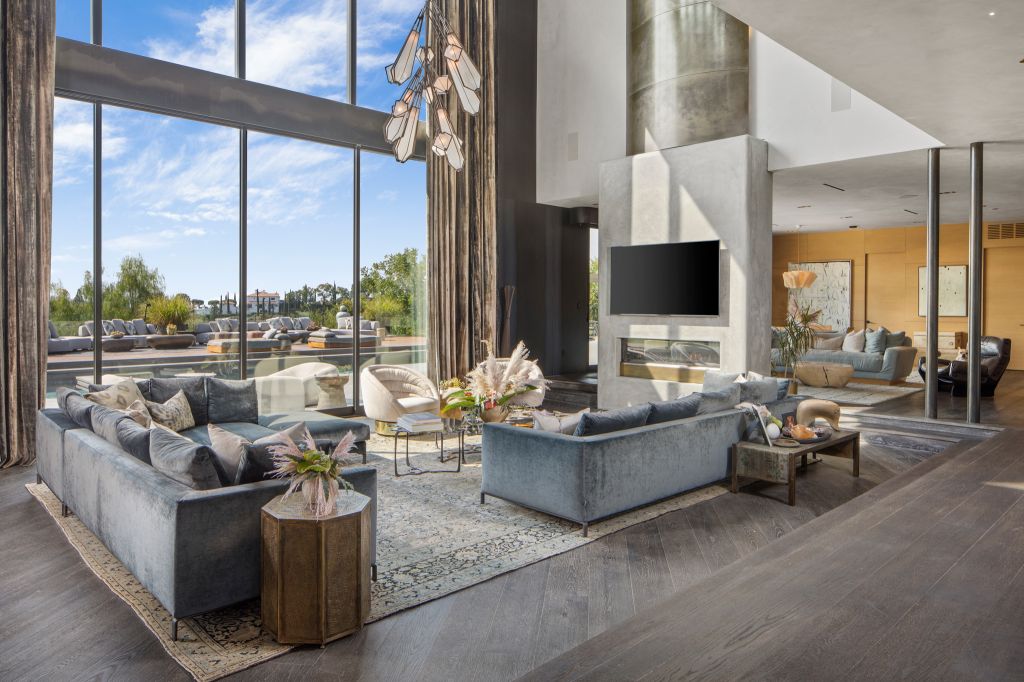 “There is Chrissy’s kitchen that was the ideal venue for a chef-author to test and film the creation of sumptuous recipes,” the site adds.

Each of the seven bedrooms have their own ensuite baths and private balconies.

Also included is a gym and a comfy home theatre.

Outside, the entertainment area features stunning views from the pool terrace, along with a heated saltwater pool, Jacuzzi, chef’s grill and wood-fired oven.

The home is listed with Marshall Peck of Douglas Elliman, Beverly Hills.