A couple days before Nickelback kicked off their North American tour in Moline, Illinois (a 35 minute flight from Chicago) in middle America, deep in the heart of John Deere country… I was in excruciating pain, in a doctor’s chair in downtown Toronto. The only way I could have taken the four flights in two days was to have tubes put in my ear drums. Many people asked me, “are you out of your mind for doing that?” I just replied, “Nickelback is not only one of the biggest bands in the world, they are also the nicest and one of the most fun bands to be around.’ 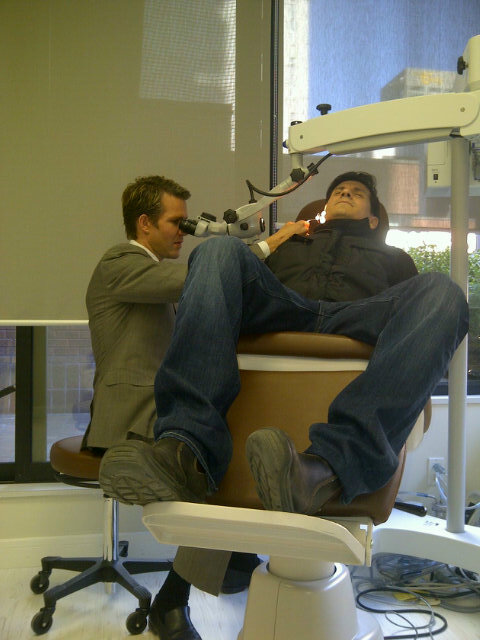 I had interviewed the guys 12-years-ago at Edgefest at Molson Park in support of their second album, “The State”;, and they were just getting started. Now millions of albums sold and millions of fans worldwide – they’re the same down to earth boys who just want to rock and have a good time! 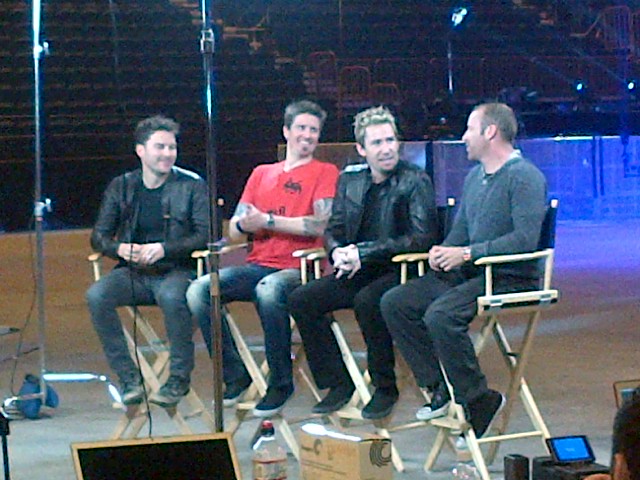 Hanging out with a band mere hours before they take to the stage to kick-off a tour is a pretty amazing thing! Hanging out with Nickelback as this is about to happen is one of the coolest experiences you could ask for. They make you feel like family… they took me in just like my long lost relatives do when I visit the homeland. They make you feel like you are one of them – and that goes for everyone they meet along the way… the crew, the techies and the local Moline folk just there helping out for a night.

We shared some laughs, they brought me around the underbelly of where all the magic happens (guitar racks, pyro, even the vanity mirror) and then they ROCKED! It was an intimate rehearsal from start to finish, complete with pyro and one-on-one serenading. It was the coolest thing – watching a big band with big sound rehearse with 14 other people in a hockey arena! Come on! When does that happen?! I’m so grateful for the opportunity… Now would Chad, Ryan, Mike or Daniel ever get tubes put in their ear drums for me? Well that’s yet to be seen…

Now you have the chance to hang with the boys backstage when they’re in Vancouver! Enter here and watch Rick’s two-part interview below.