TV is coming back in a big way this fall.

On Tuesday, Global announced its lineup for the 2021/22 season, including a host of new and returning series.

RELATED: CBS Drops New ‘CSI: Vegas’ Teaser, Boss Reveals Why Now Is The Best Time To Bring The Show Back

The slate of new scripted programming will include the highly-anticipated “CSI” sequel series “CSI: Vegas”, which will bring back original stars William Petersen, Jorja Fox and Wallace Langham to usher in a new team of forensic investigators.

Also premiering this fall as spin-offs are “NCIS: Hawai’i”, starring Vanessa Lachey, and “FBI: International”, which expands the world of the Dick Wolf franchise. 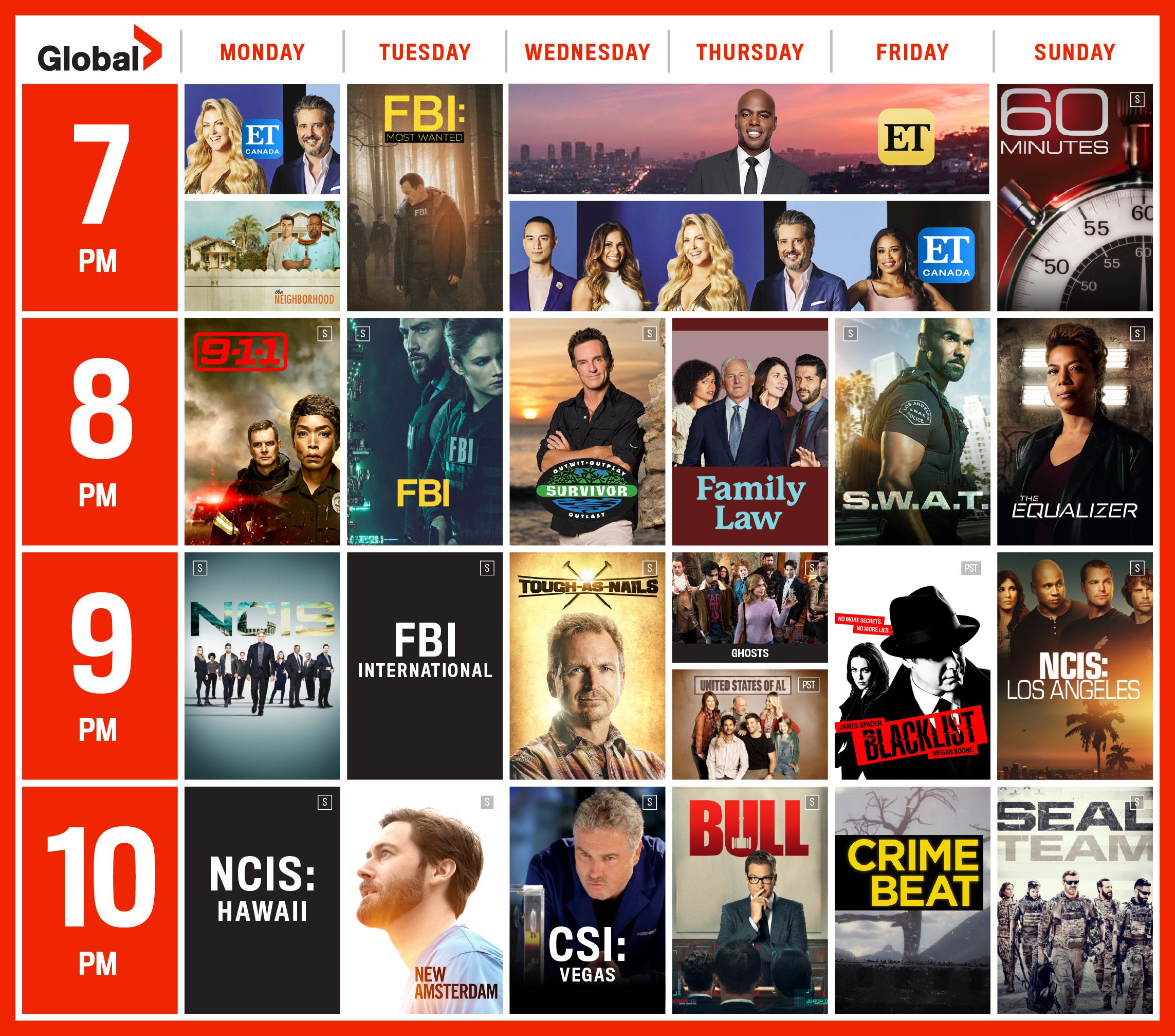 Global will also premiere the new comedy series “Ghosts”, starring Rose McIver and Utkarsh Ambudkar, as a cheerful freelance journalist and up-and-coming chef from the city, respectively, who both throw caution and money to the wind when they decide to convert a huge rundown country estate they inherited into a bed & breakfast – only to find it’s inhabited by the many spirits of deceased residents who now call it home. The show is based on the original British series of the same name.

Looking ahead to 2022, Global will air the new drama “Good Sam” about a gifted heart surgeon played by Sophia Bush, who is tasked with supervising her egotistical former boss, played by Jason Isaacs, after he wakes up from a coma and demands his job back.

“Smallwood”, based on professional bowler Tom Smallwood’s life, stars Pete Holmes as Tom, a stoic Midwest husband and dad who gets laid off from a car assembly line and makes the extraordinary decision to provide for his family by following his dream of becoming a professional bowler.

RELATED: Drew Barrymore Opens Up About The Time She Had A Surprise Kiss With Hugh Grant

Other shows include the reality competition “Come Dance With Me”, executive produced by LL Cool J and Chris O’Donnell, the workplace comedy “Abbott Elementary”, and the historical drama “Women of the Movement”, which tells the true story of Mamie Till-Mobley, who risks her life to find justice after her son Emmett Till is brutally murdered in the Jim Crow South.

In daytime and late-night, Global will also bring back a number of shows, including “The Drew Barrymore Show”, “The Talk”, “Tamron Hall” and “Rachael Ray”, as well as “Days of Our Lives”, “The Young and the Restless” and the new season of “The Late Show with Stephen Colbert”.

The flagship “Global National“ will also continue daily broadcasts across Canada, along with the weekend in-depth news show “The New Reality” and the Sunday political affairs talk show “The West Block”.

Mornings will see the return of the popular “The Morning Show”, hosted by Jeff McArthur and Carolyn MacKenzie.