Gillian Anderson Reveals How Margaret Thatcher’s ‘Bad Teeth’ Helped Her Get Into Character On ‘The Crown’, Chats To Elisabeth Moss For ‘Variety’ Series

The pair discuss their impressive careers, with Moss commenting on Anderson’s “mind-blowing transformation” as Margaret Thatcher in season 4 of “The Crown”.

Anderson shares of playing the former British Prime Minister, “We were thinking about teeth prosthetics, and so we tried three or four different shapes, sizes. She was notorious for having bad teeth. And because she has such an overbite, I was just wanting to explore that.

“Everything just looked wrong. And so then it became, is that something that I can just do with my mouth, and how I hold my mouth? I actually found that, yes, that was enough. And that informed how I spoke. It was actually a gift to have made that choice, because that informed everything.”

Moss then talks about “The Handmaid’s Tale” and whether it’ll hit differently with Joe Biden as U.S. president versus Donald Trump.

Anderson says, “With ‘The Handmaid’s Tale’, the first season premiered right after Trump came into office, and there’s been a lot written about all the parallels of his America and his presidency to Gilead. I was wondering whether you thought that ‘Handmaid’s Tale’ will hit differently with Biden as president?”

RELATED: Gillian Anderson Admits Her Role In ‘The Crown’ Was The Most Difficult Performance Of Her Career

Moss responds, “We tried this season to take our show to a new place, to fulfill some of the promises that we were making over the past couple of years, and we really tried to imbue a sense of hope and a sense of triumph. A sense of victory, a sense of people coming together, of connecting and family and relationships.

“Of course, it’s still ‘The Handmaid’s Tale’, so the stuff hits the fan eventually, as always. But we really wanted to focus on a new day, and a new era in the show.” 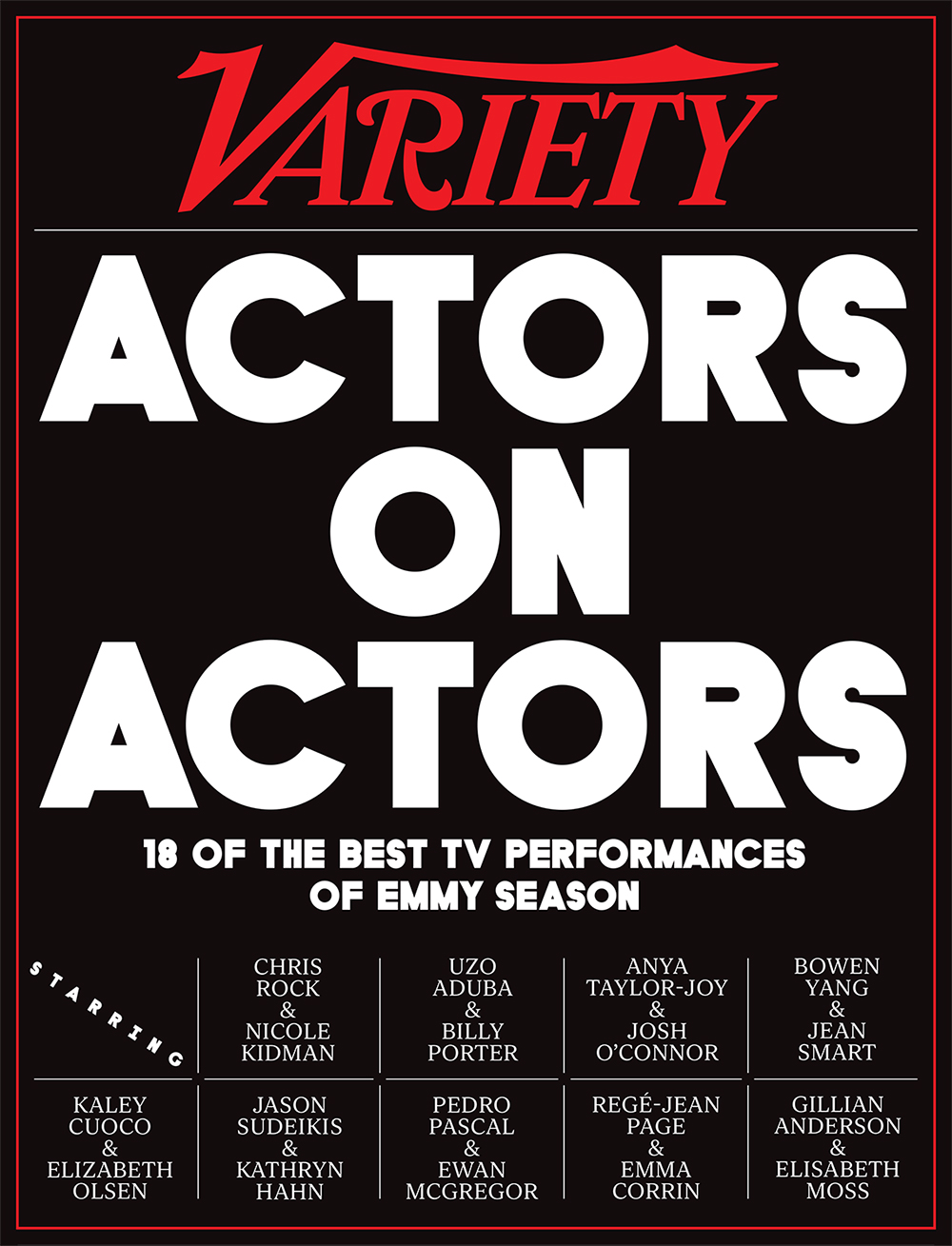 The pair also speak about whether there’s any characters they’d like to revisit, with Anderson confirming there have been talks to bring back “The Fall”.

RELATED: Gillian Anderson And David Duchovny Get Together For ‘X-Files’ Reunion

“Even when we ended those three seasons, we talked about the fact that one day — maybe in the same way that ‘Prime Suspect’ came back,” she says. “There were huge breaks between their seasons. Our writer-creator-director Allan Cubitt has been ready to dip back in and revisit it and her [her character, DSI Stella Gibson].”