Jessie J is fighting back tears in an emotional new video she shared on Instagram, telling fans about a new health issue she’s been dealing with.

In a video and a lengthy caption, the “Bang Bang” singer opens up about the latest problems that have accompanied her battle with Ménière’s disease.

She then continued in a series of postings on Instagram story to reveal she’s been suffering from acid reflux and nodules in her throat, which she believes were exacerbated by the steroids she was taking to treat Ménière’s disease.

RELATED: Jessie J Is Back With Catchy New Track ‘I Want Love’

Meanwhile, she details seeing several doctors, undergoing numerous examinations and trying various treatments, none of which seem to have helped the situation.

“Stress will only make it worse,” she concludes. “And speaking my truth since I was a little girl helps with my stress of anything.” 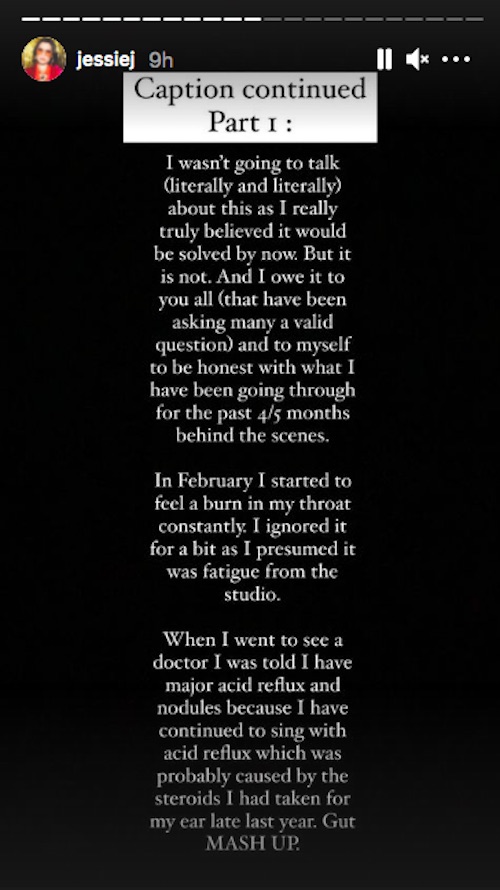 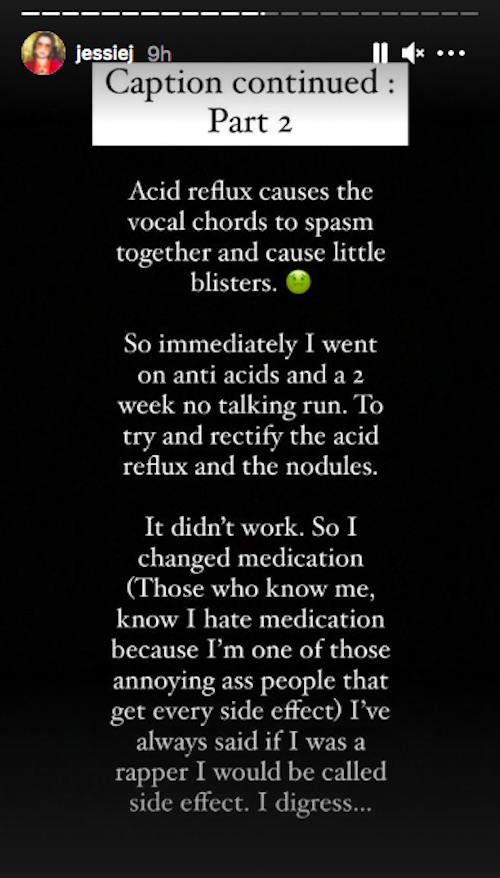 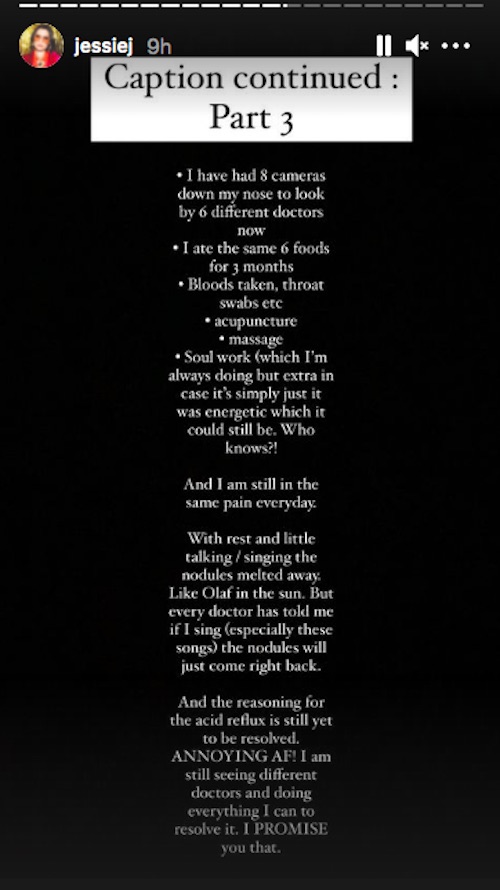 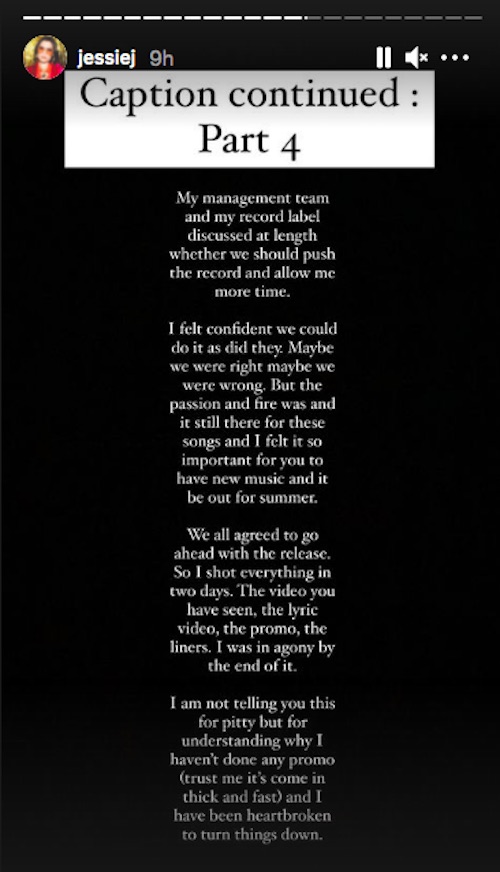 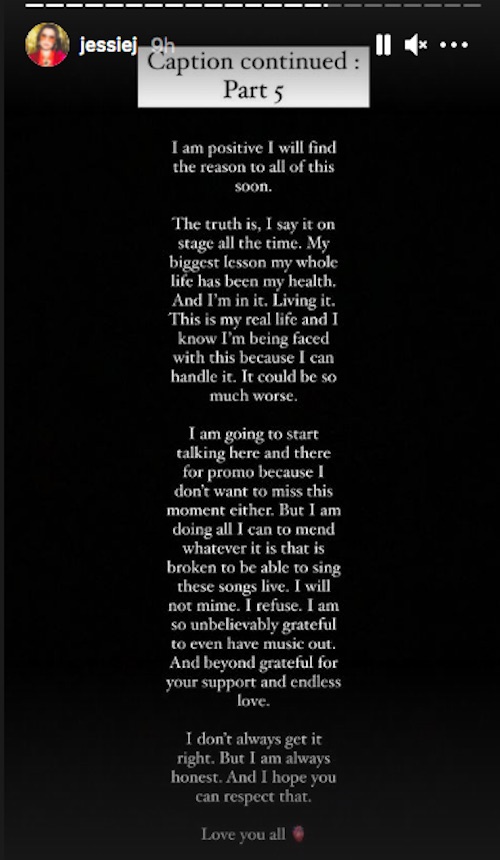 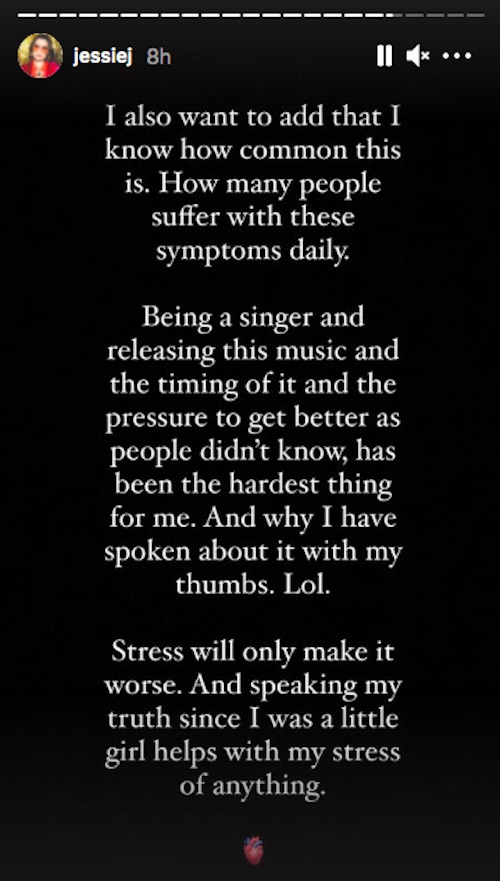