Brown posted sun-soaked pictures of the two of them over the weekend.

The posts come after Brown, 17, and Bongiovi, 19, were photographed in late June holding hands as they strolled the streets of New York. The “Stranger Things” actress and Bongiovi took turns holding Brown’s therapy dog Winnie in a blue canvas tote.

Brown wore a white blouse with pink skirt and flats while Bongiovi sported a retro-looking camp collar shirt perfect for the beach with some striped shorts and white Yeezys. 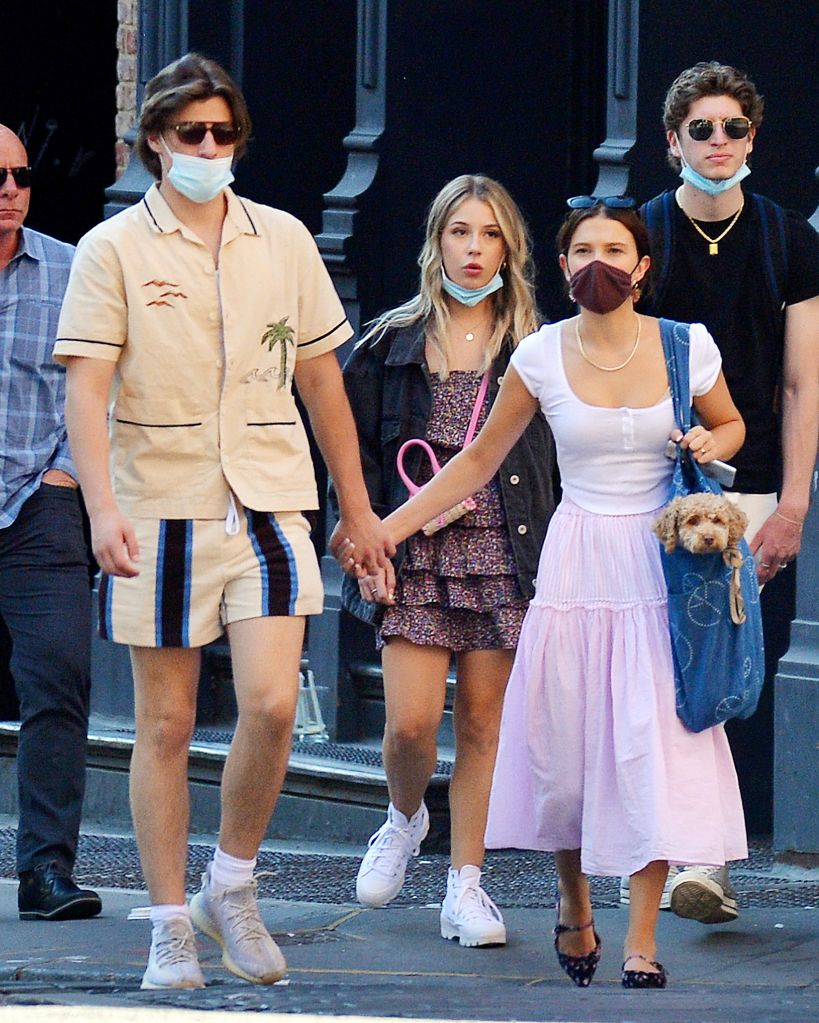 This is the first time Brown and Bongiovi have been spotted out in public together.

Rumours have been swirling since April that the pair are dating.

Earlier this month, Bongiovi posted a photo of him and Brown on his Instagram, captioning the post, “bff <3.” Brown commented on the post, also writing “BFF” but adding a unicorn emoji instead of a heart emoticon.

Bongiovi is the second-youngest of Bon Jovi’s four kids that he shares with his wife Dorothea. He previously made headlines in 2018 when he organized a walkout at his high school to protest government inaction on gun control following the deadly Parkland school shooting.

Brown has been busy filming season 4 of her Netflix series “Stranger Things” in recent months, though no release date has been announced.