Scooter Braun Speaks To Taylor Swift Feud: ‘I Regret It And It Makes Me Sad’

The music industry mogul is on the new cover of Variety, and in the issue he discusses his feud with the pop star.

The fight between the two began when he purchased the label Big Machine, which owned the rights to the master recordings for Swift’s first six albums. The singer-songwriter spoke out publicly against Braun, and he faced a massive wave of backlash from her fans.

He later sold Swift’s masters to Shamrock for $300 million.

“I regret and it makes me sad that Taylor had that reaction to the deal,” he says of the feud. “All of what happened has been very confusing and not based on anything factual. I don’t know what story she was told. I asked for her to sit down with me several times, but she refused. I offered to sell her the catalogue back and went under NDA but her team refused. It all seems very unfortunate. Open communication is important and can lead to understanding. She and I only met briefly three or four times in the past, and all our interactions were really friendly and kind. I find her to be an incredibly talented artist and wish her nothing but the best.”

Asked about the personal tone of the backlash to him, Braun says, “The thing that struck me the worst is the word ‘bully’. I’m firmly against anyone ever being bullied. I always try to lead with appreciation and understanding. The one thing I’m proudest of in that moment was that my artists and team stood by me. They know my character and my truth. That meant a lot to me. In the long run, I’m happy for my life’s work to be the legacy I leave behind.”

RELATED: Taylor Swift’s ‘Evermore’ Returns To No. 1 On Billboard 200 After 5 Months

Braun also says that the feud has led to misconceptions about him in the public eye.

“I think, when you’re successful, you are misunderstood. Success is a game of chess, and sometimes on that chessboard, people don’t see what you’re doing until four or five moves in,” he explains. “There’s always going to be misconceptions because people want to see things the way they want to see them. But it would be really nice if we all give each other a little bit of grace.”

Meanwhile, Swift posted the following statement on her social media in November 2020 in regards to Braun’s purchase: 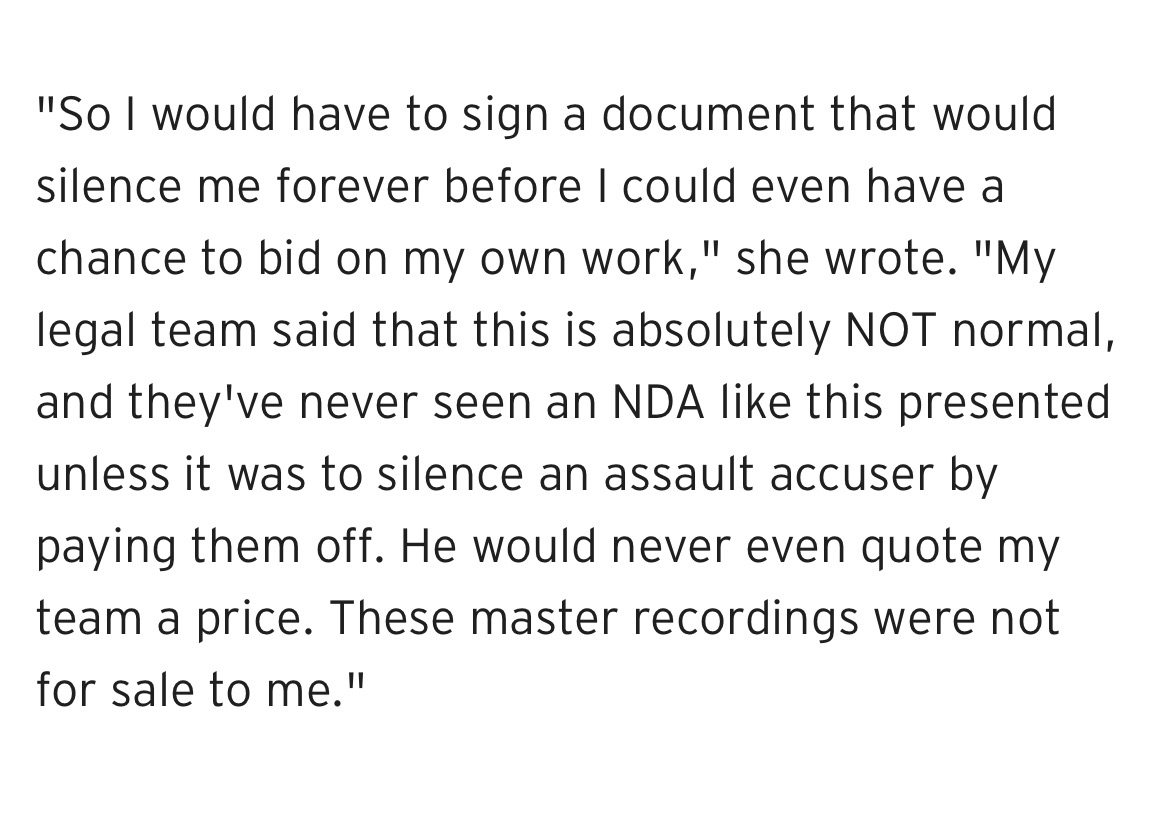 Been getting a lot of questions about the recent sale of my old masters. I hope this clears things up. pic.twitter.com/sscKXp2ibD