Naomi Watts is saying a sad goodbye to Bob, her canine companion of 20 years.

On Wednesday, the Australian actress shared a photo of her late pet, along with a touching tribute.

“My Darling Bob. What an honour to have had you in our lives,” she wrote in the caption.

RELATED: Naomi Watts Admits She Still Hasn’t Gotten Over Father’s Fatal Heroin Overdose When She Was 7

“You’ll be living on in my heart and soul forever. Rest In Peace. 20 years of love. Godspeed! 😥💔,” she added, including the hashtags #legend and #wingman.

Watts’ post was met with sympathy from a number of her celebrity friends, with Chelsea Handler, Gwyneth Paltrow, Sharon Stone, her “Twin Peaks” co-star Kyle Maclachlan, “Succession” star Sarah Snook and others sharing their condolences in comments. 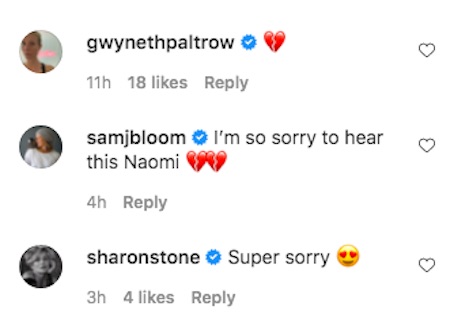 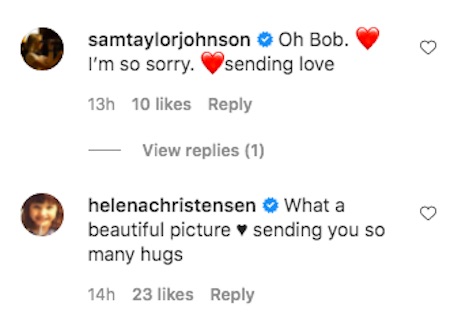 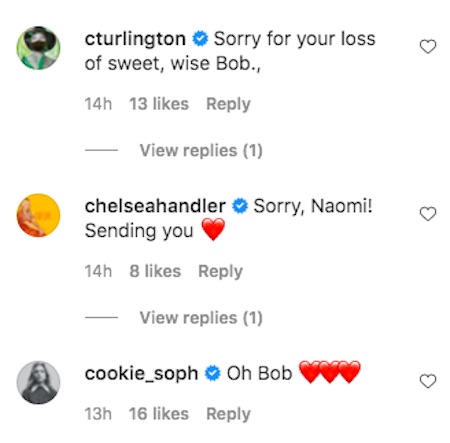 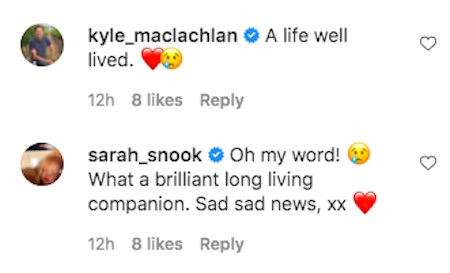