Ellen DeGeneres is looking back on nearly two decades of TV.

On Monday, “The Ellen DeGeneres Show” debuted a promo for the show’s 19th and final season, featuring clips from the show’s incredible run.

Touting over 4,000 guests, nearly $500 million given away to people in need, and hundreds of hilarious celebrity scares over the years, the promo announces the final season premieres Monday, Sept. 13. 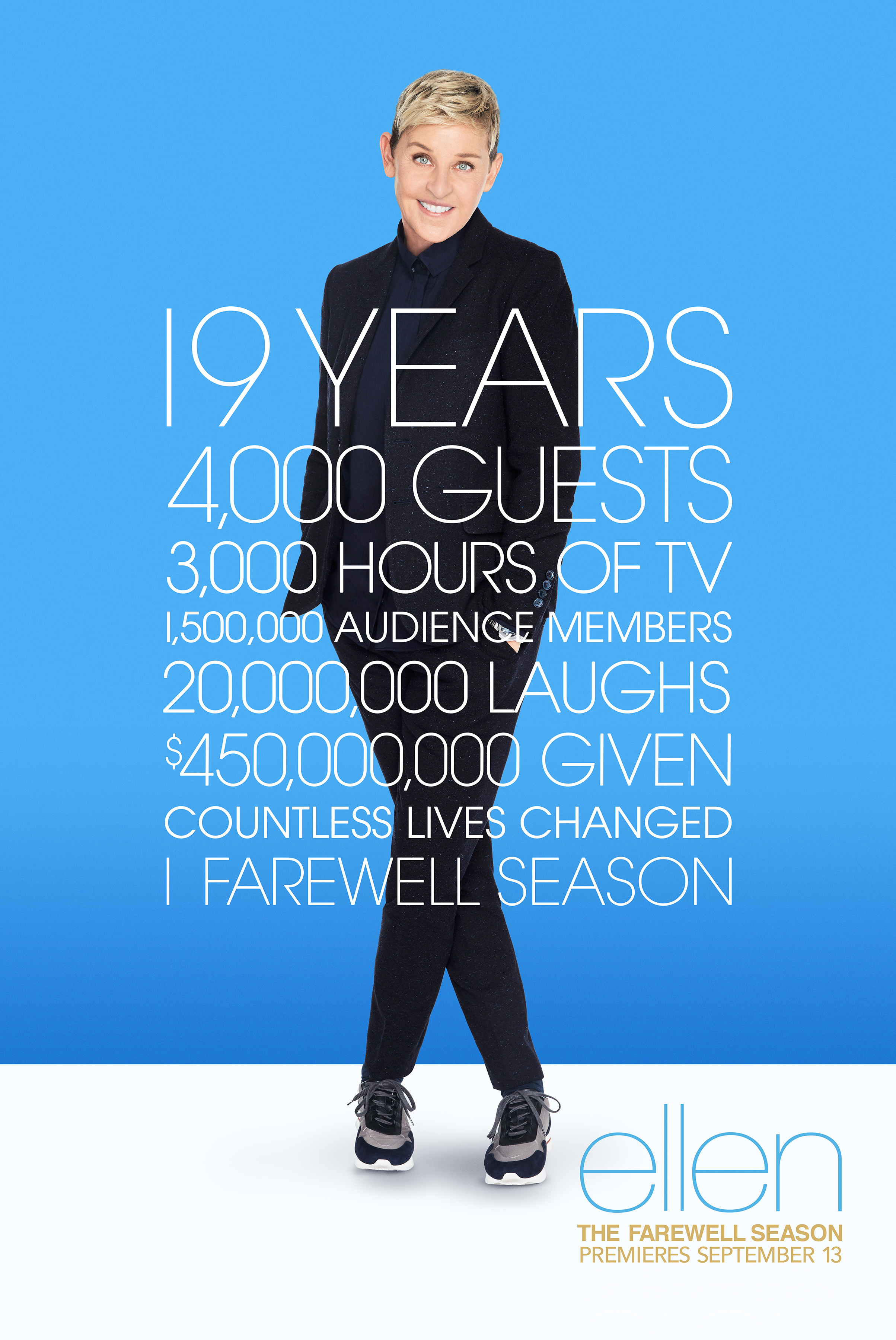 Meanwhile, E! News is reporting that the show’s final season will be populated by A-listers dropping by to say goodbye — starting with Jennifer Aniston, who’ll be a guest on the Sept. 13 season premiere; as loyal fans will recall, Aniston was the guest on DeGeneres’ very first show, bringing the final season full circle.

DeGeneres announced earlier this year that her talk show is coming to an end, telling her audience, “I promise you that we’re going to have a fantastic final season. It will be a season where I truly get to say thank you. Thank you all. Every day will be a celebration. There will be a lot of surprises, there will be trips down memory lane, and a few detours through Why Did I Wear That Alley.”