Elton John has teamed up with Dua Lipa for a dance-friendly new single with a familiar sound.

That’s because the new collab “Cold Heart” mashes up several of the rocker’s familiar hits, including “Sacrifice”, “Kiss The Bride”, and “Rocket Man”, remixed by electronic dance trio PNAU.

When the track and its trippy animated video were released, John returned to Instagram:

Dua Lipa likewise took to social media to share her thanks to John.

“Elton, you are my friend and my hero…” 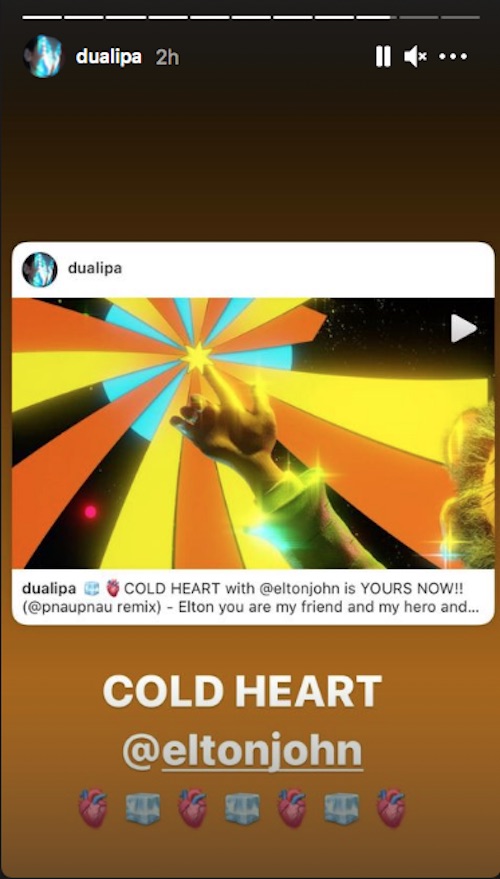 “Cold Heart” is something of a continuation of the 2012 collaborative album Good Morning to the Night, in which PNAU remixed samples from the rock icon’s many songs and transformed them into entirely new tracks.

RELATED: Elton John Says He’s The ‘Fittest’ He’s Been In A Long Time At Age 74

“We are pushing deeper cuts and harder grooves working with Elton’s later ‘70s work and much of the ‘80s material also. We are beyond thrilled to have this incredible opportunity once more,” PNAU’s Nick Littlemore said during a Reddit AMA.