“Game of Thrones” die-hards, beware: POTENTIAL SPOILERS for HBO’s “GOT” prequel series “House of the Dragon” lie ahead.

Actor Matt Smith, 38, has been photographed filming scenes for the show on a beach in Cornwall costumed as Daemon Targaryen, one of Daenerys “Khaleesi” Targaryen’s ancestors. And one photo in particular is sparking debate as to whether a major plot point in the prequel has just been revealed.

RELATED: Emilia Clarke And Matt Smith Are All Smiles As They Enjoy Dinner Date In London 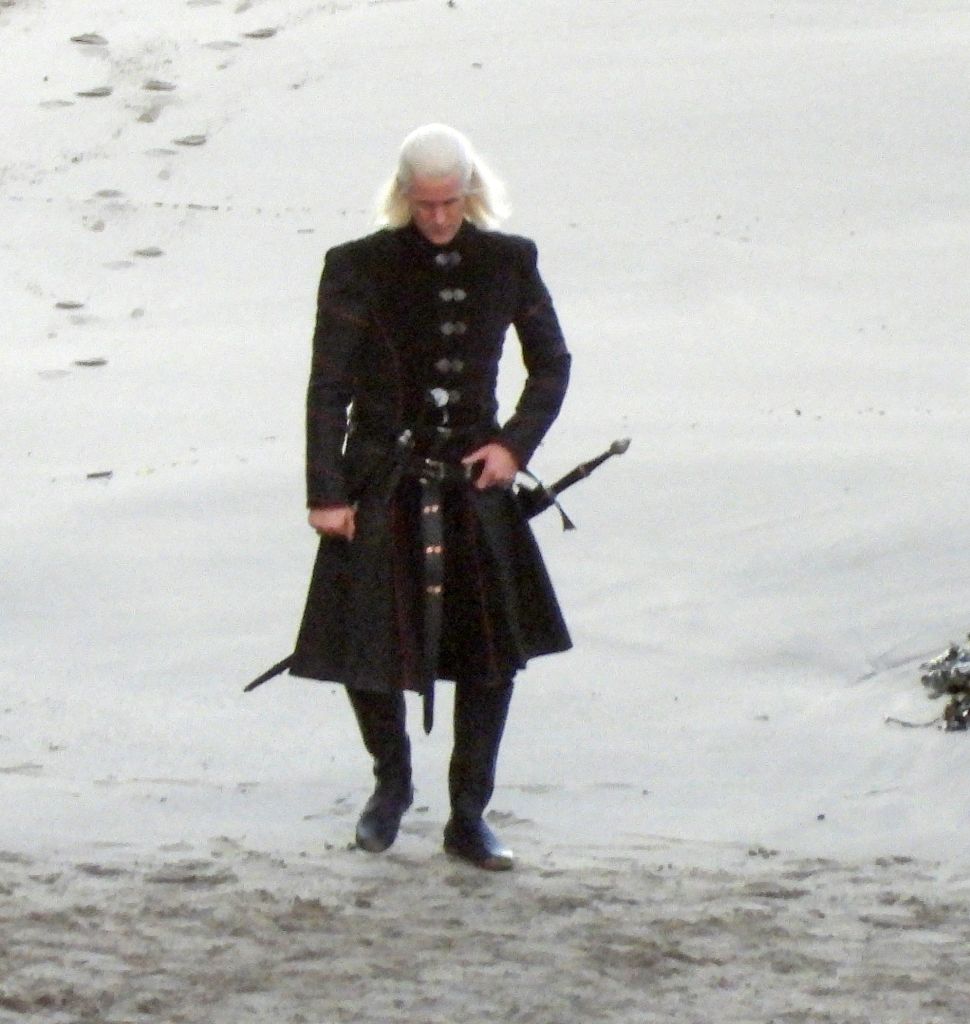 The photos of Smith, famed for his turns on “Doctor Who” and “The Crown”, are mostly innocuous. But one photo shows Smith splayed on the beach, arms outstretched, with a sword that appears to be lodged in his stomach. Ouch. But is the sword just in the sand next to him? It’s unclear.

“House of the Dragon” takes place 300 years before the events depicted in “Game of Thrones” and follows a civil war in the Targaryen dynasty, known as The Dance of The Dragons, that took place during their reign.

The war centered on a fight between Targaryen half-siblings Rhaenyra and Aegon II who both sought the Iron Throne after their father Viserys I’s death. The war lasted three years and resulted in, perhaps unsurprisingly, a great deal of bloodshed.