It’s Friday, Friday, gotta get down on Friday — especially when it’s New Music Friday! We’re breaking down this week’s best new tracks to keep on your radar.

We’re fairly certain you already knew that Adele dropped a new song (as the whole world has been talking about it!), but just in case you’ve been living under a rock, “Easy On Me” is officially out and it’s giving us ALL the feels. The music video showcases Adele rocking her iconic black-and-white theme as she previously hit with her 25 track “Hello”, and it’s even filmed in the same house in Quebec! Halfway through the video, she sheds her pas by flicking her wrist and transforming her world into colour. We STAN a visual music queen! Adele has been hinting her upcoming album 30 is on the way, leaving billboards all across the globe, and the star confirmed recently that her fourth album is set for a Nov. 19, 2021 release date.

Coldplay & Selena Gomez – “Let Somebody Go”, plus Music Of The Spheres (ALBUM)

Coldplay has teamed up with Selena Gomez to drop the calming track “Let Somebody Go”. This is a collaboration we did not see coming, but their voices perfectly blend together in a way that soothes the soul. The song accompanies the release of Coldplay’s new album, Music Of The Spheres, which also features their current hit “My Universe”, featuring everyone’s favourite K-Pop Group, BTS, as well as their track “Higher Power”, the first single off the new album.

Kelly Clarkson & Ariana Grande  – “Santa, Can’t You Heart Me”, plus When Christmas Comes Around (ALBUM)

Who said it’s too early to get into the holiday spirit?! The “Voice” coach previously announced her holiday album When Christmas Comes Around, which features a lot of beloved and new holiday jingles, including a feature with her co-star Ariana Grande on the upbeat jingle “Santa, Can’t You Hear Me”.  The new album complements her previous holiday album Wrapped In Red.

Young Thug has dropped his new album Punk, and it features the track “Bubbly” featuring fellow rap legends Drake and Travis Scott. The track is absolute fire — it’s hard to say whose verse is the best as each rapper brings their own flair to the track. Young Thug’s new album also features collaborations with A$AP Rocky, Post Malone, Future and many more. If you’re a fan of rap, this is an album you won’t want to miss.

Zac Brown Band have unveiled their new album The Comeback, which is out now! The album features the band’s latest singles “Same Boat”, “Fun Having Fun” and the title track, “The Comeback”. Nothing like some good old country to get you in the mood for a weekend of fun! When asked about this album, Brown said “The Comeback celebrates our collective resilience as a community.” He added that “This music is about standing together and rediscovering our roots and what makes us human. We feel incredibly blessed to be back out on the road again, sharing these new songs with our fans. The only good thing about getting knocked down is The Comeback when it comes back around.”

“Ex For A Reason” is the first single off Summer Walker’s Still Over It. The upbeat track calls out all those unfaithful exes, offering a good reminder that an ex is an ex for a reason! Lyrically, the song is as smooth as butter, with each word carrying impact with a melodic beat inspiring listeners to get up, dance, and be thankful that your ex is an “Ex For A Reason”. Summer Walker’s new album is set for a Nov. 5th, 2021 release.

Demi Lovato dedicates this song to a friend named Tommy who lost his battle with addiction two years ago. The song describes him as “such a beautiful, special man.” Lovato is letting fans know that all net proceeds from the song will go to Voices Rise Up, and encourages anyone who is struggling to call the Substance Abuse and Mental Health Services Administration (SAMHSA) hotline at 1-800-622-HELP.

BOP ALERT! Anitta teams up with Saweetie on the song “Faking Love” and it’s the perfect song to get you hyped this weekend. These two powerhouses deliver when it comes to catchy, sexy, feel-good music. With playful lyrics such as “I be faking love with you,” this song will leave you feeling fun and flirty, not to mention a melody that calls everyone to the dance floor to dance their problems away.

We never thought we’d need to hear J Balvin say the words “Pikachu,” “Charmander” and “Pokemon,” but we’re glad it’s happened! J Balvin has teamed up with the franchise for their 25th anniversary for the song “Ten Cuidado”. He joins stars such as Katy Perry and Mabel, who have released songs inspired by Pokemon to celebrate 25 years. As they say “gotta catch em all,” or in this case, “gotta stream em all.”

Miranda Lambert – “If I Was a Cowboy”

“If I Was A Cowboy” is a great followup to country legend Miranda Lambert’s two No. 1 country radio hits “Settling Down” and “Bluebird”. She sings, “If I was a cowboy, I’d be the queen,” and we couldn’t agree more! When asked about the song, Lambert had this to say: “I wrote this song with my new friend, Jesse Frasure. We met doing the remix of ‘Tequila Does’ and he and I just got together one afternoon for a write and this is what came out of it. It’s funny, he’s a Detroit boy and I’m an East Texan, but somehow we wrote a song about the Wild West together.”

Platinum-selling Canadian pop songstress JESSIA has dropped her debut EP How Are You?, which features her multi-platinum hit “i’m not pretty” and her catchy new track “But I Don’T”. This Canadian breakout artist is proving she’s not just a one-hit-wonder, as her EP is filled with bops galore! Whether you need a good cry, a self love anthem or just something to get you off your feet, JESSIA’s EP delivers on all fronts. 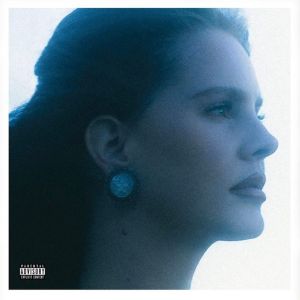 After announcing new track “Arcadia”, Lana Del Rey announced that her eighth studio album will be called Blue Banisters. The highly anticipated album will feature 15 new songs and is set for release on Oct. 22, 2021.

Legendary musician Elton John is bringing us music for quarantining with his new album The Lockdown Sessions. This album will feature powerhouses such as Charlie Puth, Dua Lipa, Lil Nas X, Miley Cyrus, Nicki Minaj, Years & Years, Stevie Nicks, Stevie Wonder and so many more! The Lockdown Sessions is set for release on Oct. 22, 2021.

The math-related album titles continue! Ed Sheeran’s fourth studio album = has been in the works since 2017, and four years later fans are finally able to have a release date. = is set for an Oct. 29, 2021, release date. It will feature Sheeran’s latest tracks “Bad Habits” and “Visiting Hours”.

Summer Walker – Still Over It (ALBUM)

Summer Walker is here to prove that she’s STILL OVER IT, which cleverly calls to her debut album Over It! The album includes her recent collaboration with JT From City Girls “Ex For A Reason”. The album is set for release on Nov. 5, 2021.

Queer pop star JORDY is ready to release his debut album, Mind Games. After a slew of fantastic EP’s and singles including hits such as “Better In My Head”, “Till It Hurts”, “Just Friends”, “PSYCHO”, “Long Distance” and more, we’re excited to see what the new artist brings to the table with Mind Games.

Are you ready to be “Happy, free, confused and lonely at the same time” all over again? As we all know, Taylor Swift is in the process of re-recording all of her old albums, as seen with her re-release of Fearless (Taylor’s Version), and it looks like Red (Taylor’s Version) is next on her list! The album will feature all original 30 songs that were meant to go on Red, including the fan-demanded 10-minute version of “All Too Well”. The highly anticipated album was originally slated for Nov. 19; however, it was pushed and is now set for a Nov. 12, 2021 release date, so as not to compete with a new release from a fellow female artist.

After a years of anticipation, Adele is making her triumphant return with her fourth studio album 30. The singer credits this album as her “ride or die throughout the most turbulent period of my life.” The album is said to be a gift to her son as an explanation for her divorce and why she chose to pursue her own happiness. Adele’s highly anticipated comeback album is set for release on Nov. 19, 2021 and it’s sure to bring on ALL the feels.

Olly Alexander steps out with his first solo album as Years & Years. Night Call is set for release on January 7, 2022. The album will include the previously released singles “Starstruck” and “Crave”.

Bryan Adams – So Happy It Hurts

Beloved Canadian rocker Bryan Adams is set to release his 15th album, titled, So Happy It Hurts. The star already dropped the single “So Happy It Hurts” and he describes the song as “freedom, autonomy, spontaneity, and the thrill of the open road” so we’re excited to see what’s to come for the rest of the album when it drops in March 2022.