During a presentation about the show, fans received a first look at Gwendoline Christie as Lucifer, with a pair of character posters featuring the “Game of Thrones” star in her new role.

RELATED: First Look At Tom Sturridge As Dream In Netflix’s ‘The Sandman’

“Never play games with Lucifer,” warns a tagline on the new posters, with one featuring Christie’s face and the other depicting the fallen angel’s leathery, bat-like wings. 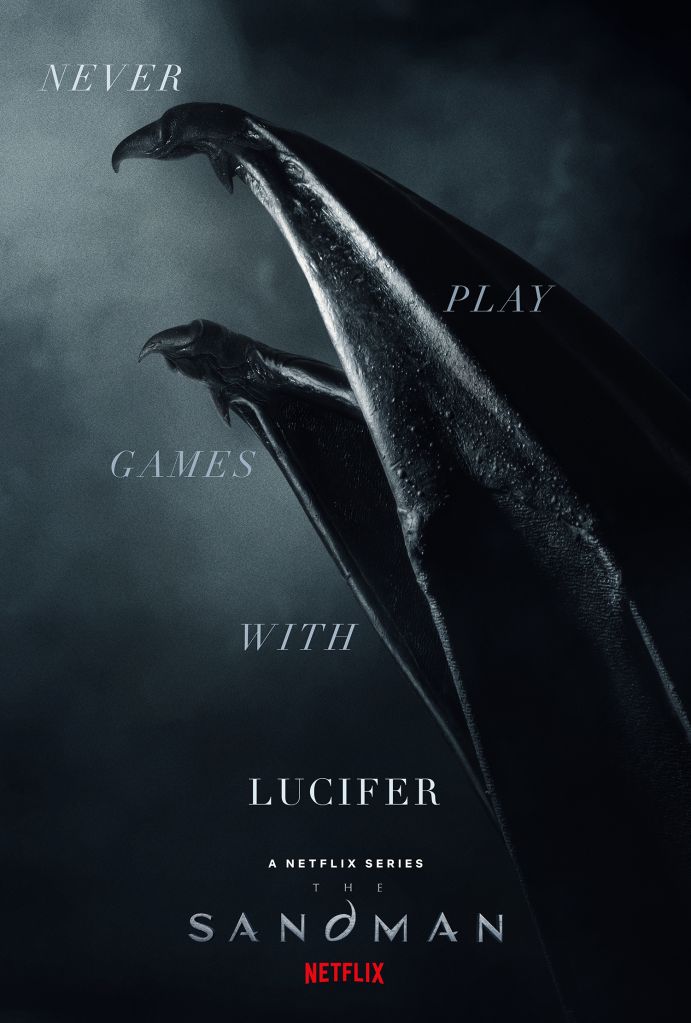 The new posters are the latest in a series, which so far have featured star Tom Sturridge as Morpheus, a.k.a. Dream of the Endless, along with siblings Desire (Mason Alexander Park) and Death (Kirby Howell-Baptiste).

“A rich blend of modern myth and dark fantasy in which contemporary fiction, historical drama and legend are seamlessly interwoven, ‘The Sandman’ follows the people and places affected by Morpheus, the Dream King, as he mends the cosmic — and human — mistakes he’s made during his vast existence,” reads Netflix’s synopsis.

No premiere date has yet been set; however, production on the first season has already wrapped, so it’s likely “The Sandman” will be premiering sometime next year.