Ryan Reynolds Details Anxieties: ‘I Tend To Bite Off Way More Than I Could Or Should Chew’

If it seems like Ryan Reynolds is always working that’s because he usually is.

Reynolds opens up about his borderline paralyzing work ethic in a new interview alongside his “Red Notice” co-star Gal Gadot with WSJ. Magazine. The Canadian star reveals how he juggles Hollywood, business ventures, and parenthood.

“I tend to bite off way more than I could or should chew,” Reynolds admits. “I think maybe it’s just that Canadian sensibility: ‘Well, I said I was going to, so I have to deliver this.’ I will do that at the cost of my own well-being sometimes.”

“I fixate on things,” he adds. “That’s sort of the engine of anxiety. I lay awake at night, wrapping and unwrapping every possible scenario. I slept at a perfect right angle for so many years.”

Reynolds plans on taking a break from the movie industry and it’s easy to understand why.

“I tend to pave over anxiety with work and, to a lesser extent, achievement,” he says. “You want to tick boxes sometimes. So these days, my goal is to be as present as I can and not just tick a box just to do it. I’m fully embracing and living that right now.

“It’s been amazing,” he says, before making a checkmark in the air. “Heartfelt personal-growth quote: check.”

Reynolds noticed a seismic shift in his career once he took the reins on creativity, leading to the critically and commercially beloved “Deadpool” after disappointing superhero forays with “X-Men Origins: Wolverine” and “Green Lantern”.

“While I was obscenely privileged to star in movies, a lot of times they weren’t working,” he says. “That’s when I said, ‘I need to have some authorship here. Because I have a sense of how to do this in a way that will work.’”

“He keeps everything alive and electric. His brain’s always working on how to make it better, more delightful, funnier.” 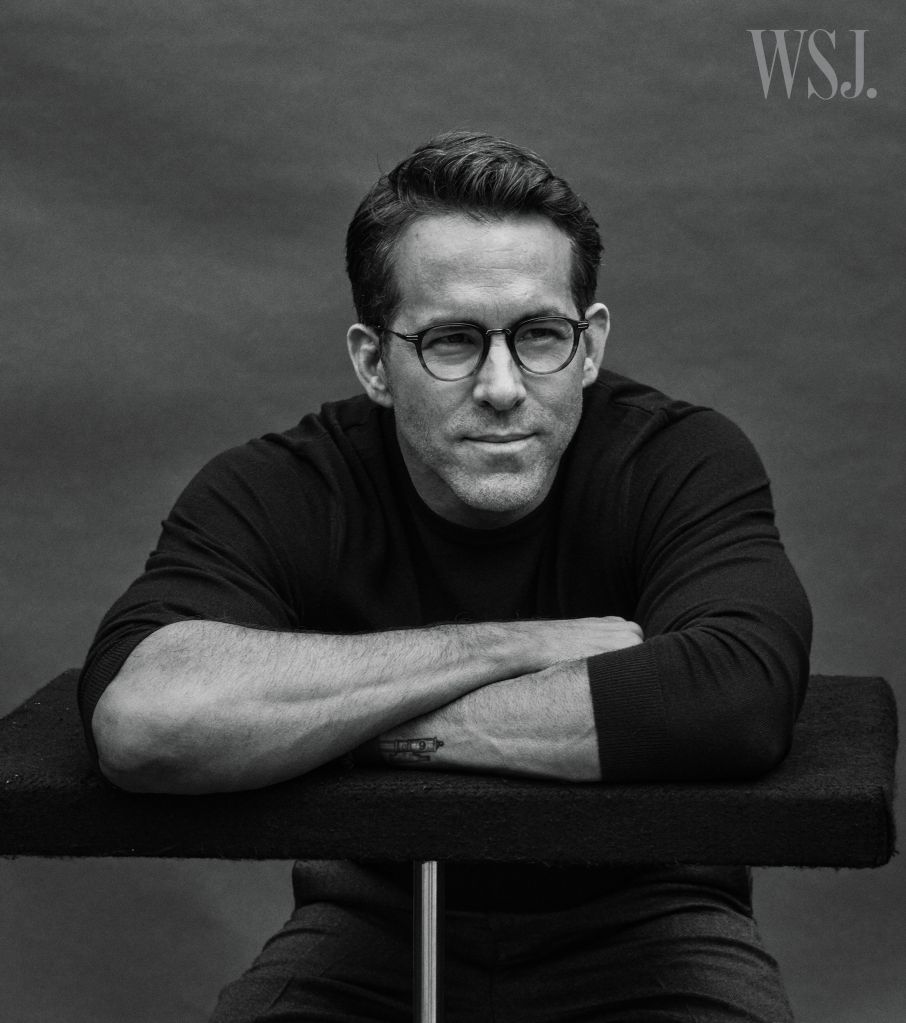 Reynolds, 45, is also working on the sci-fi flick “The Adam Project”. The film, which tells the story of a man travelling back in time to get help from his younger self to confront their late father, elicited an unexpected moment of self-reflection for Reynolds about his own dad.

“He had kind of an Archie Bunker kind of mentality about him, which for me, as an incredibly sensitive kid, was tough. But at the end of the day, I think I put the monster makeup on him, and I don’t know that that was fair.

“These stories that we tell ourselves — we can fictionalize memories to fit our own narrative. Like, ‘I’m a funny guy because my dad was an a—hole.’ But that’s not true. I’m not funny.”

Reynolds will star alongside Gadot and Dwayne “The Rock” Johnson in “Red Notice”, premiering Nov. 5 in movie theatres and Nov. 12 on Netflix.