Kanye West and Drake will both be taking to the stage of the Los Angeles Memorial Coliseum this week.

“Kanye has dedicated the benefit concert to raising awareness of the need for prison and sentencing reform and supporting legal reform and community advocates including Ex-Cons for Community and Social Change, Hustle 2.0 and Uptown People’s Law Center.” 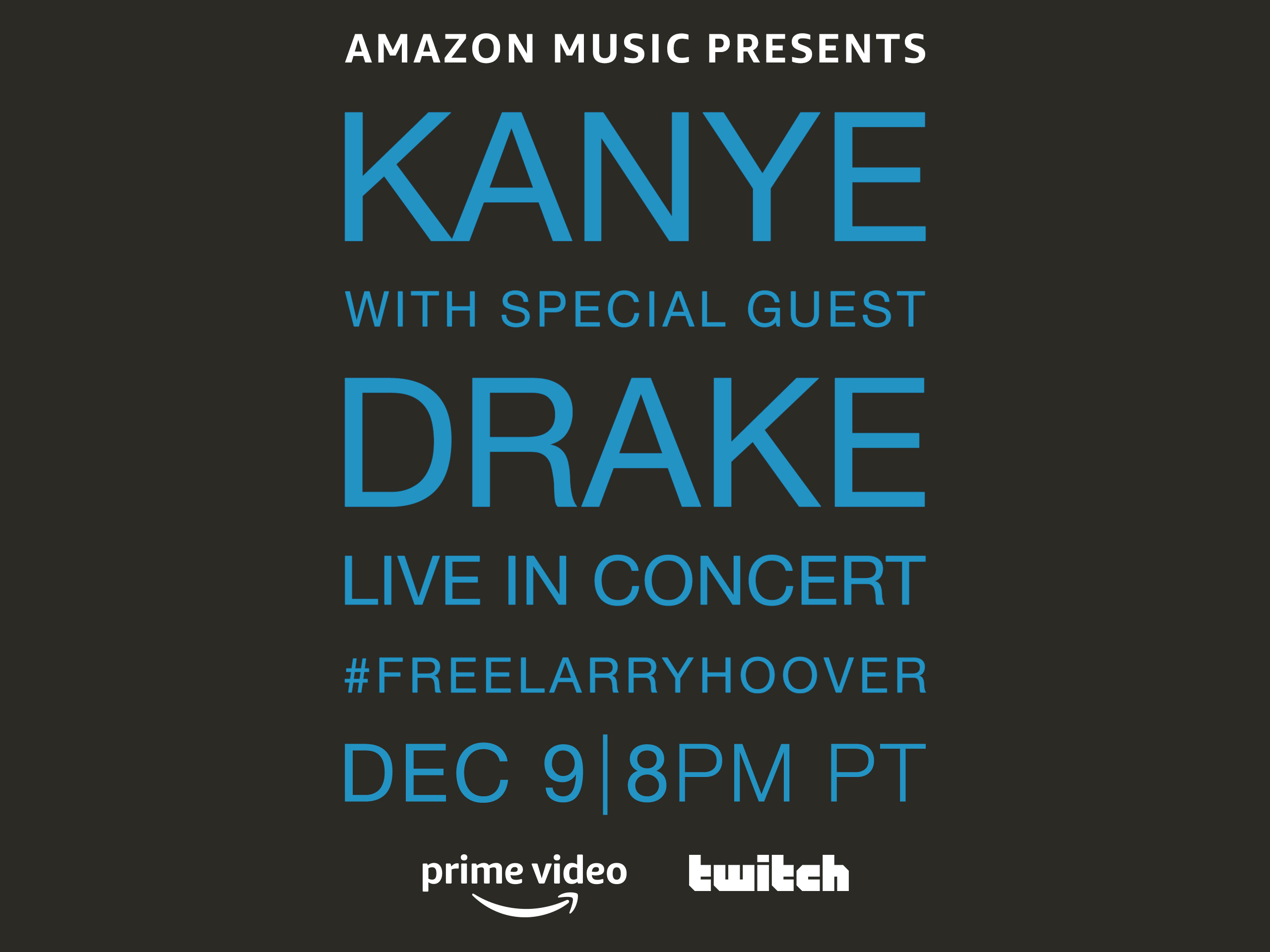 West made it official on Saturday, Nov. 20 when he shared a post on Instagram declaring he and Drake would be headlining the “Free Larry Hoover Benefit Concert” at the Coliseum on Dec. 9.

Fans will also be able to watch the concert live on IMAX screens at participating theatres Thursday night.

There had been much buzz in recent weeks that the rival rappers had buried their feud and would be performing at a benefit concert for Larry Hoover, founder of the Chicago street gang Gangster Disciples, who is currently serving six consecutive life sentences.

In the caption to a tweet late last month confirming the event, West referenced one of Drake’s best-known songs, writing “God’s Plan,” accompanied by an emoji of a white dove carrying an olive branch in its beak.

The benefit concert is the brainchild of music producer/executive J. Prince, who was reportedly instrumental in bringing West and Drake together to squash the beef the two men have held for years.

Prince likewise confirmed the concert was a go, sharing the same image on his Twitter feed.

Earlier this week, Prince and West joined Drake at his Toronto home, presumably to work out the details, and tweeted a photo of the three men.

According to info released about the concert, Drake is billed as a “special guest” “as West “returns to headline live stadium performance” for the first time in five years.

The concert’s goal is “to raise awareness and support for Larry Hoover and the cause of prison and sentencing reform.”