Las Vegas is getting a big dose of John Legend.

On Monday, the singer announced that he will be headlining the Vegas residency “Love in Las Vegas” next year at the Zappos Theater at Planet Hollywood Resort & Casino.

According to the announcement, “‘Love In Las Vegas’ will be a beautiful, soulful concert experience, showcasing Legend’s greatest hits, soaring vocals [and] silky-smooth piano playing skills.” 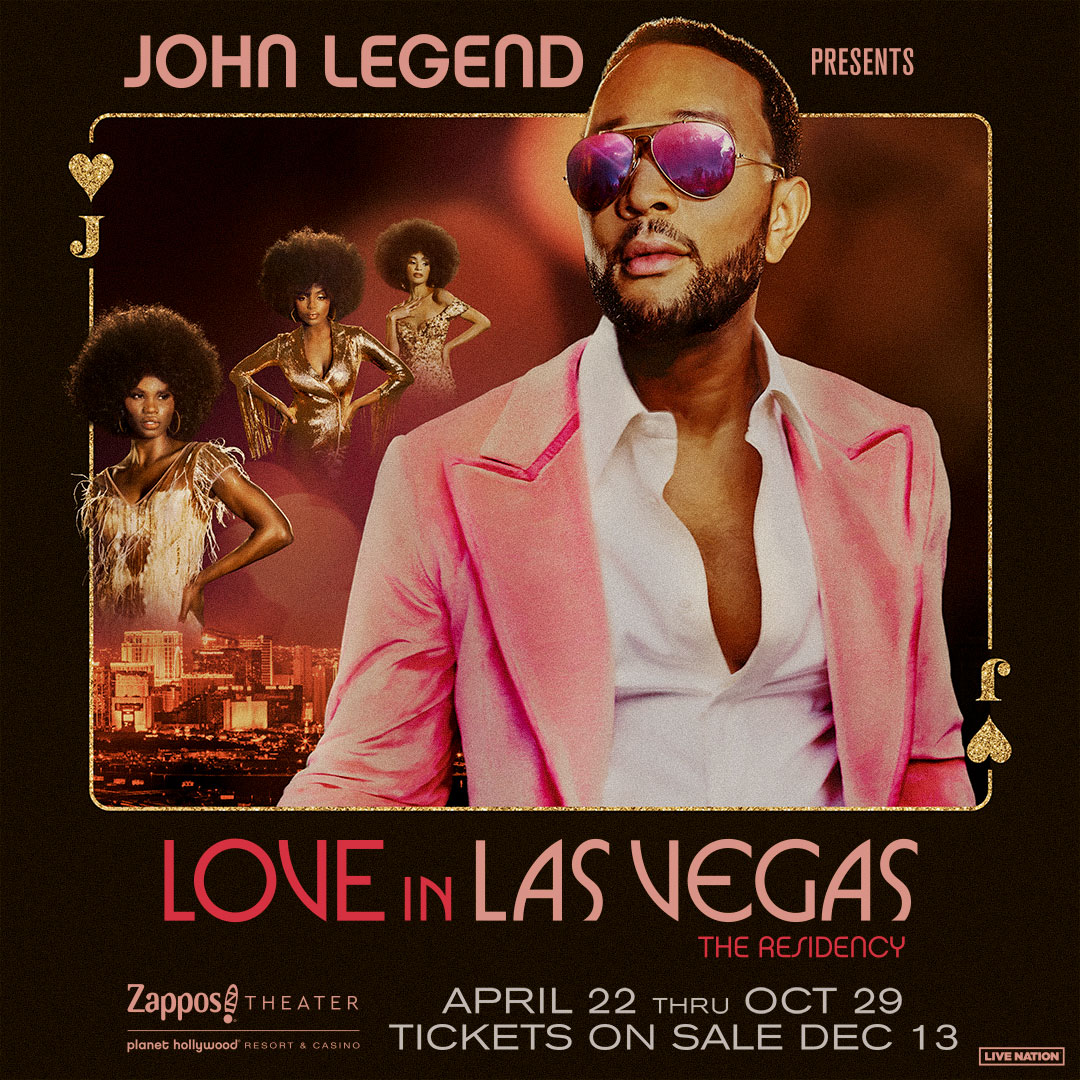 “The performance will feature Legend’s incredible full band and will be a vibrant, colourful celebration of love and coming together, sentiments echoed on Legend’s Grammy Award-winning seventh studio album, Bigger Love, and companion 2021 headline tour, which resulted in multiple sold-out shows and garnered rave reviews in the press.”

Talking about the residency with Billboard, Legend shared that he got the idea after watching “The Voice” co-star Gwen Stefani onstage at the Zappos Theater.

“We loved the show. I thought it was beautifully put together,” he said. “The performance was amazing and Gwen was in top form. It was really inspiring to watch her do that and know that we could possibly be on that same stage.”

He added, “The setlist will be a cool, career retrospective. A little more about older songs for my fans from back in 2004—they will hear everything they’ve loved over the years. We’ll play songs from all the albums. My whole catalogue—my whole career summed up in a performance.”

Legend also teased, “I did three outfit changes on my last tour, I’ll probably do three or four at most. I don’t like to leave the stage too much because I feel like I should be out there singing. And if I don’t do ‘All of Me’, I should be fired for malpractice.”

Tickets for the residency go on sale Monday, Dec. 13, with shows kicking off April 22, 2022, and running for 24 performances through October next year.