“Keeping Up with the Kardashians” may have called it a day, but that’s hardly the last that viewers will see of the famed reality TV family.

On Friday, Dec. 31, Hulu shared a brief sneak peek at the Kardashians’ upcoming show, set to debut on the streaming service in early 2022.

In the 15-second clip, Khloe, Kourtney and Kim Kardashian are joined by Kris, Kylie and Kendall Jenner to wish viewers a happy New Year, followed by the logo for the new series, apparently titled “The Kardashians”.

Hulu also released a brief synopsis of the new series, which will stream in Canada on Disney+. 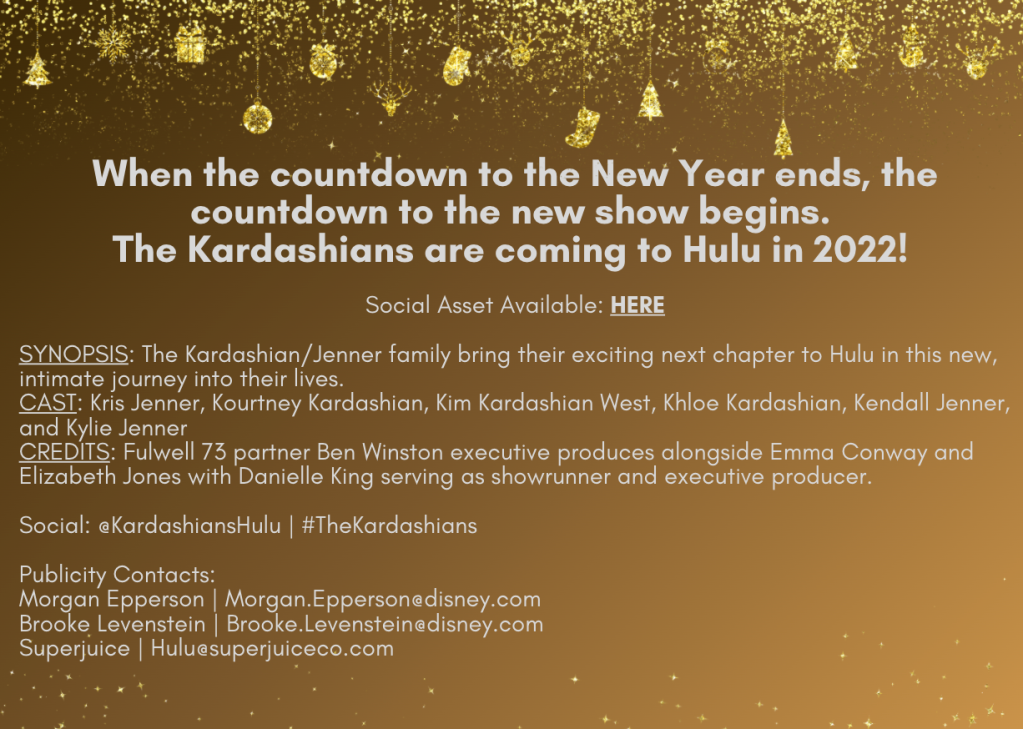 No premiere date has yet been set, but Hulu promises that the Kardashians will “bring their exciting new chapter to Hulu in this new, intimate journey into their lives,” set to debut sometime in 2022.