Google made a sweet gesture to mark what would have been Betty White’s 100th birthday on Monday, January 17.

When you search the late star’s name a message pops up on the screen that reads: “Thank you for being a friend”, a line from the “Golden Girls” theme song, while rose petals flutter down (“Rose” being the name of her character on the show). 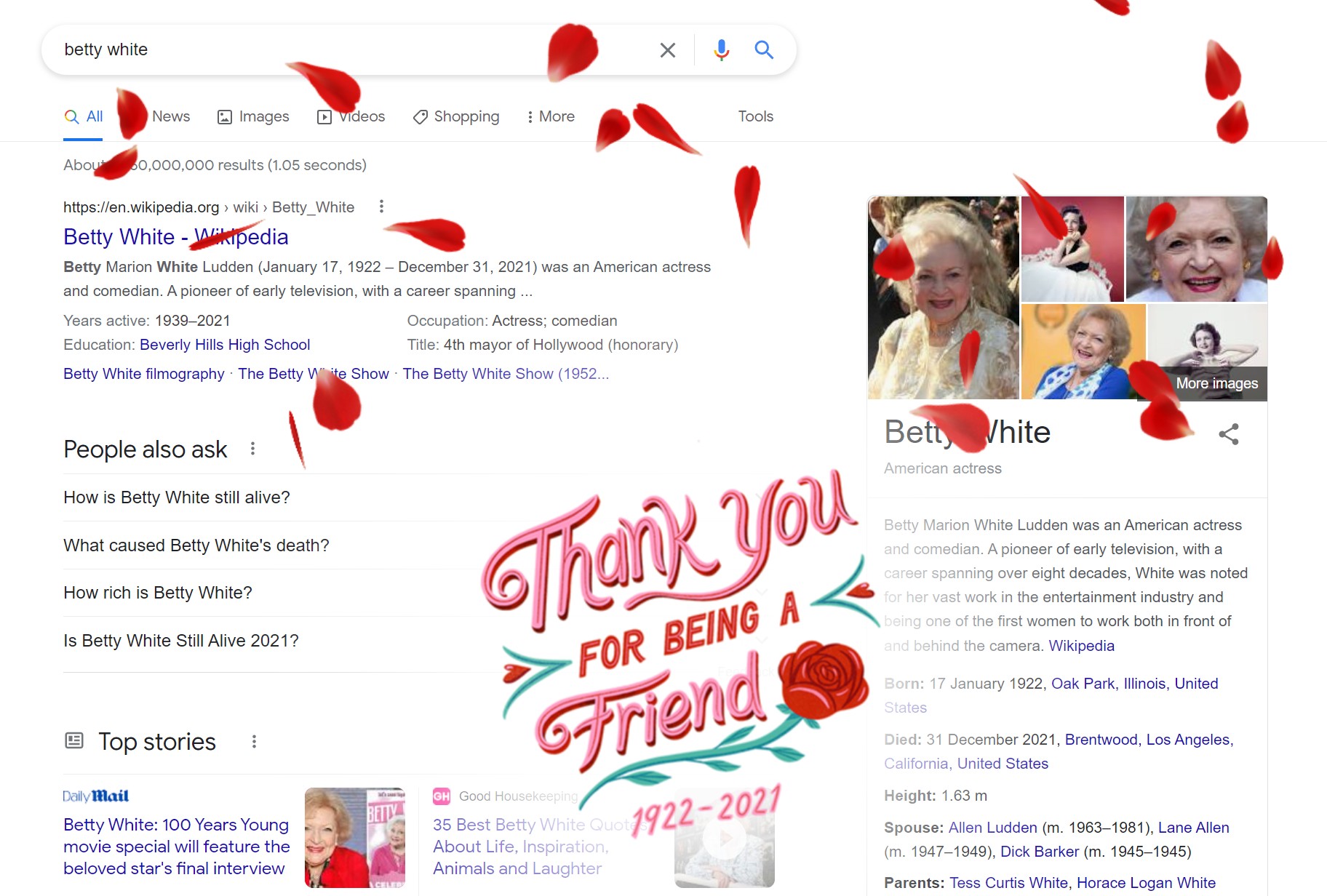 “Jeopardy!” also paid tribute to White on Monday, sharing a series of clues:

White’s last-ever interview will be featured in “Betty White: A Celebration”, which is set to air on the beloved star’s milestone birthday.

The actress passed away at age 99 on New Year’s Eve, six days after suffering a stroke.

White’s agent Jeff Witjas previously told ET in a statement, “I have not seen the death certificate. My statement is that I was told that Betty passed in her sleep peacefully without pain.

“To me this is the most important thing and brings me comfort as her dear friend…. Anything else is private to Betty.”