After she was photographed in New York showing off her baby bump while out on a stroll with boyfriend A$AP Rocky earlier in the week, Riri officially shared the happy baby news with a new pic on her Instagram.

“How the gang pulled up to Black history month,” she wrote next to a side look at the growing bump as she held up her jersey.

Rihanna also included the original photos taken, where she wore a long hot pink jacket with the bottom unbuttoned to reveal her belly, while walking through Harlem.

In November 2020, it was confirmed that the couple were dating after being friends for many years.

Speaking with GQ in May 2021, Rocky called Rihanna the “love of my life.”

Asked about what it was like being in a relationship, the rapper said, “So much better. So much better when you got ‘the One.’ She amounts to probably, like, a million of the other ones. I think when you know, you know. She’s the One.”

Talking about fatherhood, the 33-year-old said at the time that it was “in my destiny, absolutely… I think I’d be an incredible, remarkably overall amazing dad. I would have a very fly child. Very.”

A number of celebrities, including Cardi B, Khloé Kardashian and more shared their congratulations on Instagram. 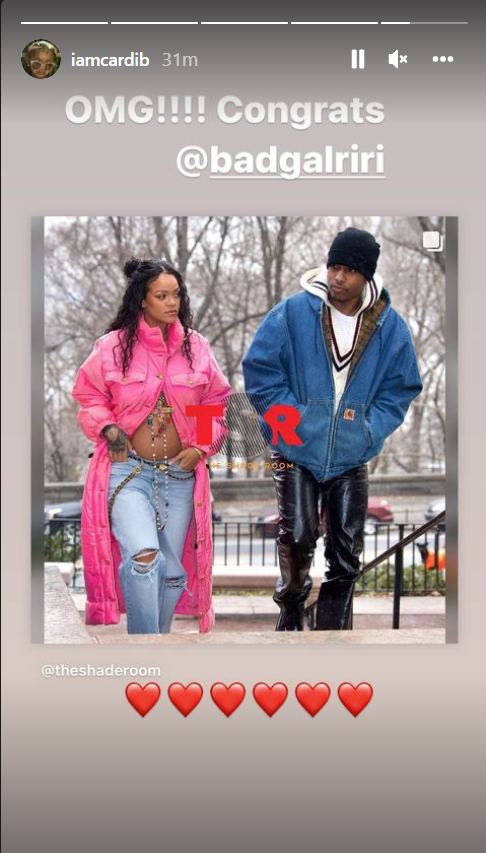 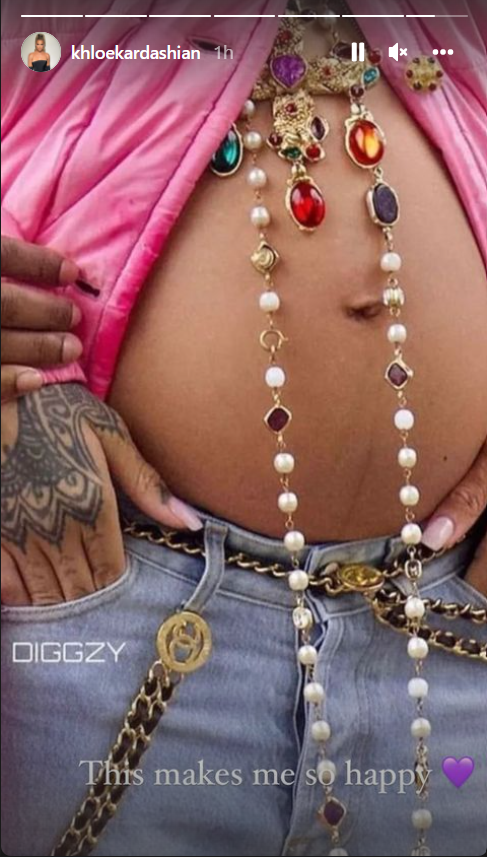 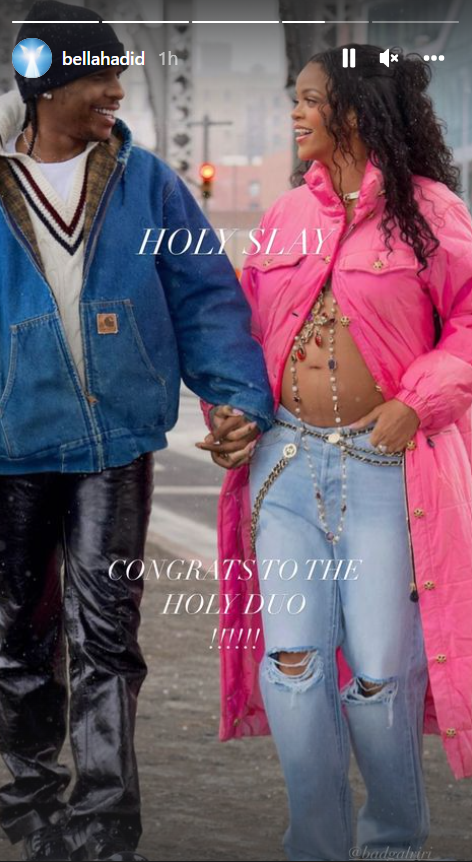 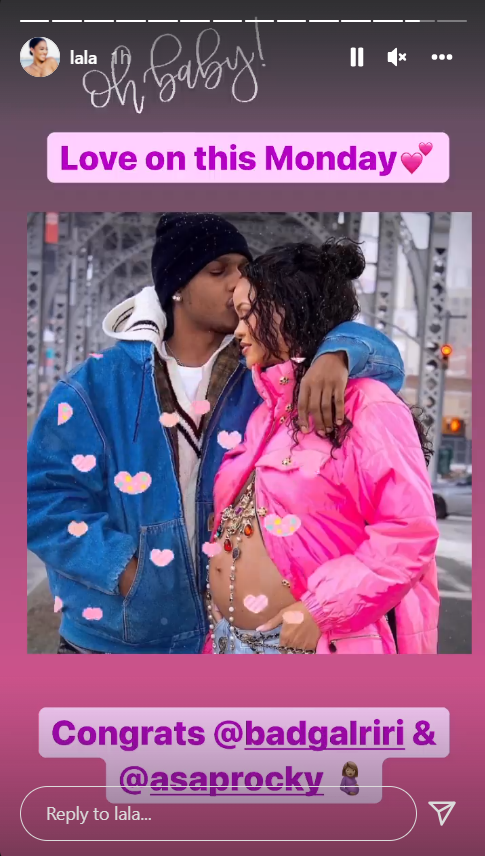 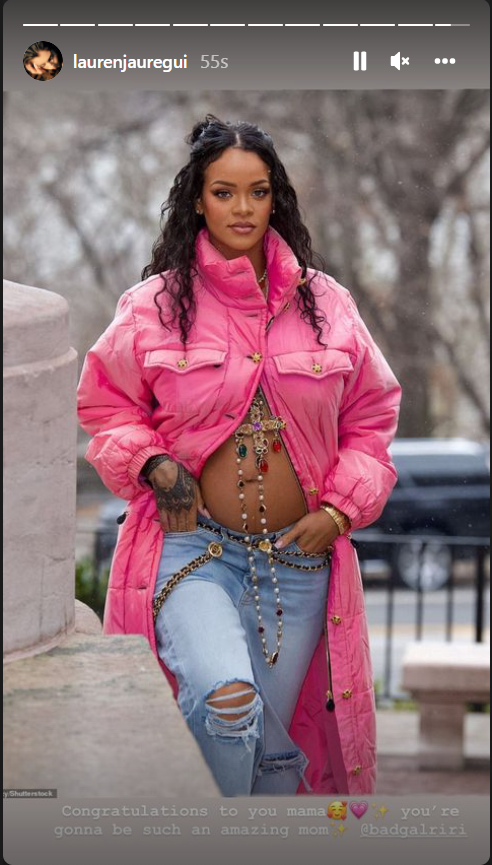 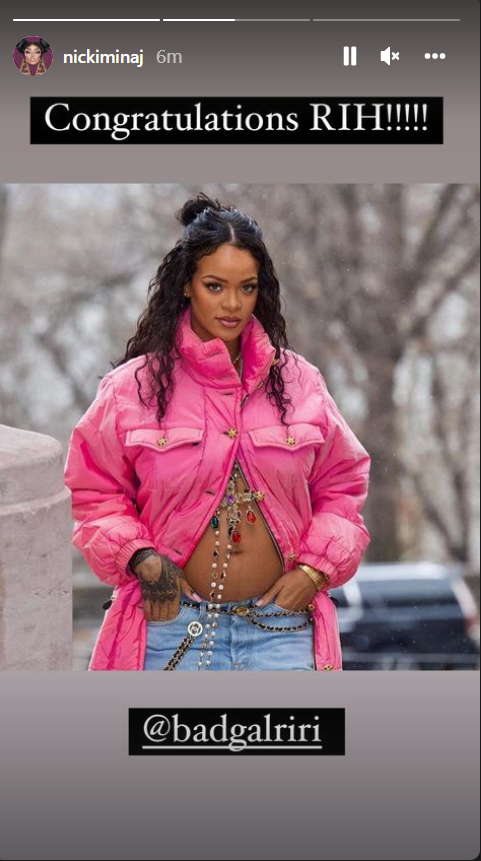 ET Canada has reached out to Rihanna’s rep for comment.