The Crawleys Head To France In New Trailer For ‘Downton Abbey: A New Era’

It certainly is a “new era” for the Crawley family.

Change is afoot in the new trailer for “Downton Abbey: A New Era” as the Crawleys and their staff are on the cusp of the new modern world of the 1930s.

The highly-anticipated sequel to 2019’s “Downton Abbey” sees the family head to the French Riviera on an epic journey of discovery after Lady Violet (Dame Maggie Smith) inherits a villa from someone mysterious in her past.

“Do I look as though I’d turn down a villa in the south of France?” Lady Violet asks her family.

Meanwhile, there’s more excitement in store for Downton as a film director (Hugh Dancy) arrives, ready to use the family home for the set of his latest movie.

Many familiar faces from the beloved series return for the second movie including Hugh Bonneville, Allen Leech, Michelle Dockery, Laura Carmichael, Elizabeth McGovern, Joanne Froggatt, Imelda Staunton, Penelope Wilton and more. Also returning for “A New Era” is writer Julian Fellows, the Oscar-winning creator of the “Downton Abbey” TV series. Fellows has penned the script for the sequel which is directed by Simon Curtis (“Goodbye Christopher Robin”), the real-life husband of star McGovern.

“Downton Abbey: A New Era” lands in theatres on May 20. 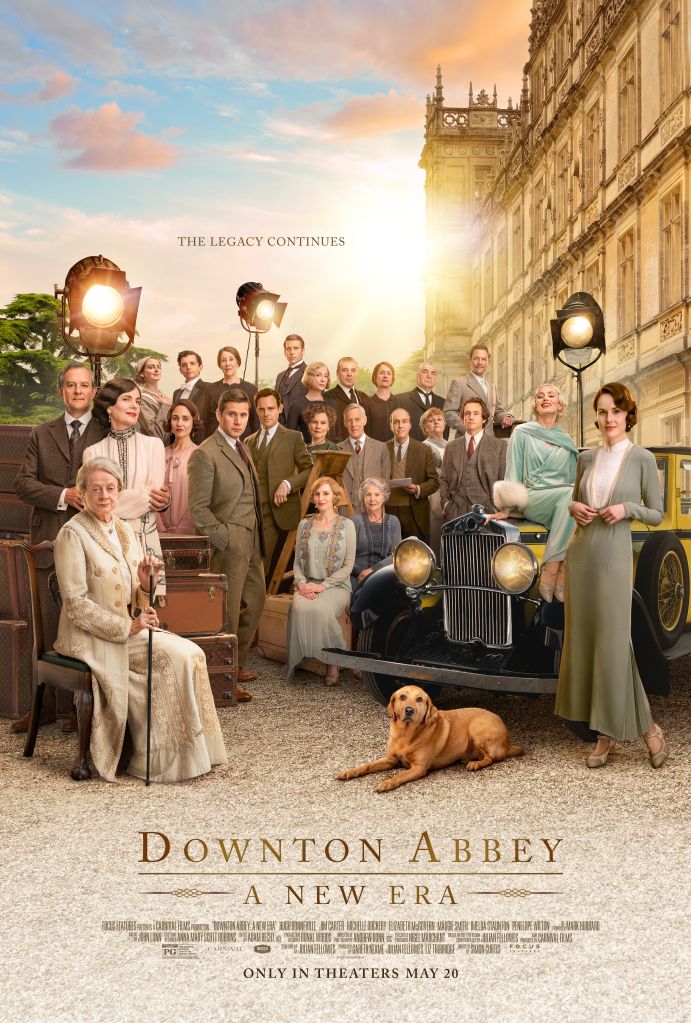