Following the critical acclaim (and an Independent Spirit Award) for his role in “Uncut Gems”, Adam Sandler is once again leaning into his dramatic side in the upcoming Netflix film “Hustle”.

Produced by Sandler and NBA great LeBron James, Sandler plays down-on-his-luck basketball scout Stanley Beren, who discovers an outstanding amateur player (played by newcomer Juancho Hernangómez) while traveling in Spain. Seeing the potential phenom as his ticket back into the NBA, Stanley goes rogue by bringing his discovery to the U.S. without the approval of his team.

“Against the odds,” notes the official Netflix synopsis, “they have one final shot to prove they have what it takes to make it in the NBA.” 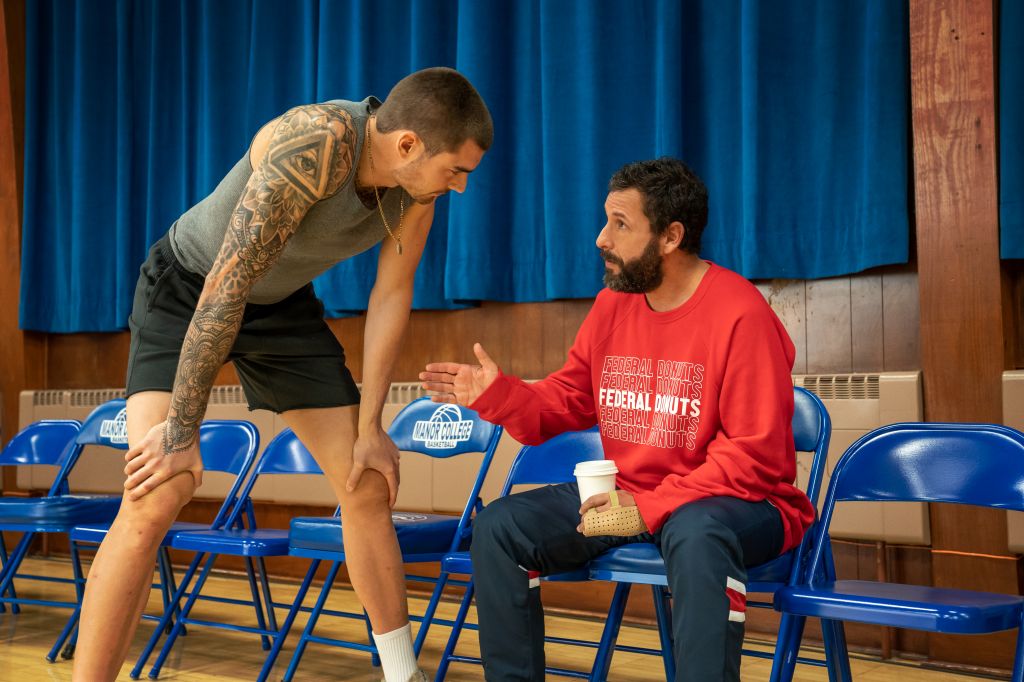 READ MORE: Get A Sneak Peek Of Jennifer Aniston And Adam Sandler On The Set Of ‘Murder Mystery 2’

In a new teaser for the upcoming movie, Sandler is seen relaying the gravity of the situation to Hernangómez’s character. “There’s a thousand other guys waiting in the wings who are obsessed by this game,” Sandler’s character says. “Obsession’s gonna beat talent every time. You got all the talent in the world, but are you obsessed?”

During an appearance on “The Dan Patrick Show” last year, via The Hollywood Reporter, Sandler gushed about co-star Hernangómez.

“He acts better than me in every scene,” Sandler said. “This guy is falling, crying in the middle of a scene, doing the right thing. Every joke he says, I’m like, ‘He said it smoother than I would have.’”