Bass, 43, posted the video on May 16, joining a popular trend on the social media app where users have lip-synced to audio of Heard’s testimony describing the first time Johnny Depp allegedly hit her.

“At this point, we’re sitting next to each other on the edge of the couch,” Heard says in the court testimony. “I was just sitting there on this carpet, looking at the dirty carpet, wondering how I wound up on this carpet and why I never noticed that the carpet was so filthy before,” the audio continued.

Bass recorded his video while on what appears to be a rug. “Reenacting Amber Heard’s testimony,” he wrote in neon-coloured text across the video. He added a caption to his post, writing, “In honour of the trial starting back up…Had to do it.” The former *NSYNC member was referring to the fact that the Heard / Depp defamation trial resumed on May 16 after a week-long break. 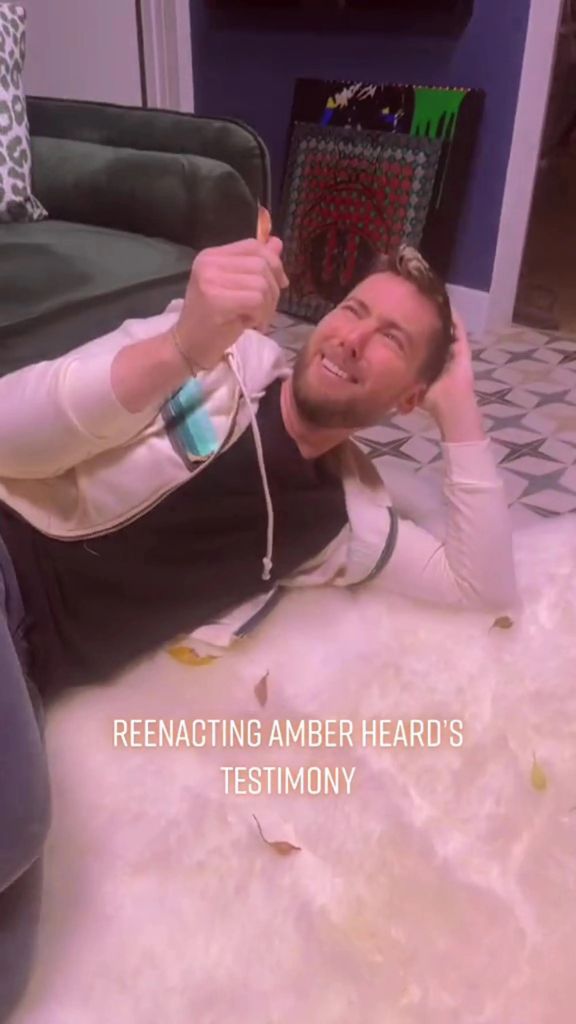 Bass faced intense backlash to his video on social media in the days before he deleted the viral TikTok. “Mocking Amber Heard privately ➡️ watching the TikToks enough times to learn the script to lip sync to for himself ➡️ filming his lip sync until he’s happy with it ➡️ uploading it for public viewing! There are just so many steps Lance Bass could’ve gracefully chosen to stop at,” one person on Twitter wrote.

Another person commented, “[T]he public bullying of amber heard has reached its apex and needs to stop. I don’t really believe what she’s saying but she is a human who has been through trauma and this dog pile isn’t cute anymore. We don’t need to see lance bass act her out: it’s like we try to break ppl [sic].”

Bass was one of thousands who flooded TikTok in recent weeks with videos interacting with audio of Heard’s testimony.

At the time of publication Bass had not issued a statement or commented about his deletion of the video.