Dean McDermott seems to have mended some fences with ex-wife Mary Jo Eustace just in time for their son’s college graduation.

The former couple got together for a drink with their son Jack, 21, in San Francisco on Wednesday night. McDermott, 55, shared a video to his Instagram story originally posted by Jack, showing the Canadian actor and TV personality mid-convo with Eustace, 60, at Bottle Club Pub in San Francisco. 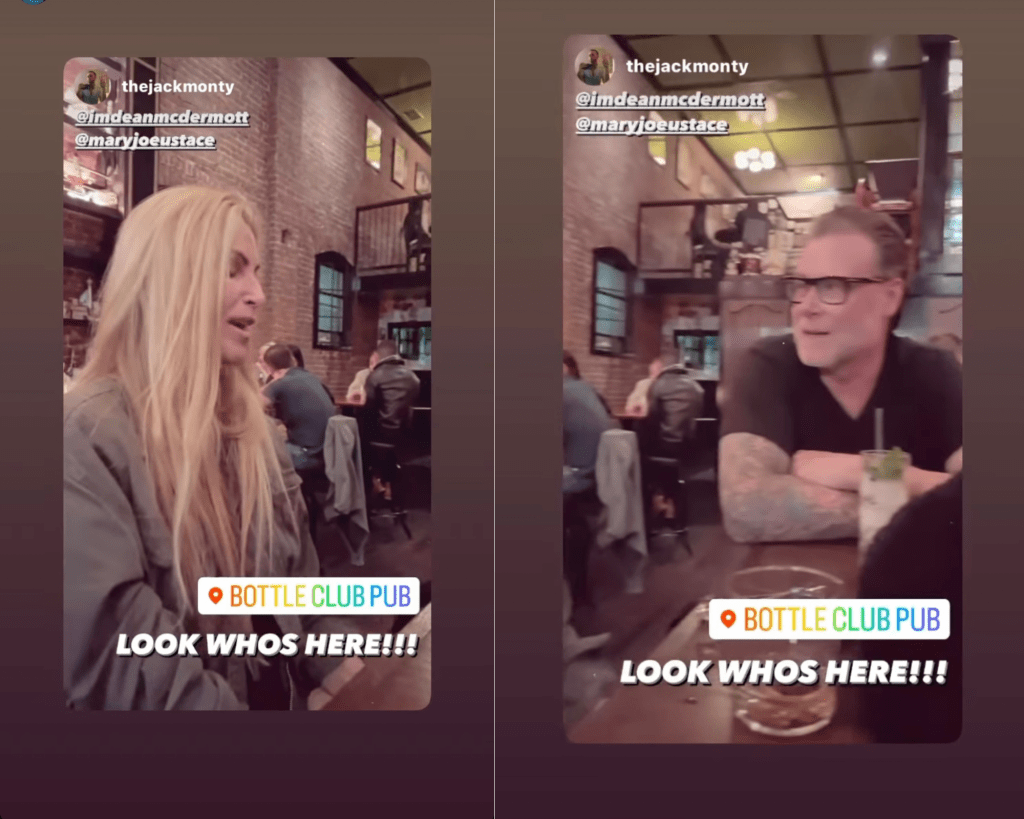 On Thursday, Eustace posted a photo with Jack and Dean on her Instagram, writing, “Graduation San Fran style for @thejackmonty ! #proud #mom #graduation.”

McDermott and Eustace were married from 1993 to 2006 and have had an at times acrimonious relationship since divorcing, at one point not talking for three years. “We would get into this routine,” McDermott explained on a 2019 episode of his podcast, “Daddy Issues.” “She’d text me something or I’d text her and we’d get into this back and forth off just being nasty to each other. And then finally I go, ‘OK I have had enough, I am blocking you.'”

READ MORE: Tori Spelling And Dean McDermott Are ‘Very Much Struggling’ In Their Marriage, Source Says

However, McDermott credited wife Tori Spelling with helping repair his relationship with his ex. Speaking as a guest on McDermott’s podcast, Eustace recalled, “[Tori and I] talked before, but this was a whole new level of love, I have to admit. The first thing she said was, ‘I’ll sit beside you,’ and she did. It was on, it was full game-on. Three or four hours, we had the most amazing time. We had incredible conversations.”

McDermott and Spelling met while he was still married to Eustace. Spelling was also married at the time. The pair married just one month after McDermott and Eustace officially divorced.