This story about secret tunnels running beneath Beverly Hills leading from the homes of Hollywood’s elite to the Playboy Mansion was an elaborate April Fools prank.

An update to yesterday’s story on the Playboy website claims to confirm these tunnels were found with what appears to be photographic evidence of the tunnels, and when you follow the trail of photos to the conclusion only one final photo remains. This one: 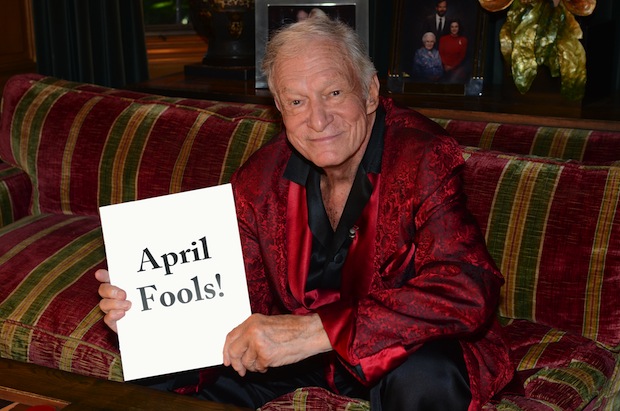 How’s this for a juicy story?

Playboy has posted an article on its web site suggesting Hugh Hefner’s famous mansion has a secret architectural history.

Specifically, a series of underground tunnels that led from the Playboy mansion to the homes of several A-list 1970s celebrities. We’re talking everyone from Jack Nicholson to Warren Beatty to James Caan to Kirk Douglas.

According to the article, one of Playboy magazine’s editors discovered a series of 1970s Polaroids and blueprints detailing a massive excavation project. Speaking with the publication’s general manager, the editor was told, “That’s probably when they built the tunnels in the ’70s.”;

Meanwhile, a veteran staffer reportedly noted — off the record, of course — that the tunnels were closed back in 1989.

Although actors like Beatty and Nicholson were said to be notorious womanizers back in the day, would they really spend an inordinate amount of time and money to attain a direct underground route to Hugh Hefner’s palace? Hey, anything’s possible. Although worth noting that the new Playboy article was released a mere day before April 1 — a.k.a. April Fool’s Day. 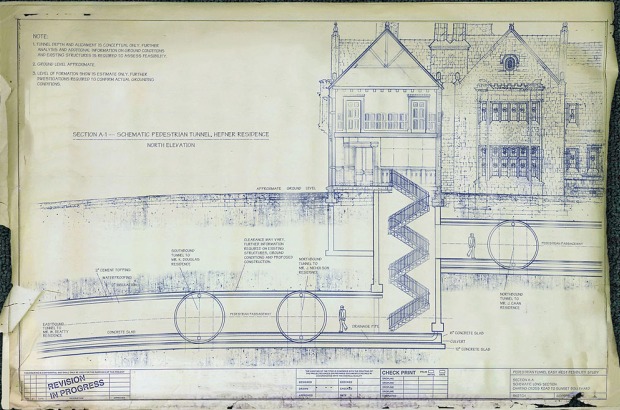