His love for corn earned him viral fame and a day dedicated to him in South Dakota, but now “corn kid” Tariq has a whole lot more than corn to be excited about.

In a new episode of “The Drew Barrymore Show”, the talk show host surprised the 7-year-old corn enthusiast with a $5,000 voucher for iconic toy store F.A.O Schwarz.

“We have another surprise for you. We know you love to play and use your imagination,” Barrymore said as Tariq rubbed his hands together in anticipation. “It’s F.A.O Schwarz and they are celebrating their 160th anniversary and they’re gonna give you a $5,000 shopping spree.”

READ MORE: Drew Barrymore Reveals The One Thing Britney Spears Didn’t Have At Her Wedding Which Made Her Love Her Even More: ‘I Was Like, ‘Thank You!”

As his jaw dropped, Tariq then screamed in joy and started making his way over to the cheque before adorably deciding to go and hug Barrymore first.

“This is the best day of my life!” he shouted to the audience before accepting the gift. 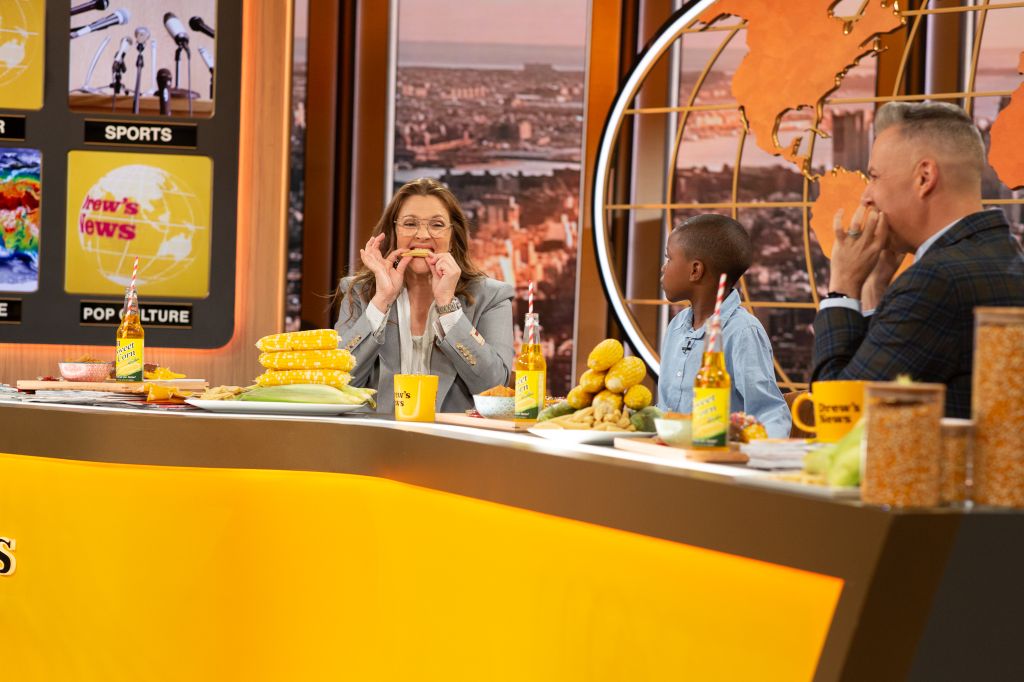 Tariq went viral after sharing his love for corn in an interview with YouTube channel “Recess Therapy”. Earlier this month, he visited South Dakota’s Corn Palace, where Governor Kristi Noem named him the state’s official “Corn-bassador.”

The Corn Kid came to South Dakota’s very own @Corn_Palace!!!

“Before we taste, I’d like to make a toast,” Tariq said, frowning after taking a sip then pointing his thumb down at the drink.

“Dessert corn” was up next — a cob of corn covered in Nutella and sprinkles. Excited, Tariq tasted the sweet treat by hilariously licking off the sprinkles first.

“This is the best corn I’ve ever had in my life!” he enthused, showing two thumbs up.

Barrymore then introduced Tariq, also known as the “CEO of Corn,” to baby corn, which he concluded “tastes like rainwater.”