Adam Levine is unveiling his new single “Ojalá”, a new collab with Maluma and duo The Rudeboyz that marks the Maroon 5 frontman’s first-ever Spanish-language track.

Set to be released later this month, the new single will be accompanied by a music video directed by Diane Martel via talent incubator NEON16 & Sony Music Latin. 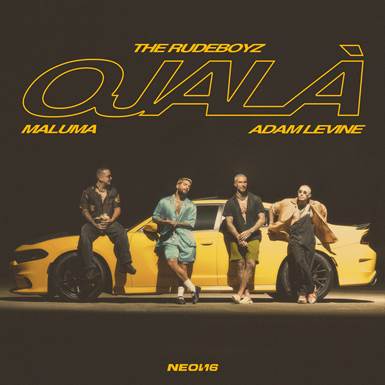 Ahead of the new single’s release, Levine teased a snippet of the song on TikTok.

According to a press release, Levine developed a love for Latin music and culture that has continued to grow during the numerous years that he and Maroon 5 toured in Latin America.

On the band’s recent album Jordi, he collaborated with Anuel AA and Tainy on the track “Button”, sparking a desire to sing in Spanish that came to fruition in “Ojalá”.

Back in June, Maluma teased what was then a mystery project when he shared a photo of himself and Levine in a recording studio together.