The rock band The Neighbourhood announced Sunday evening that they have ousted their drummer, Brandon Fried, after being accused of groping María Zardoya, of the band The Marias.

The first allegation came Sunday when Zardoya took to her Instagram story to level an allegation against Fried.

“I was at a bar last night, and i was groped under the table by brandon fried, the drummer of the neighbourhood. it was one of the most uncomfortable things i’ve ever experienced. i felt an invasion of my space, privacy and body,” Zardoya wrote.

“@thenbhd ya’ll need a new drummer, this guy is a complete creep,” she added.

Shortly thereafter, The Neighbourhood took to its Instagram story to reveal that Fried had been fired from the band.

“We are grateful to Maria for coming forward. We have zero tolerance for any kind of inappropriate behaviour towards women,” the wrote. “As a result of Brandon’s actions, he will no longer be a member of The Neighbourhood.” 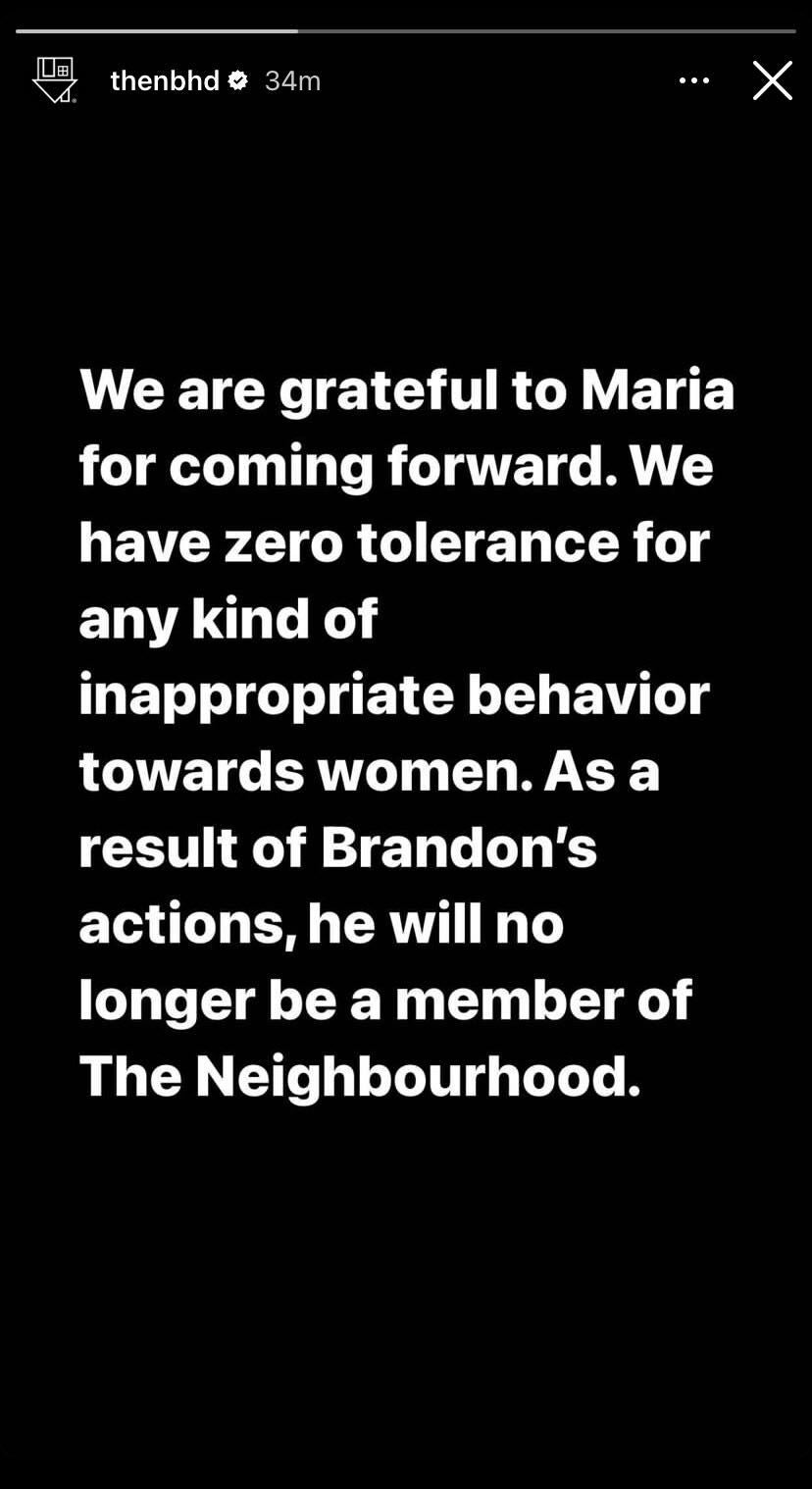 Minutes after that, Fried shared a message apologizing for his actions and blamed his behaviour on substance abuse problems.

“I am so terribly sorry to Maria. My actions were inexcusable and intolerable,” Fried wrote. “They are not reflective of who I am as a person, but clearly a reflection of who I become while under the influence.”

“It is evident that I must address my problems with alcohol and substance abuse, which I am now seeking help for,” he continued. “I want to apologize to women who have been victims of any behaviour that has left them feeling uncomfortable or violated. I am so sorry to The Neighbourhood and our fans for letting them down.” 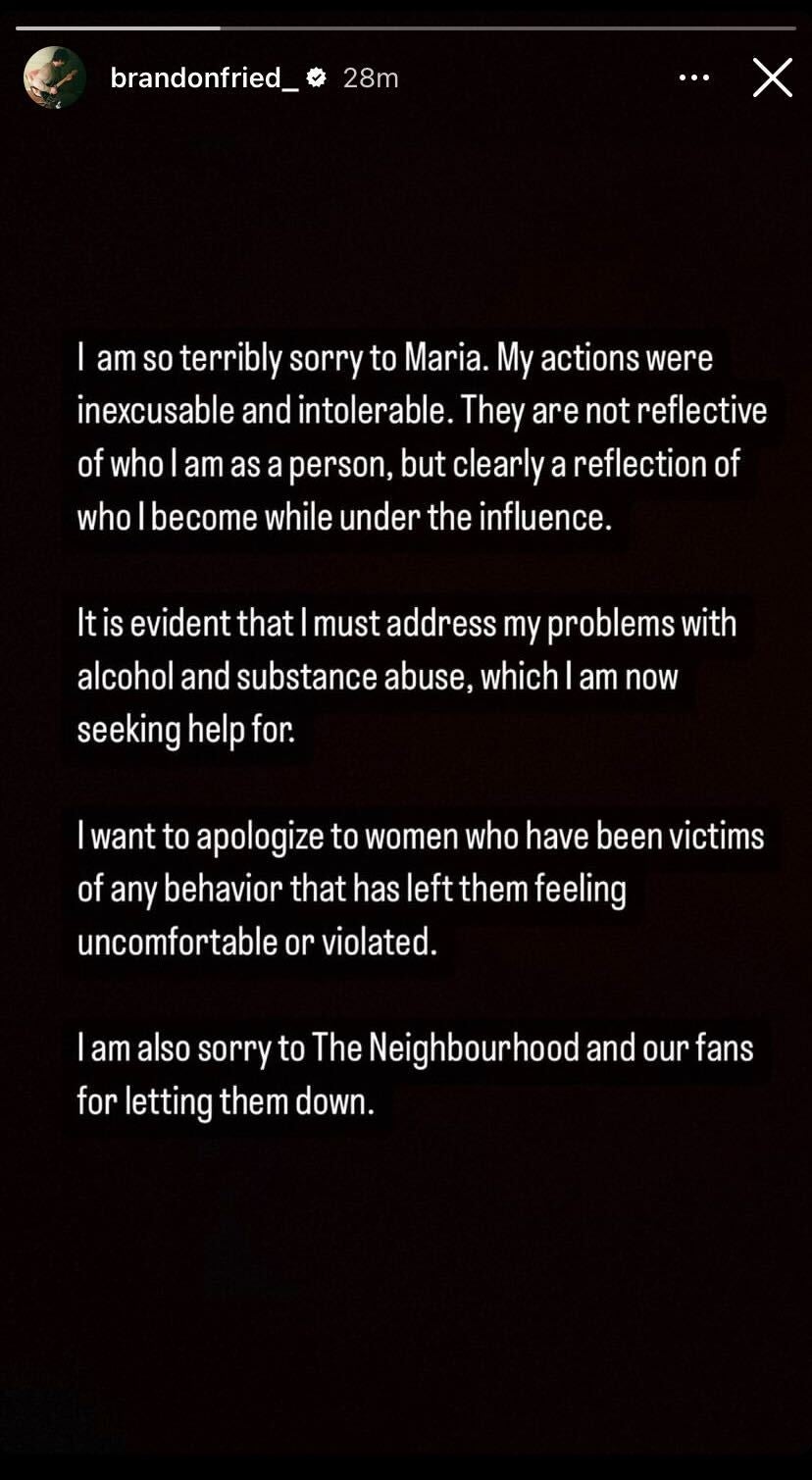 Their relationship has drawn criticism over their age differences, with the 31-year-old Rutherford getting heat for dating the 20-year-old Grammy winner.