You Shall Not Pass, Sir Ian McKellen reminded us. Not only is that a quote from his character, Gandalf the wizard in The Lord of the Rings movies, but it was also plastered on the back of his underwear during an on-stage costume change. 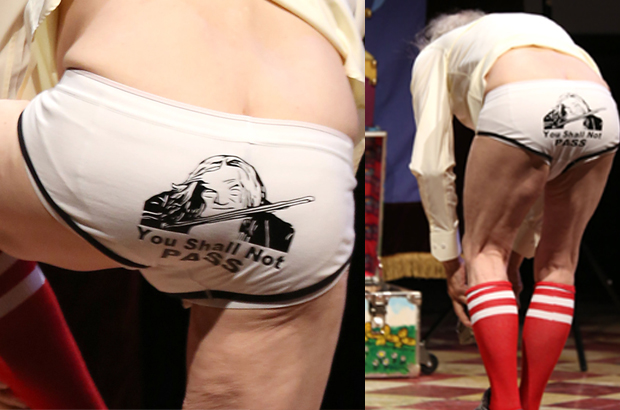 That’s right, Sir Ian was not afraid to show off his bod, and made an unabashed move to change his clothes in front of spectators during the Only Make Believe Gala in New York City on Monday. 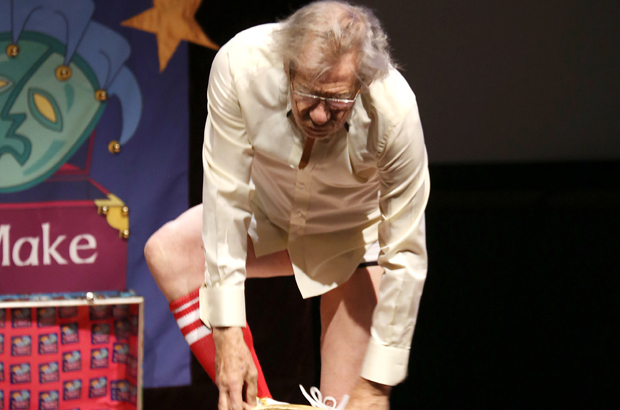 The 74-year-old boldly pulled down his pants and turned around to show his backside to the audience. The slogan “You Shall Not Pass’ was written in black on his white underwear.

Fans of the Peter Jackson films will remember Gandalf blocking the dragon Balrog on a bridge as he bangs his staff shouting “You shall not pass.”;